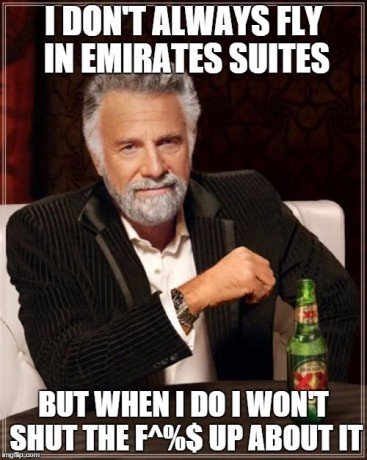 I was debating whether or not I should do another Emirates First Class Review, since it was the same A380 flight with the same configuration, and it was only about a six-hour flight. But I decided I would review it anyway, and for only one reason: this flight (unlike the one from New York) featured Dom Perignon Rose, and that changed everything!

It didn’t change a thing. I like DP Rose, it’s turned out, as much as I like the original Dom (meaning I don’t). People either get it or don’t get it. I don’t get it, sigh.

This report will be peppered with some pics that are not my own. You will easily spot the difference. That’s because I’m a lousy photographer, and when I can find pics that are better than my own, I go for them. Don’t see any reasons why you should suffer, too.

On a slightly-related note, I am looking for a point-and shoot camera that would take low-light photos without me having to go to college to learn the settings. Do these exist?

Here is the thing that altered my perception of the DXB First Class lounge, which, I’m sure, is as fabulous as people say it is. Three things actually. Or five. 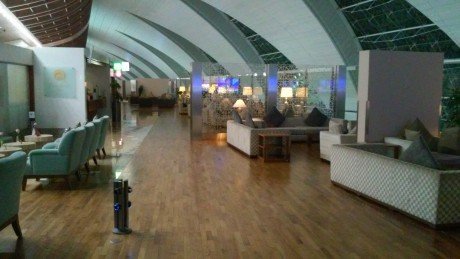 The idea was to get to the airport by 8PM—that would give me about two hours in the lounge as my flight departed at 10:30. Unfortunately, I slightly miscalculated the time I would spend getting back and reclaiming my carry-on. Being that I had to walk from Dubai Mall to the train for 25 minutes, then wait for my bag at the Left Luggage for about 10-15 minutes, then walk through the security (there was no line, but it’s a long walk), I only got to the lounge about 8:30. And when I did, there were two strategic tasks I had to perform:

The Emirates First Class Lounge shower let me down big time with tiny cabins and non-working drainage that promptly flooded the floor and my shoes. Amazingly, this wasn’t the first time I’d encountered that issue in a first class lounge, but somehow, I didn’t expect it from Emirates. Oh well… 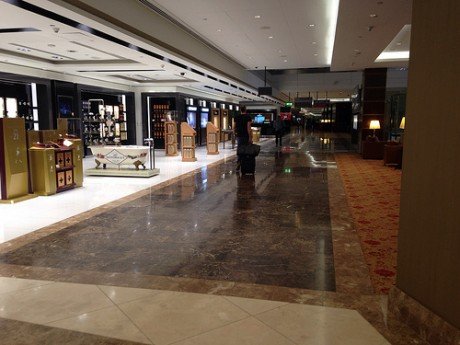 The only time-slot available for the massage was at 9:15, which meant that I didn’t have enough time to fool around—that’s what I call dining, and besides, I wasn’t hungry at all. Still, I spotted some sushi rolls and some interesting local snacks that I had to try. The waiter seemed perplexed and even upset when I explained that I didn’t have the time to order. The rolls and snacks were good. I wish, I had written down the names of the local snacks I liked, but I didn’t…

So then it was the time for the massage, which, although it was pretty good, did nothing for my backache. In the next 15-20 minutes I had left, I grabbed some coffee, and took a few lousy pics. 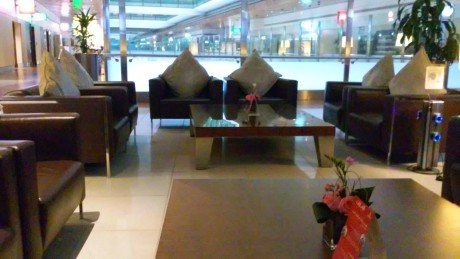 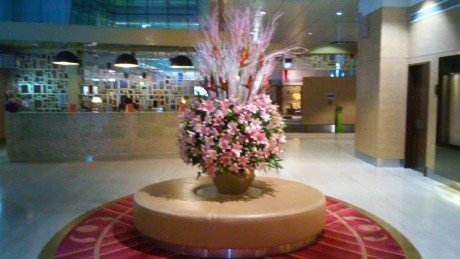 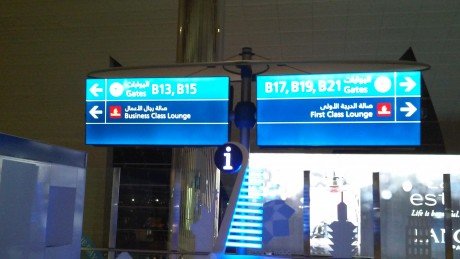 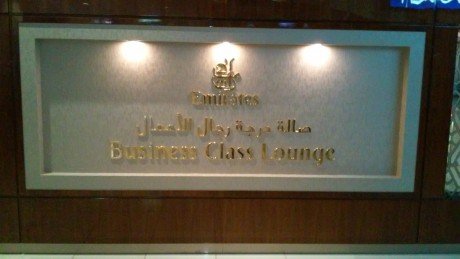 I had the same seat  in the first row I was in on the flight from New York. The plane was the same, and the flight attendants also represented 12 or 15 countries, I don’t remember. There was one difference, though. I was so tired that I found it hard to even sit straight with my eyes open. Although I did, because I won’t miss the caviar. No matter what!

After I was done with the caviar, I went to change and then spotted my old $1,000 friend next to all other goodies. I did snap a photo, but it came out grainy. Luckily I found a substitution on Flicker. Amazingly, the bottle was untouched, just like in the pic. Can you spot it? 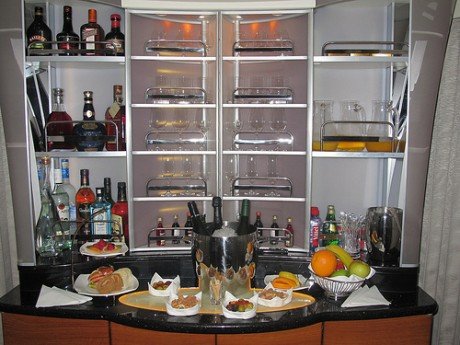 Hennessy Paradis with other goodies in the front bar by: Rae Slater

Went downstairs to check out the Business Class bar. It was empty, and I was in no mood for drinking anyway, so I promptly got upstairs and found my bed turned down. Cool! Again, not my pics, sorry. 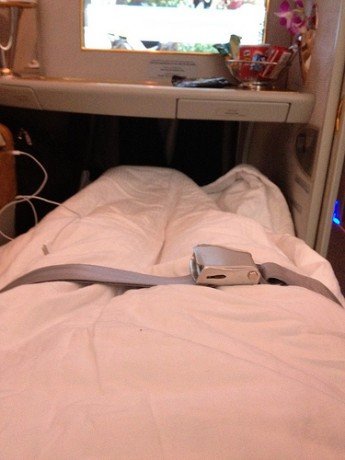 As soon as I got into the bed, the flight attendant inquired when I wanted to take the shower. I asked for an hour before landing and she said it was not available, so I asked what spot was available, and she said 3AM. I would’ve only had about three hours to sleep, so I did the unthinkable. I declined hot shower! At 40,000 feet. And then declined breakfast also. Travesty!

We were a little late, and getting to the gate took a while, so I managed to watch another episode of Better Call Saul. The “Fast Track” immigration line at BKK was crawling. Stayed in line for over an hour, and can only imagine how long a regular line would’ve been.

You did what?????
You declined the hot shower?
What the hell is wrong with you man?
You let down The Hobby with just ONE move like this!
No wonder The Hobby is dying when hobbyists decline things like that!
Hey, that first photo is hilarious too 🙂

I know, right? Trading the Emirates shower for an extra hour to sleep. It’s unbecoming.

I gotta tell you though, this shower is the most invigorating thing that can happen to you on a flight, no gimmics about that.