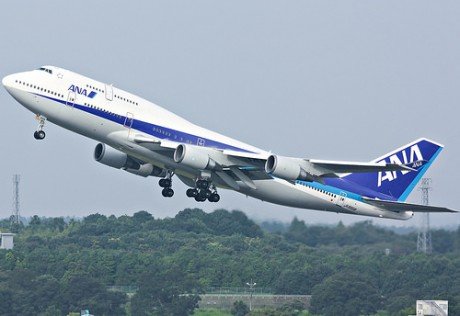 Yesterday, I booked a flight for me and my cousin Timmy to Brazil on ANA miles. Booking ANA awards on non-Star partners isn’t easy, mind you, but it worked. Eventually. Although not without some drama.

I’ve written about ANA on more than one occasion. It’s an awesome, five-star airline. Their distance-based chart used to be great. Their region-based chart isn’t bad either. Their recent devaluation on some partners flights sucked, but mostly because of the two-week notice. It cost us 16,000 miles more to redeem our flight yesterday than it would’ve been 3 weeks ago, as it used to be 80,000 miles in business to South America, rather than 88,000.

Unfortunately, the new ANA award search engine is absolutely atrocious. The ANA website used to be THE place to go to find available Star partners awards, but it’s not the case anymore. The current engine only allows you to look for the flights to one zone, and even worse, when there is an error, they will only tell you on the last page. Imagine that you are working with a complex itinerary, stringing your flights together, finding available flights believing everything is in order, and then at the last moment—BOOM—it gives you this.

And then you have to start all over again!

So if you are building an itinerary that is slightly more complex than a primitive roundtrip flight, or a flight to only one zone, it stands to reason to pick up the phone and call them. Fortunately, the ANA representatives, at least the ones I’ve talked to, are cordial and knowledgeable. And they will try very hard to get you what you need.

ANA has a crapload of partners

Aside from your usual Star Alliance suspects, ANA has the following partners:

Of course, many of these partners will cost you an arm and a leg in fuel surcharges, but some won’t. TAM, for example, has excellent availability in business class between the U.S. and Brazil, and doesn’t add these bogus “scamcharges”. But, no matter how good ANA agents are, you still need to nudge them in the right direction, which means search for available flights beforehand. If you are not subscribed to Award Nexus or Expert Flyer, you need to remember that TAM is a member of OneWorld. Go to Qantas or the British Airways website and search for your flight (I prefer BA, despite their lousy search interface, because they are more accurate, IMHO). Not all JJ flights you find on BA will be available on ANA, but in my limited experience, most are. 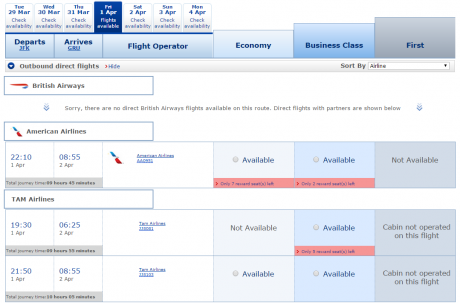 American, by the way, also has decent business class availability to/from Brazil, and their new 777 configuration is better than TAM, but AA is not an option for an ANA award.

Where I am going

I have been to Brazil multiple times, and this is my most favorite single country in the world. I want to spend a couple of days in Sampa (never been there somehow), but I also want to visit Salvador, Bahia and see Iguazu Falls again. I went to Iguazu in 2007 (I think) and was overwhelmed, so it’s time to revisit. 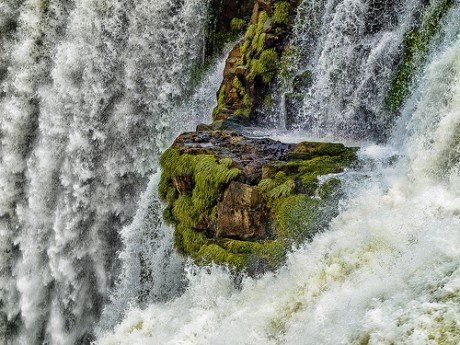 And no, I will not go to Brazil without spending a few days in Rio, no matter how many times I’ve been to the Cidade Maravilhosa. Judge me all you want…

So here are the places I want to visit (and revisit) in Brazil. What do you think? Doable on the same ticket?

Well, it is. Almost. But with some modifications, of course.

A few months ago, Travel Is Free presumed that ANA disallowed stopovers in their new chart unless you fly to or from Japan or on a RTW ticket. He had all the rights in the world to make this conclusion because ANA couldn’t have possibly made it more ambiguous even if they had tried.

What the hell does that mean? Can anyone possibly decipher that?

Luckily I have, but only after playing extensively with whatever remnants of their used-to-be-great search engine ANA had left intact. The keyword here is “other than Japan“. Basically, you still have a stopover and an open jaw for any award flight, including partners. Why couldn’t they just say it, I have no idea!

Not only that, but you are allowed to backtrack, which is not obvious from their explanations. 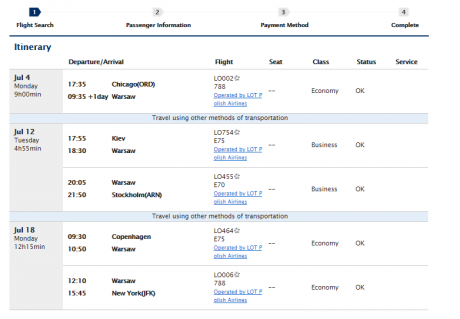 There was a little drama after the booking, when the agent told me it had been rejected by TAM, and they were unable to ticket it. I couldn’t get anything else out of her except that their code was rejected by TAM, and they couldn’t do the ticketing, They put me on hold two more times but weren’t able to find the reason. Long story short, I had the ticket in my email two hours later, so I have no idea what it was.

Here is my itinerary. There are a couple of domestic Brazil flights that I haven’t booked yet simply because I’m debating whether to use Avios for TAM or United for Azul for one domestic flight (Azul is a United non-Star partner, so can’t book it with ANA). But that’s gonna be easy enough. 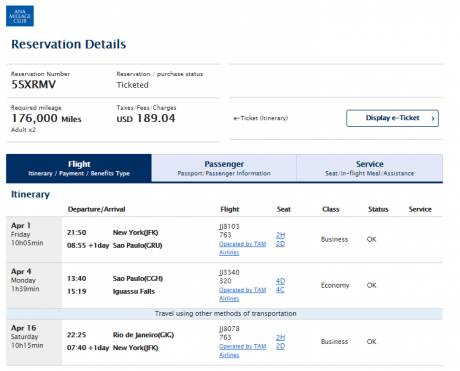 Andy, how is your first screenshot Open Jaw? It looks more like 1 stopover + 2 Open Jaws, ain’t it? Chicago to Warsaw, 7 days later Kiev to Stockholm and 6 days later Copenhagen to JFK.
Also, did you have to book US number to book that?
And I guess you can use your own ANA account for making a booking for both of you?
Thanks a lot, very informative post

Sorry, I meant to call US phone number to book that

Boris, thanks, will make the correction. Yes, 2 open jaws, stopover, backtracking, and it works. Of course, I didn’t try to complete the booking, but I’ve never heard that ANA would error out at that point, unlike, I don’t know, Delta. But it’s not impossible, I guess. I did call the U.S. number, yes, and didn’t have to wait at all. Called around 5PM EST. Their “immediate family” requirement is not an issue at all. In-laws count, so that can explain the last name difference. I registered Timmy online while I was on the phone with the agent, and was… Read more »

[…] Booking ANA Awards with Stopover and Open Jaw (The Lazy Traveler’s Handbook). ANA still on my list to study. […]

Hi, Andy, I thought of you when, recently, I booked a trip for myself to Brazil and Argentina for February 2016. One of my travel newsletters announced that American Airlines had put São Paulo on sale for R/T flights from New York — and I quickly snagged the itinerary . . . for just $511! And because American is converting to a revenue-based program in the second half of the year, it’ll be my last chance to give my account a boost with a long-distance travel purchase. I spent two months in São Paulo for modeling in 1991 — though… Read more »

Peter, I am going to follow in your footsteps in April, well, almost. 2 days in Sampa, followed by Iguassu, Salvador, and Rio. A couple of tips. 1. Staying at Sheraton is a great choice, but do not neglect the Brazilian side. It’s gorgeous! 2. A good guide can make or break your Iguassu trip. If on your own, be careful crossing the border, you MUST “check out” of Brazil and “check in” on the way back, or you might face a substantial fine. Locals may not know or care about that. 3. You probably know that, but you do… Read more »

THANK YOU, Andy, for the tips! I will definitely be following up on them! Your itinerary sounds terrific. You *know*, when your trip is over, I’ll be excited to read about every itsy, bitsy detail that you write about it! Sometime I should tell you about how, last Sunday (12/6), I would up spending *all afternoon* purchasing the tickets for my three flights within Brazil. How come it took so long? Briefly: Aside from all the time I spent researching and fine-tuning my choices (a process that, actually, had begun days earlier), I discovered that — by purchasing on line… Read more »

8 Reasons Why ANA Is a Powerhouse Airline - Upon Arriving

[…] one of the very popular stopovers is Hawaii while coming or going to Japan. Not only that but you can also get up to two open jaws, allowing you maximum flexibility and endless options for maximizing the value of your […]