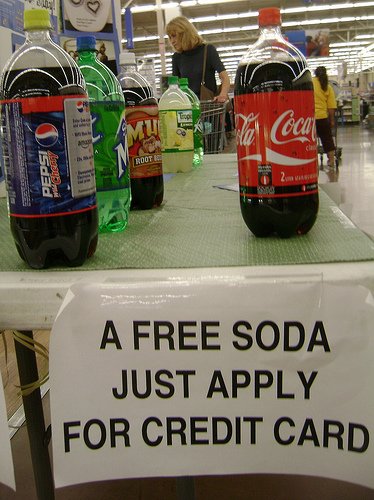 No, this is not the Grand Prix

I do these kinds of rants every year, but this year is different. There is already a guy pretending to be a president, so I feel like an impostor. Well, too bad, I’ve been here first.

Allow me to explain.

For us, hobby veterans, things have kept sucking

An onslaught on our venerable hobby has continued in 2017 with more banks following Chase’s, Citi’s, and Amex’s leads. My guess is, hunting credit card churners has become some kind of sport in banking circles judging by the fact that they have devoted, it seems, increasingly disproportionate resources to combating a minuscule number of people who’re trying to game the system.

I’d be surprised if it were just business, and nothing personal

I believe there is an element of the personal in this “witch hunt.”

Maybe I feel this way because this has been the first year since 2010 (I think) when I’ve collected less than a million miles and points (and that’s for me and my wife combined). Considerably less. That’s simply embarrassing!

I believe this onslaught is unreasonable because they’re using a nuclear warhead to swat a fly. RAT teams, really? Shutting accounts for buying a gift card? Really? I know this topic has been a subject to a zillion debates and I also know that many of you disagree, but that’s because some of you, just like the banks, might not see the whole picture. Credit card churners are still but a drop in the vast ocean of card holders.

Yes, credit card churners (and gamers in general) are a whiny and noisy bunch. Yes, travel hacking has become more popular than it was 5 years ago. Open Reddit or Flyertalk, and it seems like everyone is churning, hacking, and MSing to their heart’s content. But you know what? That’s an illusion. Go to a cemetery and you’ll swear that everyone in the world is dead.

While your ego might disagree, we are nothing but remoras

Never heard of remoras? Look it up.

“Remora front dorsal fins have evolved to enable them to adhere by suction to smooth surfaces and they spend their lives clinging to a host animal such as a whale, turtle, shark or ray. It is probably a mutualistic arrangement as the remora can move around on the host, removing ectoparasites and loose flakes of skin, while benefiting from the protection provided by the host, and the constant flow of water across its gills. Although it was initially believed that remoras fed off particulate matter from the host’s meals, this has been shown a falsehood; in reality their diets are primarily composed of host feces instead.”

Why are they overreacting?

Unfortunately, if there is anything we can count on, it’s that pendulums swing. There used to be times when banks would give a credit card (with a corresponding bonus) to anyone when the FICO said yes. Now they’ve jumped to another extreme, and that causes them to lose customers who have nothing to do with churning.

Amex’s once-in-a-lifetime and Chase’s 5/24 “rules” are plain stupid. They cause a lot of collateral damage. Seriously, how many non-credit card churners remember which card they applied for a few years ago. Now they see an ad, apply, and get babkes. But, that’s fine, I’m sure they’ll understand (NOT!).

As to the Chase’s 5/24 rule, it counts authorized users. That tells me everything I need to know about how “well-thought” it is.

Let’s just think about it for a moment.

Say you’ve applied for 2-3 credit cards within 24 months and a family member added you as an authorized user on another 2-3 credit card accounts. Does that make you a churner?

They’ll get pissed that they’ve been denied a credit card despite a high FICO score, and they won’t touch these banks again with a 10-foot pole if they can help it. Banks with the most draconian rules like Chase, Amex, and Capital One will feel the pain one day. When this day arrives is another story, probably at the dawn of the next economic downturn.

Read a brief summary of the credit card rules here.

OK, so that’s sorted, what about newbies?

For newbies, things still couldn’t be better. Seriously! Just like it was the case when I wrote my first book 5 years ago, the caches of miles and points are still there for the asking. One can get hundreds of thousands of miles and points a year, at least in the first 2 years; it’s just that the rules have changed. And they will keep changing. And that’s OK.

It’s just a general idea, presuming you haven’t gotten a single credit card in the last 24 months (a huge presumption, I know). And by the way, you can find all the DIRECT  LINKS you need here and here.

Since Chase won’t give you most their cards if you’re over 4/24, go with Chase first. Get Chase Sapphire Preferred, Chase Freedom (or Freedom Unlimited), Chase United Explorer (when it offers at least 50,000 miles), and Chase United Club (when it offers 50,000 miles, like right now). Somewhere in between, get business cards that shouldn’t count for the 5/24 rule: Ink Preferred and United Explorer Business cards.

Note that “shouldn’t” doesn’t mean won’t, since nothing in this hobby is guaranteed. Check this Freequent Miler post for more.

Since Chase won’t give you all these cards in one sitting, spread out your applications and take as much time as you need. A lot of things depend on your credit score, income, and the length of credit history. Don’t apply for any other cards just yet.

Expenses out of pocket for the first year: $450 AF for the Chase United Club.

After you’re done with Chase, switch to Citi. There are three Citi AA cards including a Business card; each usually comes up with a 50,000-60,000-mile bonus. Unfortunately, you can only have one bonus for a personal card from the same family, so you’ll have to pick one. Add the Barclaycard AAdvantage cards (including a Business card) that currently have 40,000-60,000-mile bonuses. Then apply for Citi Premier – if it still has a 50,000-point sign-up bonus.

The total cost for Chase, Citi, and Barclaycards in our scenario will amount to $610, but in return, you’ll get a shitload of miles and points that will keep you going for years, not even mentioning all the perks and benefits that come with the cards including access to United and Star Alliance airport lounges, free checked bags, etc.

If $610 is too much, just skip the Chase United Club card. And if you mostly fly domestically, skip a Freedom card too and grab 2 Southwest cards instead, Business Premier and Plus, which would get you 100,000 points combined. That’s very close to the Companion Certificate (110,000 points), which is, essentially, a free companion ticket, whether you pay in cash or points. Just spend a little more and the Companion Certificate is yours.

If you use this route, your total cost for the first year will be $358 ($168 for the Chase Southwest cards and $190 for the Barclaycard AA cards).

Then take a long break… or get going

Here is a beauty. You don’t have to be a bona fide, hardcore credit card churner to travel for free. Unless you have a large family and/or must always travel in business class, you can take a 2-year hiatus at this point. And if you do have a family – apply with a spartner and grab twice as much. Not all Chase cards are subjects to the 5/24 rule, so you can get more. And we didn’t even touch on American Express, US Bank, Bank of America and others. Hotels cards are not nearly as valuable as they used to be, but seriously, free is free.

Unfortunately, taking a hiatus is hard after you get a taste of the possible. This stuff is addictive – you’ve been warned. Again!

Capital One Spark Business Card: Direct Link to $1,000 Offer UPDATE! DEAD AS OF 11.18.17 Wow, that was fast. Congrats to those who got it! I have a “lesser” affiliate $500 Capital One Spark Business Card offer, which I “unbolded” for the time-being. You’re welcome! 🙂 Per Doctor of Credit who broke the story in… END_OF_DOCUMENT_TOKEN_TO_BE_REPLACED

Why Chase Sapphire Reserve Sucks or Revenge of a Nerd

Do you really need another Chase Sapphire Reserve Review? Don’t you already know how fabulous, incredible, magnificent (insert an adjective of your choice here) this card is? Don’t you know that it’s a great moneymaker despite the cruel $450 fee, that it has a great trip protection coverage; hell, you do know how it’s the greatest thing… END_OF_DOCUMENT_TOKEN_TO_BE_REPLACED

Only on Reddit, ladies and gentlemen, where else? If you took this innocent clickbait seriously, shame on you! You shouldn’t expect any best credit cards offers ever. At least until the next economic downturn. Although, between you and me, some of the current offers are pretty damn good! As far as best credit cards go, the… END_OF_DOCUMENT_TOKEN_TO_BE_REPLACED

On March 30th, I applied for the following cards for my wife: 30K AMEX SPG (Business) 80K + 7K Chase Marriott 25K + $100 BofA Alaska 25K BofA Alaska (Business) Shortly before that she had applied for the targeted 60K Citi AAdvantage card. She was instantly approved for all cards except the Marriott. And then… END_OF_DOCUMENT_TOKEN_TO_BE_REPLACED

There used to be times when you could easily find Singapore Suites Award Availability. No more! Since Singapore Airlines became partners with all four U.S. transfer programs: SPG, AMEX MR, Chase UR and Diner Club, KrisFlyer miles have become too easily accessible for the airline’s taste. Availability has drastically dwindled. Nowadays, Singapore puts practically all… END_OF_DOCUMENT_TOKEN_TO_BE_REPLACED

Back in the Game—Miles, Points and Credit Cards

On Friday, I came back from my second epic Asian trip (keep in mind, any trip that lasts more than 10 days is “epic” to me), and all I can say is “Wow”! Visited Bangkok, Kuala Lumpur, Hanoi, Halong Bay, and Dubai (albeit for only 12 hours). Flew on Emirates, Malaysia and Korean—all for the first time… END_OF_DOCUMENT_TOKEN_TO_BE_REPLACED

I am feverishly getting ready for my second “epic” Asia trip, so haven’t had time to dig much on my own. Here are the miles and points deals stolen from all over the internet in no particular order. 150 Easy SPG points You can get 150 SPG points and 300 Quinta points in 2… END_OF_DOCUMENT_TOKEN_TO_BE_REPLACED

Here are some interesting Miles, Points, and Credit Card News Expiring Deals First of all, about what’s not expiring. The Citi HHonor Visa card 75,000-point bonus was set to expire on Sep 30. That’s not going to happen. They removed the expiration date from the old application, but just in case, here is a new one anyway: … END_OF_DOCUMENT_TOKEN_TO_BE_REPLACED