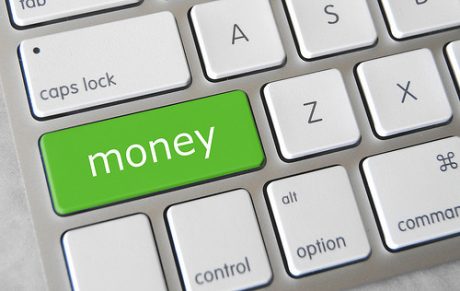 As ridiculous as it sounds, I have indeed lost my credit card affiliate links

Not that they made any difference anyway – I maybe pulled a few commissions in the course of several months. Thank you so much to those of you who supported me on the blog, by the way.

I only had a few credit card affiliate links on my resource pages, and I’ve never inserted them into the posts or pushed them in any other way. For one thing, they weren’t major links, anyway, and, besides, I have a tremendous creative difficulty crafting posts around affiliate links. Somehow, it feels, I don’t know – wrong?

Despite the lack of major credit card links from this affiliate I was happy about working with them because they never pushed me to sell. There were no quotas, no pressure, and I could choose only the links with the best bonuses that I felt comfortable to offer to my readers. I always disclosed which credit card links were affiliate links, and which were not, despite the fact that they were for the best respective bonuses anyway. As many of you might know, I passionately believe in the blogger’s right to make money, but I also believe in disclaimers and putting the reader first.

That all stopped when the affiliate company sent me a demand to remove the disclaimer. I told them politely that I wouldn’t be able to and explained why. The reply I received was extraordinarily rude. It advised me (again, in a very rude form) that they were severing our relationship.

Now, please understand this – the guy I was dealing with is one of the nicest and most polite people I’ve ever met. I was stunned – not by the termination of our agreement – but by the way it was announced. It was pretty much when I realized what enormous pressure banks apply to the affiliate companies they are working with.

To his credit, he sent me a few more emails where he apologized for the outburst and offered some insights (although not without stinging me for not having better traffic).

“We were not against you having a disclaimer. We disapprove the way how your disclaimer was written because such disclaimer does not follow the compliance policies of many card issuers.

“…the way how you wrote the disclaimer was a huge compliance risk.

“If your disclaimer stated that you received commission from advertisers and/or you link to our home page or travel-card page, it would be completely acceptable. But the disclaimer that you had was not acceptable by some banks.”

Quite honestly, I don’t understand why disclosing a financial relationship would be a “compliance risk” to a bank, while saying that you might have a financial relationship with a bank wouldn’t. But in any case, this vague and, sadly, typical disclosure wouldn’t work for me at all. I only had from 4 to 7 credit card affiliate links on my credit card resource pages. In the meantime, I list dozens of unaffiliated credit card links with the best bonuses, and I don’t want the readers to think that all or most of them earn me commissions (because it’s not true).

Maybe when (or rather if) I get off my ass and finally monetize this blog somehow, I’ll also get to concoct this generic, inane, and insulting, even to the least intelligent life form, disclaimer about how I “may receive compensation etc., etc.,” but from where I’m standing right now it just doesn’t make sense.

Farewell, my lovelies. Back to square one!

If you are a reluctant credit card user with a reasonably thick credit file, banks want you. Badly! It’s like that joke, remember?  How banks love giving loans to people who don’t need them. Same thing. Banks hope you will become loyal and spend lots of dough on their credit card so they can… END_OF_DOCUMENT_TOKEN_TO_BE_REPLACED

I don’t do coupons or those special $5-10 off deals, etc. for 2 reasons. First, because there are other bloggers who do it better than me, and second, because these kinds of savings don’t inspire me, personally. I’m just not a coupon kind of guy, that’s all I’m saying. But this one-day Ebates 13%… END_OF_DOCUMENT_TOKEN_TO_BE_REPLACED

First, my best credit card offers in the world are updated. Miles Credit Card Offers Points Credit Card Offers I’ve decided to create a weekly digest. The above is an experimental title, which I’m sure I’ll want to change at some point. People (smart ones) keep telling me that I have to be more consistent, as… END_OF_DOCUMENT_TOKEN_TO_BE_REPLACED

So, what’s up with credit card offers? It’s been a slow week. Chase Ritz-Carlton Offer Is Dead! The Chase Ritz-Carlton 140,000-point credit card offer is dead. RIP! They have replaced it with a 1-night stay bonus, which is, well, meh. In addition, the Flyertalk thread is reporting increased difficulties with getting the annual $300 credit… END_OF_DOCUMENT_TOKEN_TO_BE_REPLACED

According to Doctor of Credit and Flyertalk, the terms for the Citi ThankYou Premier credit card will change on April 19, 2015. When someone revises their T&C nowadays, it rarely means improvements, but this time, the changes are mostly positive. Here is a little Before (04/19) and After: Before: Earn 3 Points per dollar… END_OF_DOCUMENT_TOKEN_TO_BE_REPLACED

Things have been a bit slow in the last month, but there have been some new developments. Chase British Airways Card with 50,000 Avios Bonus Waives the Annual Fee Chase has recently introduced a new policy for most of their cards. If you haven’t had the bonus within the last 24 months (and aren’t currently holding the… END_OF_DOCUMENT_TOKEN_TO_BE_REPLACED

I have updated my two lists of the best credit cards in the world for free flights and free hotel stays. No affiliate links and/or conflicts of interests there, folks, only pure goodness! Killed some dead links, and added new options. For newbies and a couple of folks who have sent me emails: please do… END_OF_DOCUMENT_TOKEN_TO_BE_REPLACED

To tell you the truth, I wasn’t going to blog today. I spent a couple of days in Atlantic City with my family, helping the local economy to recover from those devastating blows that the sudden influx of competition in the neighboring states has inflicted on this once thriving municipality. And then I had to get… END_OF_DOCUMENT_TOKEN_TO_BE_REPLACED

I catch a lot of flack for not covering hotel promos. I just don’t. I have this ridiculous desire of writing about things that interest me. That does backfire at times, as different people have different interests. My situation is unique, as I rarely pay for my travel. I rarely go on a business trip, and… END_OF_DOCUMENT_TOKEN_TO_BE_REPLACED