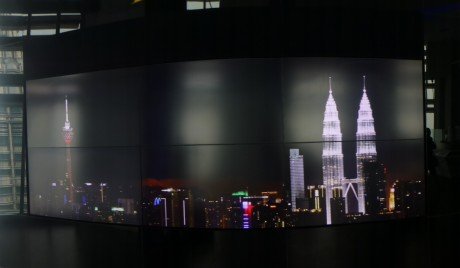 My previous reports are here:

But before everything else, make sure to check the forecast. Fireflies and rain don’t mix. We learned the worst possible way…

Tip: if it’s rainy on your third day, and that’s all the time you have, do the monkeys and the fireflies rather than a Hop-On! There are a lot of things to explore in Kuala Lumpur, but the monkeys are more fun!

Standing at 1483 feet, the Petronas Towers is not the highest structure in the world, but it doesn’t mean they aren’t as gorgeous as Burj Khalifa. Having climbed Burj Khalifa a few days earlier, which is almost twice as tall, I must say that at some point above the sea level, height doesn’t matter anymore.

After browsing the hotel and pigging out at the Makan Kitchen buffet, we went to the Executive Lounge balcony. Low and behold, there they were. 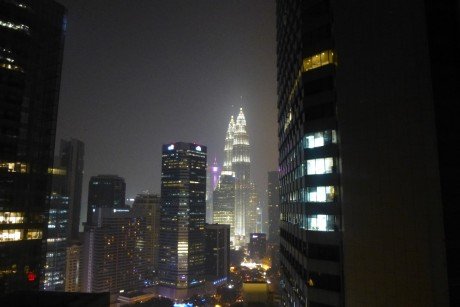 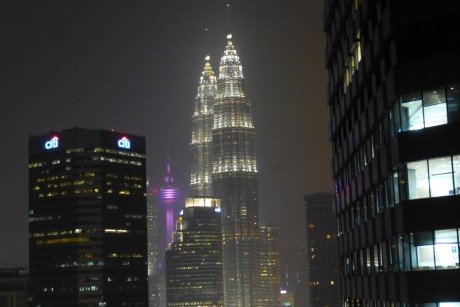 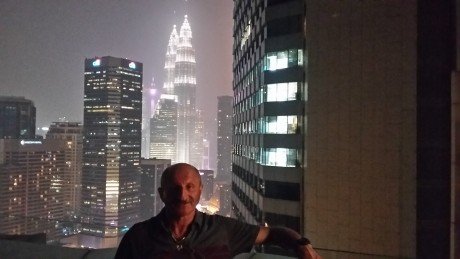 After the photo shoot was over, we went there to get a closer look. We did the same thing the next evening too, just because it was so beautiful. 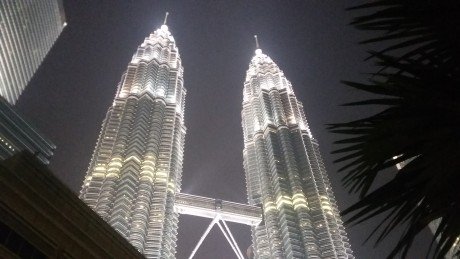 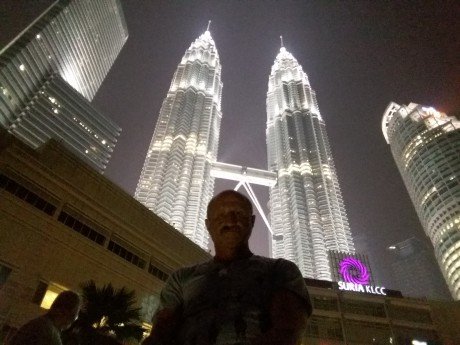 KL Hop On Hop Off

Next morning we took the KL Hop On Hop Off bus. I often use HOHO buses wherever I go, not just to see and learn more about the place, but also as an affordable mode of transportation. Local transit buses might or might not cost less, but you don’t have to stress over guessing where you need to take off. Unfortunately, we were short of cash, and HOHO buses in KL don’t take credit cards, so we had to go across the street from the bus stop to change the money. To avoid that, just book online and get a discount, too. At about $10 a day, you can’t go wrong, and our bus stop was only about 10-12 minute walk from the Doubletree.

KL Hop On Hop Off Bus 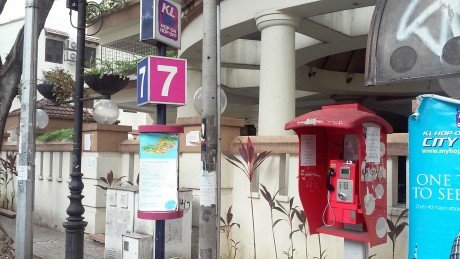 The bus takes you everywhere or almost everywhere you might want to go to on a short visit. There are several main attractions within walking distance from the Central Market, such as Sri Mahamarjaman Temple and  Jamek Mosque. Here are some pics, but do keep in mind that Kuala Lumpur is one giant construction site and finding a vantage point with an unobstructed view was… well, good luck to us! 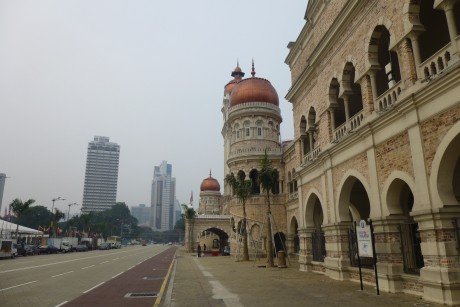 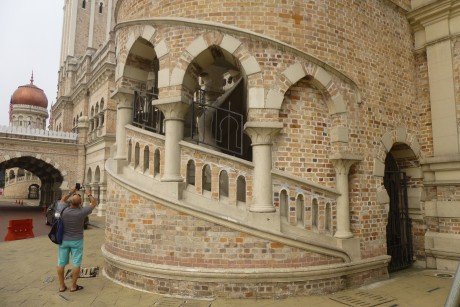 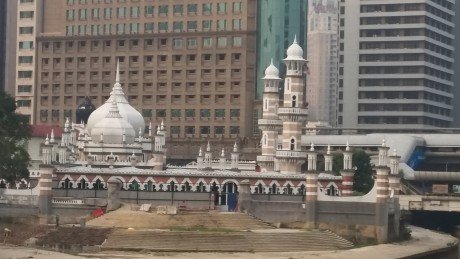 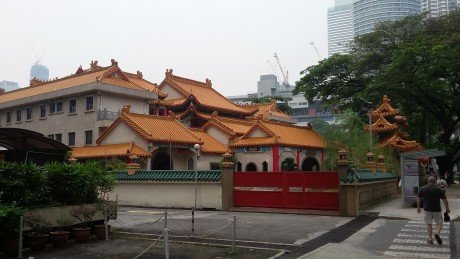 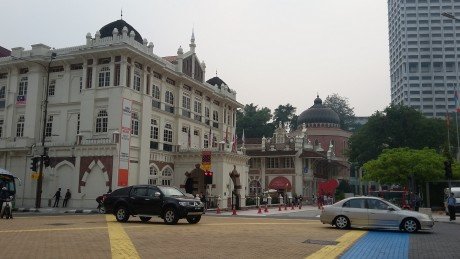 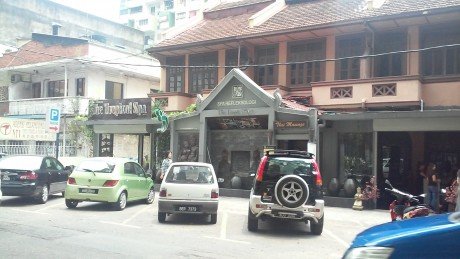 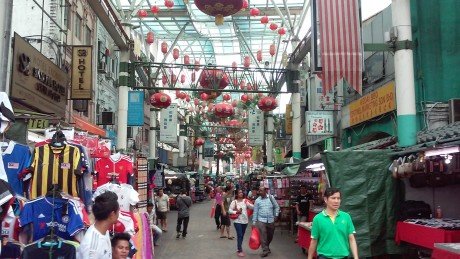 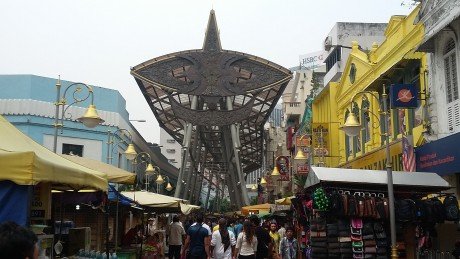 I don’t think there is anything I can add anything about the Petronas Towers that haven’t been said before, so here are just a few pics. If you noticed how hazy my pics are, that’s because it’s always hazy in KL. Not my words—the locals’! This time, the haziness was caused by some forest fires in Indonesia. The sign downstairs will honestly tell you if the view is hazy or not, but it doesn’t matter, because you will climb it anyway. And you must! 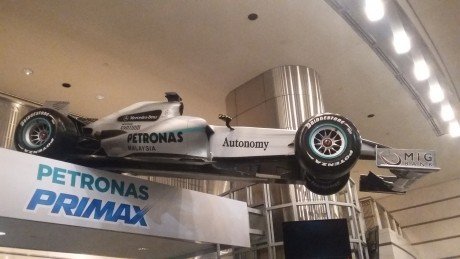 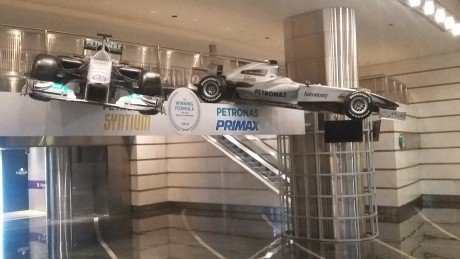 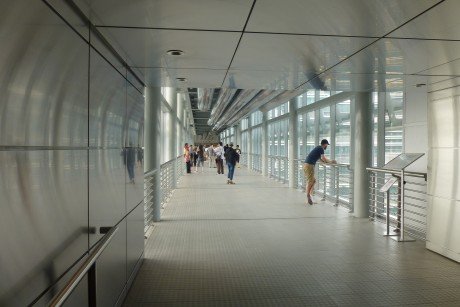 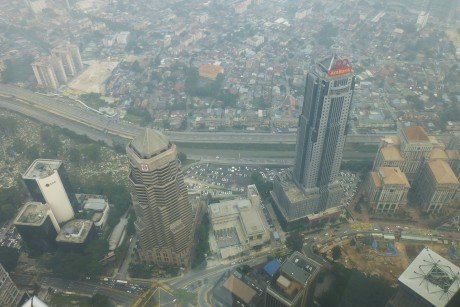 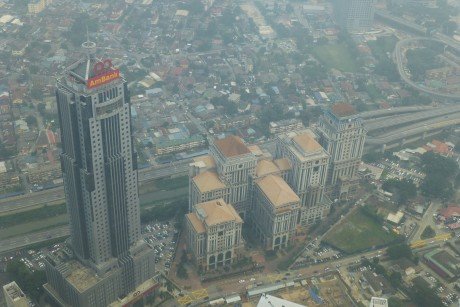 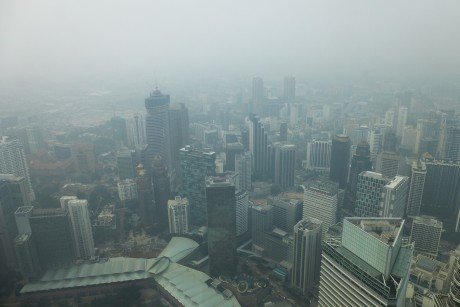 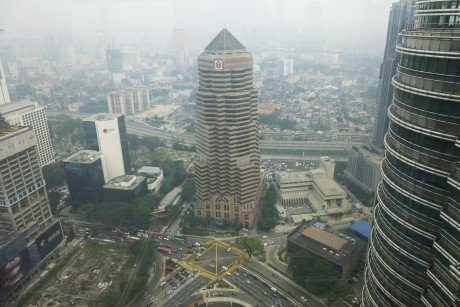 Next and Final Part: Kuala Lumpur taxis, Silver Leaf monkeys, and the consequences of lack of planning.