As you might know, I’m traveling in Brazil during the World Cup. Please forgive me if I post sporadically for the next 10 days.

I love PreCheck! I don’t always get it even though I am a “trusted traveler”, but when I do get it, it is really great. No scanning machine that may or may not give you cancer, no taking off the shoes, no taking out the laptop, and the security line had the whole two people in it: me and Timmy. Awesome!

I had a rare privilege of visiting the Admiral Lounge twice, courtesy of my new Citi AA Executive card. First time before our flight, and second time… one more time before our flight. What happened? Well, apparently they lost the captain and the second pilot, and the flight was delayed by 1:45 total. After 45 minutes on the tarmac, they let us out of the plane and ladies at the Club had already waited for us with an apology and four premium drink coupons. And before you ask, yes, we did put those coupons to good use.

What I truly hate about these goddamn bloggers (like this idiot for example) is the lack of coach flight reviews. Their first class reports are so damn predictable! Oh, you must read my report or you will never know which I got, Crug or Dom Perignon. Is the suspense killing you already?  No sir, what people really want to know is how well they packed the back of the bus. 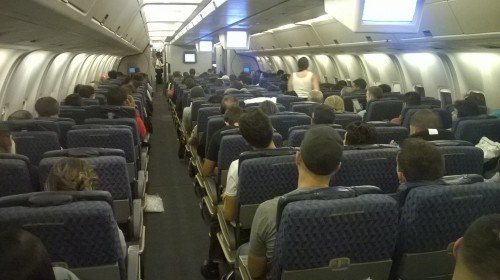 Well, I have to report that they did a fantastic packing job for this aircraft. Every airline that packs their seats in such a way that I can’t even open my small laptop deserves an industry award. At first, I thought Spirit Airlines was uncatchable, but then I flew Airberlin to Berlin, United to Panama City, and yesterday American to Rio.  Now, if I had to choose the winner, it wouldn’t be so easy.

Food service deserves a couple of words too. Caviar? Caviar is for suckers! I’ll take chicken with that green thingy any time of the day. Oh, and any day, too. 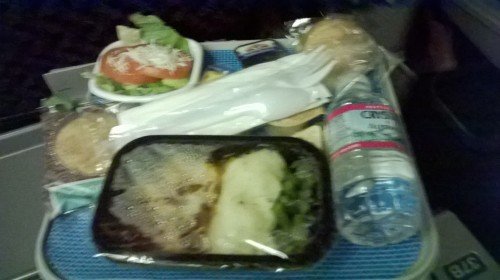 Personal Entertainment System? Come on, American doesn’t have it on this 9-hour flight, even in the First. Who needs all these confusing choices, when you can easily do the trick with just a few CRT monitors placed stratigicallly throughout the cabin? Oh, and making sure that trying to plug my headphones will produce a killer screeching sound was a nice touch, too. 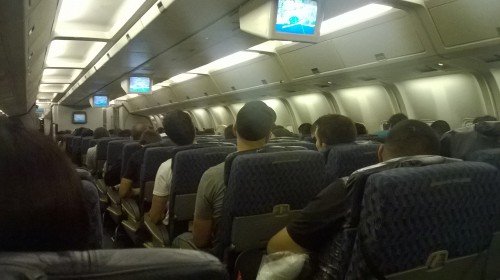 Flat or even flat angled beds are for suckers, too. Everyone can get a few hours of sleep in a flatbed. Try AA coach and stay fresh, instead. You only live once and AA makes sure you don’t waste your life on sleeping in their airline cabin. Look how happy my cousin Timmy is before the flight… 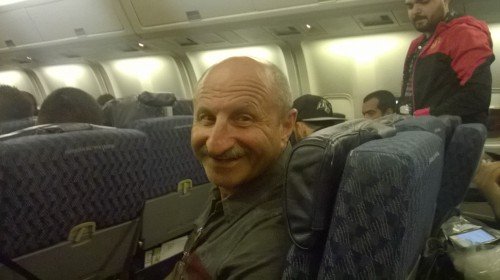 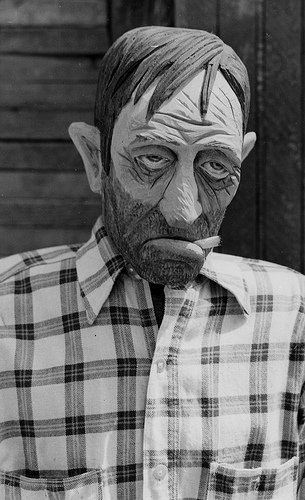 OK, enough sarcasm. At the end of the day (well, night), American safely brought me where I wanted to be. Rio. #WorldCup. For 60,000 miles plus taxes. So, well, thanks, and I will try my best not to act like a spoiled brat!

Although, no guarantees, you know.