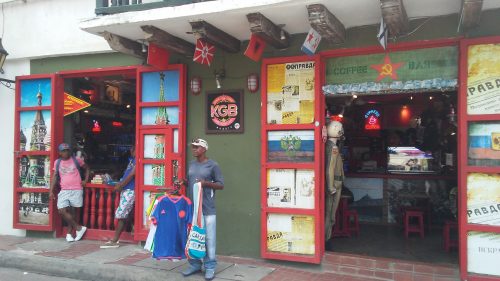 Welcome to my weekly travel, points, credit cards and other news from the blogosphere. Here are some topics:

American Completely Revamps Its AAdvantage Program, by Miles to Memories. Honestly, after I saw that the award chart wouldn’t change, I almost stopped reading. But that’s because I’m not a business traveler and don’t have any interest in earning status. Don’t listen to me if you are. 🙂

United Airlines Terminates Partnership With Hertz, by Live and Lets Fly. Who’s going to be the new partner, I wonder.

One thing I’ve never been able to understand is that general fascination with Lufthansa First Class. I get the food, champagne and caviar, the exquisite lounge experience in Frankfurt, the Mercedes ride to the plane, but that cabin — it’s so damn open, for Christ’s sake! I remember flying Korean in Business Class on 787, another cabin plenty of people were raving about, and just like Korean, there doesn’t seem to be any kind of privacy on Lufthansa, at least according to the pics I’ve seen. I don’t know, maybe I’m missing something, but anyways: here is an interesting piece from Thrifty Traveler: Lufthansa First Class Was Spectacular … But I’ll Never Fly it Again.

This week has been all about Hyatt and Marriott devaluations. My own IN-DEPTH analysis of the new Hyatt Point Calendar for international hotels is coming on Monday.

Nick from Frequent Miler says Bonvoyage to Marriott Bonvoy after the latter removed its award chart. I do not disagree. I’ll probably do the same after burning the remainder of my points, especially after getting the dreaded AmEx pop-up on a Marriott Business Card application.

Both Marriott and IHG have extended member statuses until 2023, by MilesTalk, and so has Radisson, by Head for Points.

Here is a nice summary of how much chains pay individual hotels when you stay on points, by God Save the Points. By the way, some comments below add quite a few important details to the picture (which is why I hate it when there are no or few comments on my own blog!!!).

I guess this one is related to hotels too. Atlantic City workers demand governor ban smoking in the casinos. Man, I wish I could sign up!

This week, I’ve found only one piece worthy of 20 seconds of your time. Have I missed anything?

Here is one country moving in the right direction: Canadians Face Vaccination Requirement To Board Any Flight, Train Or Ship, by Loyalty Lobby.

Air Force is first to face troops’ rejection of vaccine mandate as thousands avoid shots, by Washington Post. Servicemen come up with all kinds of medical or religious exemptions trying to avoid a jab. Their prospects are bleak.

How to save on Disneyland tickets, by Miles to Memories.

A $350-million Wellness Theme Park With Waterslides, Thermal Baths, and Fitness Centers Is Coming to NYC, by Travel + Leisure. Honestly, I can’t wait. This is not sarcasm. I love these tacky, touristy things. I remember seeing an ad for a park like that in the Berlin U-Bahn, and I tentatively decided to check it out. Since it was somewhere in the suburbs, I didn’t find the time, but I totally see myself perusing a similar venue in New York, especially in winter!

The Future Of Aruba: Hot New Hotels, Spas And Dining For 2022, by Forbes.

The history and present of the au pair scam, by The Free-quent Flyer.

He is omnipresent and omniscient. He knows everything, and his eyes are everywhere, contemplating the bad and the good.

Turn on the subs.

Filed Under: Bargains, Cheap Travel, COVID-19, Credit Cards, Miles and Points, Travel News
← ​I Had to Cancel Yet Another Trip: A Cautionary Tale Plus Why You Should NEVER Presume You’re SOL Until You Try to Fix It
The Peak / Off-Peak Hyatt Points Calendar: Here Are the Negatives and Sweet Spots in the Most Detailed Analysis You’ve Seen So Far →
0 0 votes
Article Rating
Subscribe
Login

Of course AA would not drop that shoe at the same time, TOO much to process. I say March or April 2022.

Andy, thanks for the links.

Yep, makes sense. It might be just a stay of execution, otherwise why go through all the trouble? And George, thank you too!

I’m not sure how much it matters but the Canadian link is to Loyalty Lobby, not Loyalty Traveler. I miss reading Ric’s stuff but he fell off the map when Covid hit. He always wrote from a really approachable perspective. Hopefully, reports of his blog’s demise are greatly exaggerated.

Woops! Thanks Christian, fixed. And yes, I completely agree.