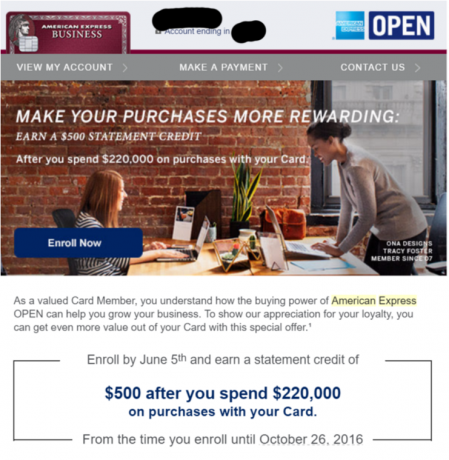 If you took this innocent clickbait seriously, shame on you! You shouldn’t expect any best credit cards offers ever. At least until the next economic downturn. Although, between you and me, some of the current offers are pretty damn good!

As far as best credit cards go, the AMEX Hilton Surplus 100,000 points offer is the best for the Surplus card. It has never been better. And if you have never had this card, you really should take advantage, as it’s set to die on May 4. The same is true for the regular Amex Hilton card, which has a 75,000-point bonus. If you don’t see any of these offers, use Incognito or In-private, or whatever anonymous browser Firefox has. Never tried that one.

My both lists are updated after a long hiatus

So I was checking my links, and was quite surprised to see that the Barclaycard Lufthansa 50,000-mile offer is still in full swing. I presumed it had died some time ago, but no — still there. For those of you guys, who have been reluctant to apply (with the annual fee, high spending requirement and ridiculous Lufthansa YQs), remember that this sign up bonus means three transcontinental one-ways in United business class — yes, in a flat bed, which, I hear, is not half bad, either.

The long-standing Chase United Business card 50,000-mile bonus finally died, and I have no idea when. Missed the funeral.

While I was updating my lists, I thought about a few credit cards bonuses people rarely mention: Chase Ritz Carlton (2 free nights), Barclaycard Wyndham Rewards (3 free nights), and Barclaycard Choice Privileges (32,000 points). And this is why I think they are underrated.

Yes, it’s only for 1-4 categories, but there are only five levels, so the deal only excludes the top 13 hotels. But you can still used your free nights in Barcelona, New York, Boston, LA, San Francisco, Chicago, New Orleans, Bali, Vienna, Osaka — Gee, let me stop there because it would take too long! And the $395 annual fee means absolutely nothing with the $300 annual airline credit. Actually, strike that — it’s not nothing, it’s a $205 profit because you will take advantage of this credit twice. Right?

So you would end up getting paid for the card that puts $200 into your pocket, gives you two free nights at a Ritz Carlton hotel, gold Marriott status, and a lot of other goodies that I described here in vivid details.

Sure, they don’t have many aspirational properties, but why does everything have to be aspirational these days? The 45,000-point sign up bonus is enough for three nights at any Whyndam in the world, and I mean any Whyndam, including that celebrated Koloa Landing at Poipu Beach Wyndham Grand Resort (not bookable on points anymore, thanks ucipass!), Wyndham Grand Chicago Riverfront, Wyndham Boston Beacon Hill, Shelborne Wyndham Grand South Beach, and, perhaps most interestingly, all Whyndam all-inclusive properties, of which at least two, the Viva Wyndham Azteca and Viva Wyndham Maya seem to have received solid reviews on Trip Advisor. Get two cards and make a full-blown vacation out of it.

Check my detailed write up on the Wyndham Rewards Card.

The 32,000-point bonus might not seem like much, but it is a lot if you can use the Privileges points in Europe or some other places in the world. After a short-lived scare, the Nordic hotels in Scandinavia are back in the game, and your sign-up bonus can easily save you around $500-600 for a 2-3-night stay. 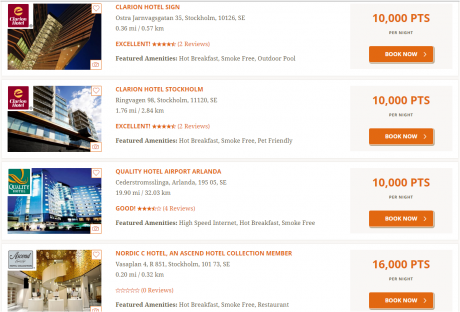 Have I missed anything? I certainly might have, so use the white space below to set me straight. Or just use it for praises. Either way is good.

The Definitive Guide to Getting Paid for Access to Airport Lounges

Yes, I know I’m late. Been busy all day long, then had a fantastic dinner in a local restaurant. In my family, the Thanksgiving dinner is like a rehearsal for the New Year’s feast so we could stay in shape. Which is the opposite of staying in shape. Anyway, I’m really, really stuffed right now. There… END_OF_DOCUMENT_TOKEN_TO_BE_REPLACED

Now You Can Use Marriott Points to Book Atlantis Resort in the Bahamas!

I am going to have to completely re-write my Atlantis book now. Yes, this one: The better way to play at the Atlantis Hotel and Resorts on the Paradise Island, Bahamas, is still to use Choice Privileges points at the Comfort Suites, the property next to the Atlantis. It’s practically next door, and besides the… END_OF_DOCUMENT_TOKEN_TO_BE_REPLACED

It’s been a while since I flew on Spirit, and it didn’t disappoint. It brought me to Cancun an hour late due to some computer issues, but luckily, the problem occurred on the second leg from FLL. If it had happened to my New York flight, I wouldn’t have made it. The Big Front… END_OF_DOCUMENT_TOKEN_TO_BE_REPLACED

First, the United 55,000-mile bonus with $50 statement credit is supposed to expire today. It doesn’t get better than that. Grab it now if you can (remember the new 2-year bonus rule). Second, yes, I know the title of this post might sound ridiculously obvious, but bear with me for just a moment. A couple… END_OF_DOCUMENT_TOKEN_TO_BE_REPLACED

10,000 United Miles Option House will give you 10,000 United Mileage Plus miles for opening an account with $5,000 and making 10 trades at $4.75 each in addition to their unbeatable 5 for $5 rates. It’s not a bad deal if you already trade, but do not go in strictly for the miles if… END_OF_DOCUMENT_TOKEN_TO_BE_REPLACED

The Definitive Guide to Gaming Spirit. Part 3: Tips and Tricks.

This post is going to be long. Please be patient. If you really want to learn how to game this uber-sneaky airline, you will have to learn a thing or two. Better yet, bookmark this page and use it as a reference. My previous post is here: The Definitive Guide to Gaming Spirit. Part 1:… END_OF_DOCUMENT_TOKEN_TO_BE_REPLACED