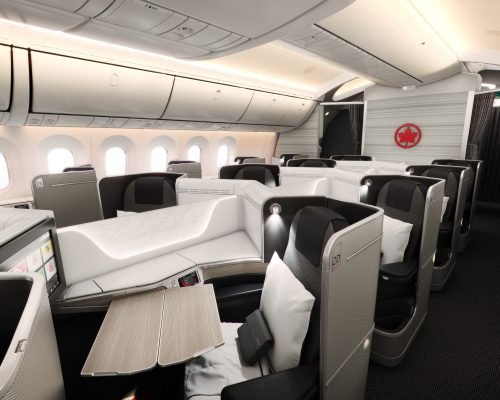 My recent Chase Aeroplan credit card review wouldn’t be complete if we didn’t take a look at the value of the program itself. All this talk about value of a credit card is pointless unless we know that the program has any value in it.

Well, I took another look and came to the conclusion that the program does have some value. So it’s settled then. You can stop reading. 🙂

Although I really wish people would stop screaming gold every time they see yellow. There are no sweet spots in Aeroplan! All the exaggerations, exclamations, declarations – enough already!

No sweet spots for you!

Aeroplan does NOT have sweet spots. Zilch, none, nada, nyet!

You want to talk about sweet spots?

Well, maybe Air Canada ultra-short hauls in North America that start at 6,000 Aeroplan points can qualify as some sort of semi-sweet spots, but U.S. airlines often discount short hauls too. Then there are Avianca LifeMiles and British Airways Avios…

When a frequent-flyer program charges more for a one-way ticket than some other programs charge for a round trip – that’s anything but a sweet spot. And that’s even before their revenue game comes into play.

UPDATE: Reader Jake pointed out that Air Canada does have a sweet spot in the Aeroplan award chart: Seattle to Tokyo on ANA in Business Class for 55,000 points. That route is under 5,000 miles, so it’s probably the only one that works in that band (LAX or SFO don’t).

But seriously, let’s take a look at Aeroplan redemption values.

Yes, the Aeroplan redemption scheme is better than United’s

Sure, but comparing anything to United is a very low threshold.

Air Canada Aeroplan reminds me more of the Avianca LifeMiles chart (which still exists in a dark unofficial void). The Aeroplan chart is somewhat similar except that, more often than not, LifeMiles redemption levels are better.

We just need to call it the way it is: redemption-wise, Aeroplan is a very mediocre program that maybe, sometimes, in certain ways offers better redemption values than the competitors.

Having said that, Aeroplan has the so-called Preferred Pricing benefit for its elite members and / or credit card holders, and Prince of Travel did a thorough piece of research into how it works. Note that this is an older post, so we don’t know how or if it works with the new U.S. Chase Aeroplan credit card, but there might be a sliver of hope. 🙂

Aeroplan bright spots (not to be confused with sweet spots)

To be fair, there are a few features that make Air Canada Aeroplan stand out from their competitors.

You can redeem Aeroplan points on a whopping 36 airline partners including 10 non-alliance partners. That’s huge. Here is a brief reminder:

No fuel surcharges on any partners

Aeroplan used to add fuel surcharges to its own flights and some partners, but that’s not the case anymore. In fact, Aeroplan belongs to the elite (LOL) club of major North American airlines that don’t have fuel surcharges of any kind (the other two are United and Avianca).

This is a great feature, since you’re allowed to visit two cities instead of one (except in Canada and the U.S.). You can even add a stopover on a one-way flight. Of course, Air Canada used to offer up to two free stopovers for a round-trip itinerary, but since we still don’t have a functioning time machine, this is the next best thing.

Unfortunately, you can’t book a stopover online, which means (I think) that you’ll have to pay CAD30 if you fly on Air Canada or CAD39 for partner flights IN ADDITION to 5,000 points for making your reservation over the phone. Now, I’m not 100% positive it’s the case, but Air Canada’s T&C says you have to pay the booking fee even if there is no way to book your itinerary online.

In the instance where a Flight Reward reservation cannot be completed online, the reservation will still be subject to the Contact Centre service fee.

Pool your miles with up to eight family members

This is a great feature that allows you to pool points from other family members to redeem an award. But who can be a family member? Well, Aeroplan says: “anyone”! 🙂

The Family Lead can invite up to seven other Family Members to share points. You can invite your spouse or partner, children, siblings, in-laws, parents, grandparents or anyone else in your family [emphasize mine] – it’s up to you!

And if you (the Family Lead) have elite status or a credit card, then everyone else can benefit from Preferred Pricing.

Airlines don’t exist in a bubble. When you’re not earning enough airline points organically (and, quite honestly, even if you are), it’s good to know that you can also transfer points to Air Canada from major credit card programs: AmEx Membership Rewards, Chase Ultimate Rewards and Capital One Rewards (you can also transfer from Marriott Bonvoy and Bilt).

While the Aeroplan award chart is hardly generous, there are several good reasons why the program shouldn’t be ignored. Features like no fuel surcharges, points sharing, three major credit card transfer partners and a huge number of airlines partners can make it easier to replenish your points and burn them on your terms. And the new Chase credit card’s two 50,000-point bonus certificates and free elite status don’t hurt either.

What do you think of the Aeroplan as a program and the new Chase Aeroplan credit card?

I suspect I’m not alone in this but I’ve accrued an awful lot of American Express points this year. Particularly with transfer bonuses, I’m seeing Aeroplan as the best of a fairly mediocre set of transfer options.I like the stopover option and they make award searching not to onerous. I also like them dropping YQ. They also offer routings through Europe enroute to Asia.

“Best of fairly mediocre” is the best description of Air Canada I’ve seen, LOL. And you’re right, their routings can be fun, too. I believe I’ve seen U.S. to Africa or ME on the way to Europe.

Andy, you give honest, fair summary. Personally, I have gotten some wonderful flights on Aeroplan with its so many partners, and no fuel charges. Now, you can pool points, get 2 5Ok redemption certificates, stopovers for 5k and 3 bank transfer partners. This card is a keeper for me and I was just approved. I’m not saying it’s the greatest card offer on the planet but has enough to make me happy. However, they charged me the fee even though I couldn’t book it online. Now, maybe had I HUCA I could have gotten the charge waived but at that… Read more »

LOL John, I’m hardly the best, but thank you for your kind words and congrats on your approval. As to Amex Gold, I think they killed the $100 airline credit earlier this year.

I spent about a week looking for a flight back to Thailand before Christmas in Biz. Being close to a holiday, pickings were slim out of my home airport (PHL) and the nearest big one (EWR). United wanted an arm and a leg and your first three children. Meanwhile, I could pick it up at 85k with Aeroplan. So give them credit for having an award chart and having good availability in busy times! I ended up booking outta ORD with a repositioning flight but was happy to have options with Aeroplan and MR. AMEX Plat holders can get free… Read more »

Nice! Glad you’ve found what you were looking for!

Great article. I would add one semi-sweet spot. Seattle – Tokyo on ANA Biz would be 55k. Given the Chase AP sign up bonus of two 50k certs and 10k points for being on the waitlist that’s enough for a return flight on ANA business class to Japan.