My Annual State of the Credit Address Part 1 — The Whining 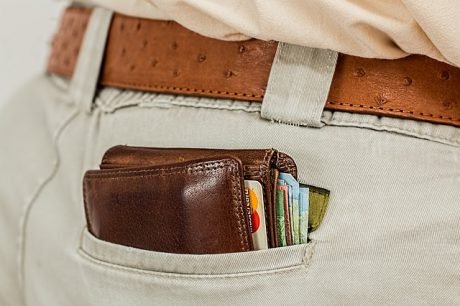 Like many of you, I have been tossed aside.

It’s devastating to be kicked to the curb after all these wonderful years. Chase and AMEX have decided they don’t need me anymore. That hurts. And Citi, too – although they left the door ajar just barely.

Now I want to talk about stupidity. The ferocity and relentlessness of this offensive almost feels personal and coordinated. It’s like they’ve decided to finally show these “freeloaders” who the boss is. It’s almost like – well, can it be that they don’t enjoy being called idiots?

The response from the Big Three banks may seem like a smart move, but it’s not. It’s a knee-jerk reaction that’s going to hurt them in the long run. Just like pushing 10 seats across will hurt American and United – not today, and maybe not tomorrow, but it will one day.

And, no, just because Chase denied me Sapphire Reserve, that doesn’t make me a sore loser.

Let’s recap what we know so far.

I love The Last Action Hero, IMHO the most intelligent and most underrated of Arnold’s movies. There is no reason for this clip to be here, other than, well, I think it’s cool.

Chase’s and Amex’s policies are nearsighted. It’s hard to see the full picture when you’re in the bubble. Unfortunately, a bubble is where pencil-pushers and micro-managers feel most at ease.

At some point, they decided there are so many of us that we are threatening their bottom line. And then they decided they had to do something about it before it was too late.

A History of Violence

AMEX was first with their one-bonus-per-lifetime policy. They slammed the door shut in Spring 2014 despite having made promises that they were only going after serial abusers. Back then, I predicted they would ease up on that policy within a few months. I was dead wrong.

Chase was the second. Their way of shutting us down was actually worse than Amex’s even though it initially looked less restrictive. Cutting off everyone with more than 4 applications in 24 months including authorized users (for the sake of everything that is holy, WHY???) is like going in with massive abdominal surgery to treat a mundane case of diarrhea.

You can say that the Authorized User accounts issue can sometimes be overridden on a reconsideration call. That’s true, but it shouldn’t be an issue to begin with. Most people won’t call for reconsiderations. They’ll get mad and move on with their lives – just without Chase.

Citi was the third. It was the cleverest and most innovative of them all. They force you into a 2-year hiatus by shutting down a bonus for the whole family of products. So, no AA bonus for an executive card if you had a regular AAdvantage card. Like I said – clever! Which is probably why I’m not pissed at Citi nearly as much.

Travel Hackers Are Not a Threat

This niche feels crowded sometimes, especially when you read about our exploits in the mainstream media, but that’s only because this niche is tiny! And also because we tend to look at things through a bubble of our own.

You’re combing the Reddit threads, Flyertalk, and some popular blogs and can’t help thinking, “Gee, is everyone now a hacker?” No! When you go to a cemetery – do you also believe that everyone in the world is dead?

Yes, there are a lot of people in this niche, but most of them – on Flyertalk, Reddit, and the blogs – are the same people! Travel hackers are obsessed junkies, and obsessed junkies tend to make a lot of noise. It’s just that the banks, in their misguided attempts to interpret that noise, come up with the wrong solutions.

Again, we are not banks’ biggest problem.

This is their biggest problem!

They Don’t Have a Replacement Generation

Every bank is bending over backwards to get millennials on board. I’m doing enough freelance writing to know that for a fact.

Yet, getting millennials onboard is an uphill battle. These kids don’t want credit cards. They use debit or smartphone apps. They have nothing but disdain for institutions they deem responsible for bankrupting their parents and forcing them to repay their student loans for the next 25 years.

“…it’s clear to economists who study payment patterns,” says The New York Times, “that millennials are gravitating toward payment methods that skirt both cash and credit. Why carry cash when you can whip out a debit card for the smallest transaction – a sandwich or a bottle of soda – or use an app like Venmo or an online payment service like PayPal?”

It’s true that they are also screwing themselves in the process, because getting and holding credit cards is the best natural way to build credit. Really, how do you get a credit history without credit at an early age? Buying cars or houses?

But it doesn’t change the fact that most young people don’t want to deal with credit cards, period.

If you are under 21, you must have a steady income, or a co-signer. And you won’t see banks advertise on campuses anymore. That method of “reaching out” is gone.

Campus is where I got my first credit card in the 90s. It was a Citi card. I’d just come off the boat (so to speak) a year earlier. No credit, no steady job, no nothing. I would never have dared to apply for a credit card if it hadn’t been for that free t-shirt I liked. Imagine my surprise when I actually received the card – alone with a t-shirt. Holy crap, that was exciting!

So not only do millennials not want credit cards, but nowadays, their campuses are off-limits. Not much banks can do to change their minds. This might explain why Chase decided to flirt with a potentially spectacular disaster called “Sapphire Reserve.”

But Sapphire Reserve Is a Success Story, Right?

Well, yeah. If you are a brain behind one of the most successful credit card launches in history, you’ll probably put it in a “win” column.

But if you are responsible for losing $200 million dollars, and, mind you, in the most important fiscal quarter in a year – you might feel as if a legion of activist investors are breathing down your neck. Because they might be.

OK, so I might be a little overdramatic, but here is a curious piece in Investopedia:

News of the Chase Sapphire Reserve card’s success came at a conference on December 6th, when CEO Jamie Dimon told investors that the card will be responsible for lowering the company’s Q4 profits by $200 million, or about 40%.

You don’t often see the words “success” and “lowering profits” in the same sentence. So I immediately remembered another super-successful launch of another (up to) 100,000-point-bonus credit card – Capital One Venture in 2011. All the elements were there – the TV campaign, the enticing bonus, the excitement, the media attention, and even Alec Baldwin.

How did that work out?

Chase simply can’t sustain this level of benefits long-term. They will be devalued. How is Chase going to lure people into paying $450 for the card year after year while reducing the benefits? Analysts don’t seem to be fooled either, even before taking into account that devaluation is inevitable.

If the popularity of the card keeps up, that should be no problem. However, if the initial buzz associated with the card can’t be maintained, or if “churners” who have signed up for the initial deals end up canceling their contracts before the next yearly fee hits, Chase may continue to be in a losing position.

If You Are Thinking…

… so what? These youngsters are not that important to the banks. They don’t have any buying power, and they don’t qualify for the best cards, so who cares!

Well, about the latter – you’d be surprised!

And about the former – you’re totally wrong.

They are immensely important to the banks.

A young age is when habits form. Including credit habits.

People who’ve lived through their late teens and early 20s without plastic will keep doing just that. As the older generation fades away, the whole industry will be shattered. We are talking about a seismic shift. And all they can think about is a petty fight to weed out gamers.

And This Is Why…

…bribing people with an extravagant credit card that has a very small chance of working out is bad business. Especially when you’re going nuclear on entire segments of demographics. Credit card issuers could use all the help they can get to attract their replacement generation, rather than piss people off for no logical reason.

Well, I for one am not sitting idly for 2 years to get in Chase’s good graces. And if you’re seriously contemplating this, you’re going to lose big. I’ll talk about the post-Chase life and some solid app-o-Rama options in my next installment.

There is life beyond Chase, afterall.

Yes, indeed! Great post, thank you. It does not make sense to sit around and wait for Chase, who knows what the rules will be in two years. Even if our wildest dreams come true and there are 4 Chase cards that offer 100,000 points, unlikely, but even if there are theee unicorns, well, you still missed out on more than 400,000 points in 2 years. Also, just a bit of history, Amex used to be once in a lifetime, they switched to 12 months language somewhere in the midst of the crisis (2008ish?) and now went back, so it… Read more »

Love your blog, appreciate this rant.