How Many Ultra-Premium Cards Do You Have in Your Wallet? 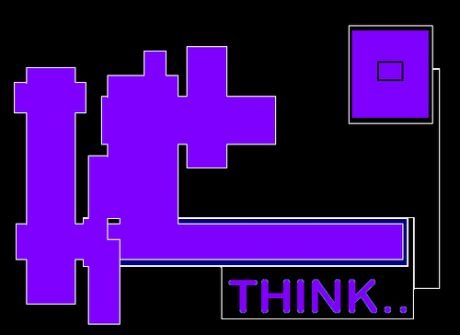 To be clear, I’m talking about the cards that cost $400-$550 a year. Over the years I’ve spent thousands of dollars on credit card annual fees. And I don’t regret it for a moment.

However, at the time the American Express Platinum card was the only game in town. Not the case anymore. There are so many ultra-premium cards right now fighting for the limited space in our wallets – it gets kind of ridiculous.

Did I miss anyone?

Sure, each of these cards can be a potential moneymaker despite the annual fees, but some of the benefits they offer are simply redundant. How much lounge access, and how many Global Entry credits does one person need?

I currently have 2 ultra-premium cards: the Citi Prestige and American Express Platinum Business. A few weeks ago I applied for Ritz Carlton and was denied. I say, good for me, because there are 2 more ultra-premium cards I’m eyeing. But first…

I keep it for 4 reasons.

A couple of years ago, before getting the Citi Prestige, I started my application for the checking account. I never finished it in time to get the ThankYou Points bonus (due to the screw-up at my local bank), but somehow, I received $100 off the annual fee (the relationship bonus).

I like to think of myself as someone who doesn’t spend a lot of money on travel, but I still spend some. Everyone does. Free travel is a good concept (and I’ve written a book to that effect), but it’s still a figure of speech. Of course, I do spend money, especially on the accommodations, and so I use this benefit more than I thought I would.

My hotel stays are mostly on points, and my other stays are in vacation rentals, but every now and again, I find paying for a hotel with a fourth free night a better deal than points and apartments. If I use this benefit just twice a year, I’m saving at least $200-$300 annually.

Sure, Citi Prestige is not the only card that offers air travel credit, but it’s one of the very few that doesn’t make you jump through the hoops. You can put airfare on your card and it automatically gets reimbursed. This is (almost) as good to me as the actual cash.

Last year, I was offered $50 a month for 7 months if I spent $1,500 on the card. I met the spend for the first and the second months, but fell short on the third. Imagine my surprise when I still got the bonus! I decided to experiment and didn’t spend almost anything on the fourth month, yet received the bonus once again. Long story short – – I got the full $350 credit. Citi ended up paying me for using the card.

This year, I was offered $100 and 5,000 ThankYou points, and I gratefully accepted. I value 5,000 points at least at 1.5X, so it’s like getting $175 back. I just hope that they wouldn’t don’t remove the Fourth Night bonus, because that would make the card obsolete (I already have Priority Pass access from another source).

Why I applied for the American Express Platinum Business card

I wouldn’t qualify for another American Express bonus, but this was a targeted 75,000-point offer with a relatively mild $5,000 spending requirement that didn’t contain the “once-in-a-lifetime” language. I thought, I couldn’t afford to turn it down. Aside from 75,000 points that I value at… I don’t know…, at least at 1.7X, here are the benefits I consider the most important.

Yes, American Express does make you jump through the hoops with that incidental part, – oh well! But this is a calendar year benefit. You can get close to $400 back in the first year if you go the gift card route, but you have to be careful.

If you use AAA for roadside assistance, you can safely ditch it. American Express’s roadside assistance works great, at least here in NYC where I’m based. I locked my car keys in the trunk once (don’t ask) and the mechanic was there within 20 minutes. You’re getting help for the same 4 occurrences a year like you do with AAA ($52 a year in NYC).

Sure, access to Centurion and other American Express Lounges is a soft benefit, but it’s a damn good one!

NB: the current DFW lounge is permanently closed, but the new DFW space will open in October 2018.

There are a few Centurion lounges slated to open in 2019.

And finally, there are 2 airport clubs in Australia named American Express Lounges (not Centurion).

A year ago, I applied for the 25,000-point offer for the American Express Green card. Right before the first-year anniversary I received an offer to upgrade to the Gold Rewards card with the 40,000 — point bonus after spending $2,000 in 3 months. I accepted, although it was probably the most sucker deal ever for me because the $195 fee isn’t waived. I don’t value anything about this card other than the points, so it’s basically like buying them at $0.005 each. I almost never buy points or miles, but, oh well.

Here are the cards I’m currently eyeing. And my dilemma, too. Because I don’t want two more $450 cards in my wallet. I gotta choose one or the other.

The regular bonus for this card is 100,000 points, and as when I added this card to my list, I recommended to waitwaiting for a better bonus. Next day, I received an offer for $125,000 points – that, in my opinion, has turned this deal from lukewarm to reasonably solid. Here is the one benefit (aside from the points) that makes it a good offer, IMHO.

That’s it! There is nothing else I value about this card. Not the weak Gold status, not a free Anniversary Night (after paying the second annual fee), not a weak earning scheme. The card also has Premium Roadside assistance as well as Priority Pass access, but I already have it with my American Express Platinum. I haven’t decided whether or not I’ll apply for the SPG Luxury card, but it’s not the worst value proposition.

This is a very good card with, ironically, with a very weak sign-up bonus. I wrote a series on the Aspire card in 4 installments. Let’s recap a few points.

If you’re seeing what I’m seeing, the Hilton Aspire card is a moneymaker (despite a weak bonus), while the SPG Luxury card is not (despite the relatively strong bonus).

I’ll compare the 2 cards some more in the coming posts, but I’m honestly torn. Especially since these are the only 2 cards from these 2 families I’m “eligible” for.

Filed Under: Credit Cards, Miles and Points
← My Mini Guide to Lençóis Maranhenses, the Most Unique Wonder of the World You’ve Never Heard About: Part 1
Business Class to Australia / New Zealand for 120,000 Miles Round Trip! →
0 0 votes
Article Rating
Subscribe
Login

Citi prestige: this has also paid off for me when an airline delayed my luggage for a few days (These were award tickets but I used the prestige to pay the taxes), when some wireless headphones’ batteries died (I bought the headphones with prestige), and during the Black Friday, for matching prices. Plus, their 4th night free combines nicely with many hotels 3rd night free promos. Amex plat: the best lounge I’ve been to is at Stockholm Arnhem…some sort of centurion affiliate. I like your thinking about all these cards. I too am waiting for some of the offers to… Read more »

I keep hearing about that “perk” but have never been able to use it to my advantage. Maybe that’s because I keep going to places that are strange and different. 🙂

By Stockholm Arnhem — do you mean this one: Pontus In The Air? I’ve never even heard of it, and AMEX doesn’t advertise it — thanks! I wonder what other secret lounges are out there, LOL

Yes, Pontus is the one I went to. Sit down meal service, including wine/beer…(all free)

I’ve used the 4th night free only twice now (in 3 years). I usually don’t stay put long enough in one place to use it but I found a few places where I decided to linger. 🙂