Alaska Airlines and Icelandair Have Gotten in Bed Again, And That’s Great News Because… 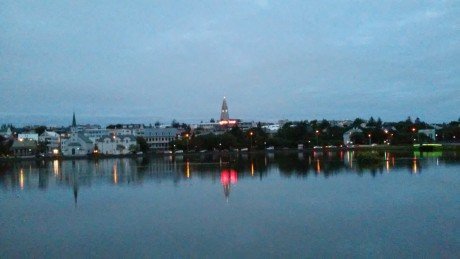 Alaska Airlines and Icelandair have entered into a codeshare agreement and frequent flier partnership, which will give customers easier connections and more ways to earn benefits when flying between the U.S. and Europe.

Icelandair operates flights from 16 cities in North America to Iceland with connections to more than 20 destinations in Europe, including Amsterdam, Brussels, Copenhagen, Frankfurt, London and Paris. Travelers can also enjoy an Icelandair stop-over to visit the city of Reykjavik and tour surrounding areas for up to seven nights at no additional airfare charge.

I’m excited! I came back from Iceland a couple of weeks ago (trip report is coming), and this is the most exotic land I’ve been to, within a 5-hour flight from the North East. Of course, Delta also has non-stop flights to Reykjavik, but it’s apples and oranges. Delta only flies from New York (JFK), only in the summer, and their Saver availability is, it appears, getting worse for both coach and business class. Icelandair flies out of Anchorage, Boston, Chicago, Denver, New York (JFK and EWR), Portland, Seattle, and Washington, DC (Dulles). This puts Iceland in the short hop long weekend bucket list. Besides, the best times to chase the Northern Lights are March and October, the seasons, when Delta won’t help.

Icelandair can also connect to other European cities, and you know how legendary Alaska Air is, as it allows you a stopover even on a one-way award ticket! Goodness galore!

Alaska did have a partnership with Icelandair that got dissolved just a couple of years ago. If memory serves me, it cost 50,000 per roundtrip in coach and 75,000 miles in business class. What an Alaska award ticket on Icelandair will cost us this time around, we don’t know yet. Alaska promises that award travel will become available before the year-end, so let’s hope, the redemption levels are going to be reasonable. I’m curious if the strained love-hate Delta-Alaska partnership has had anything to do with this re-marriage. Actually, I’m not curious. I’m quite sure it has.

I admit, there is one thing that bothers me a little. While we don’t know for sure, we can presume that the redemption levels will not be less than what they used to be 2 years ago. In which case…

Aren’t the Alaska MileagePlan Miles Are Two Valuable to Spend on This Trip? 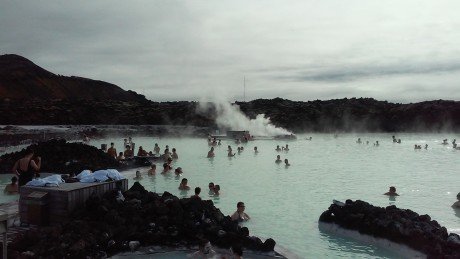 These things always depend. I believe it would be totally worth it in at least two cases:

East-coasters traveling to Iceland, will have to look at the whole picture. Here are some options for paid non-stop tickets.

And here are some options for non-stop tickets from a low cost carrier from Boston. 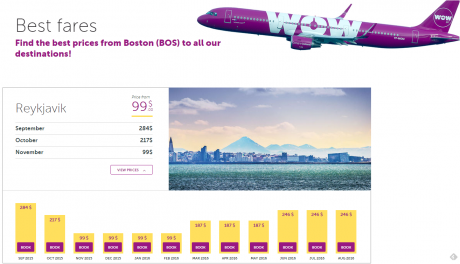 Looks good, right? Right, but only until you start digging.

See, even when you find a $99 fare on one leg, it’s just that, one leg. And make sure you read the Optional fees and charges, because you really do need the whole picture. 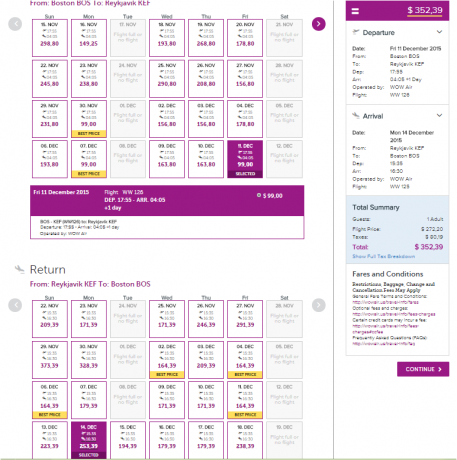 But even then, it is not impossible to get a roundtrip flight to Iceland for under $500 on a discount airliner, such as WOW or Norwegian.  It sure as hell beats using valuable Alaskan currency at 1 penny for a mile, right?

Right, but on the other hand, Alaska miles are so easy to get! If you feel I’m being conflicted about it, this is because I am. When you get there, Iceland is expensive. Hotels, food, car rentals—everything costs an arm and a leg. So, flying there on miles will help, especially if you need more than one ticket.

But once again, we don’t know the redemption levels yet. Let’s wait and see. 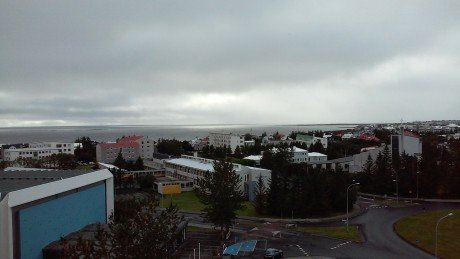 Reykjavik: View from the Terrace

I’ve been neglecting my blog lately with all the traveling, and then there’s been an avalanche of deadlines from my day work and another day work (LOL). I don’t like writing filler posts just in order to get them out there; I have this ridiculous, old-fashion notion that opening your mouth is not necessary when you’ve got nothing to say, but what do I know! So I usually spend a lot of time on my posts, and hope you find them useful when I come through. I am working on a new, interesting series, right now that takes a lot of research, and I think you will like the results.