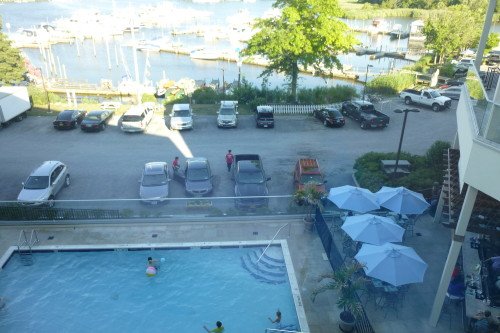 The day before I went on my trip to Brazil, my wife asked me: “How come, we have never been to the Hamptons?”

That question made me pause. First, it had nothing to do with Brazil. And second, I have been living in Brooklyn for 22 years, and yet I have never been to Long Island for any reason other than work. Not to the Hamptons; not even to the John’s beach. Our road trips have always been to the Jersey Shore, or the Catskills, or the Poconos, or even as far as Rhode Island and Boston. Never Long Island. I have no idea why.

So, being the greatest husband on earth, I immediately started looking for the right place to stay (on points) and finally found the Hyatt Place East End in Riverhead.

Surely, it’s not exactly in the Hamptons, but it is close enough. It’s also next to the Long Island Aquarium, across from a beautiful marina and close to places we wanted to go to (only 30 minutes to Southhampton and the beaches). The room at the Hyatt Place goes for 8,000 points a night, while the nightly rate for the 4th of July weekend was $399. The hotel rate includes a hot breakfast, and there are indoor and outdoor pools. That’s my kind of value!

The rooms are divided in two parts, with a sectional corner sofa, fridge and coffee maker located in the “living area” behind a small divider. There is no safe. The view from the room was beautiful, although you’d have to get really close in order to enjoy it. 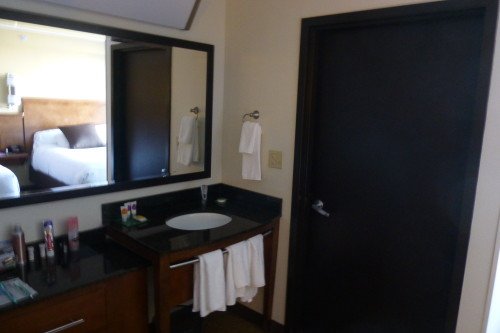 Alexandra and the pool. 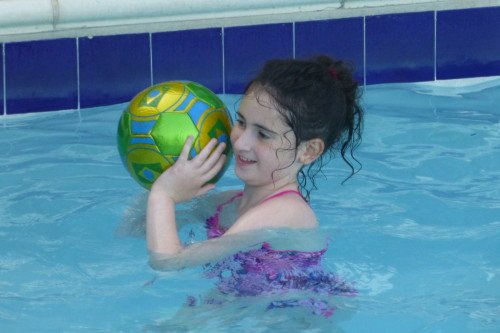 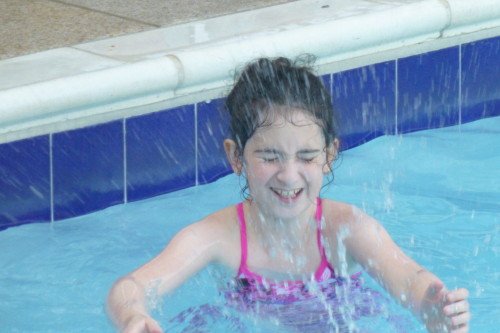 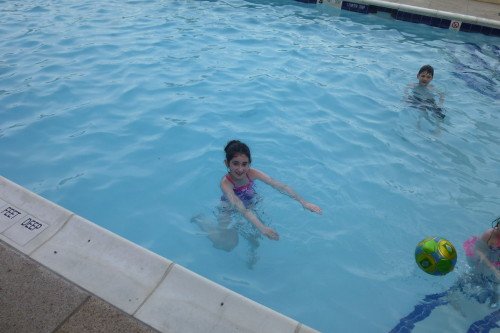 The marina bar next door has 2 for 1 drinks and snacks during the Happy Hour (Mon-Fri, 4-7). 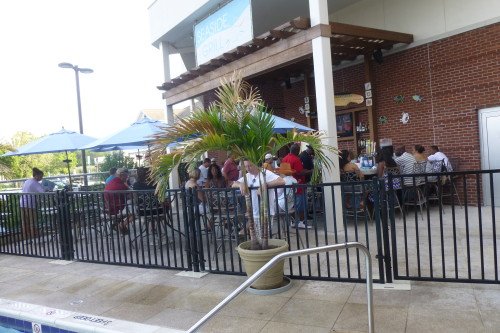 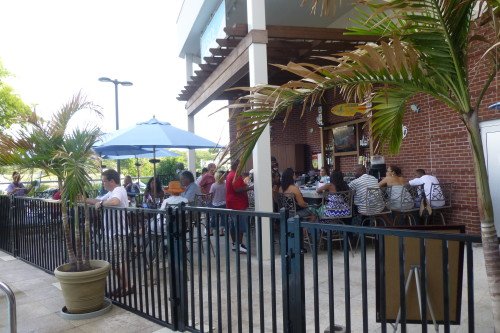 The Long Island Aquarium was a lot of fun. To begin with, they have a seal habitat right in front of the Aquarium, free to public. 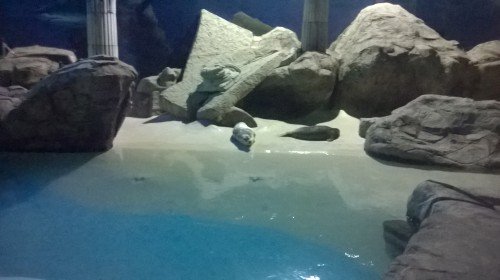 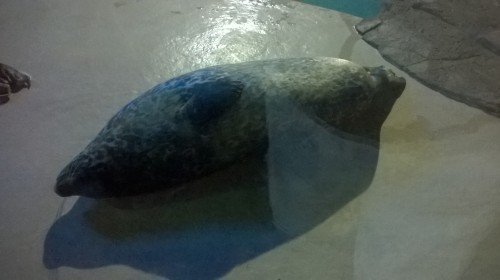 My 10-year old was thrilled that she was allowed to pet stingrays and feed some birds, too. 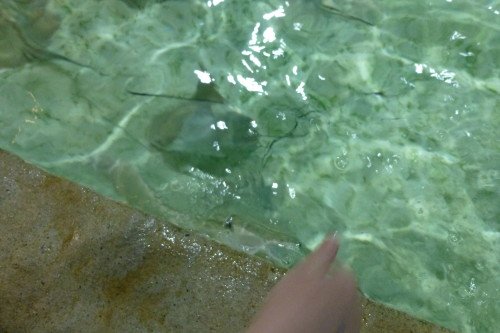 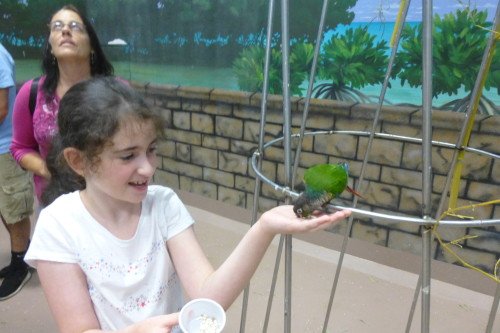 Then there were sharks and butterflies. Just for the right contrast. 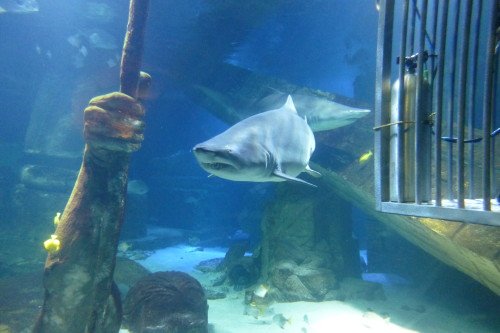 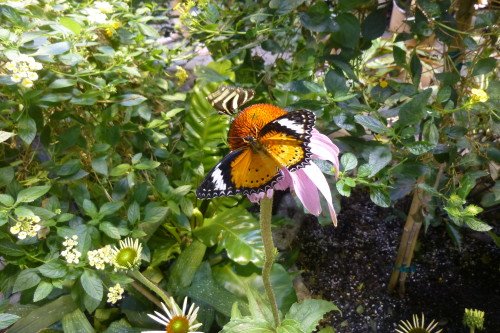 All in all, we thought the Long Island Aquarium was better than the one in New York, but not as good as the one in Boston. Since we haven’t been to other aquariums, I can’t compare it to anything else, but my kid surely appreciatd the hands-on nature of the exhibits. 🙂

How I Got Stuck in the Sand

At the entrance to the Cupsogue Beach, you drive between two booths that collect the parking fee. The one on the left is easy. Pay $15 in cash and be on your way. If you want to pay with plastic though, (and if you know anything about me, you know I always do), you have to get out of the vehicle and pay at the back of the big brown booth on your right. 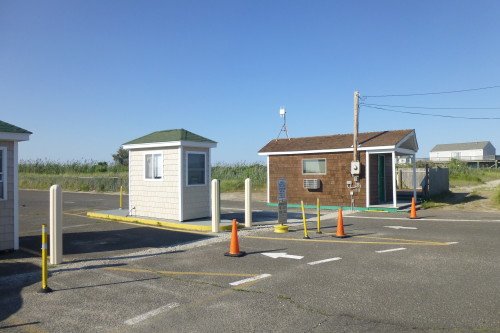 Is that a problem? No, for anyone who is not an idiot, it is not. In my case, however, after paying the fee I found myself in a pickle. There was an SUV already parked on my left, and the traffic was incredibly crazy to back up. Instead of waiting for the opening or asking someone to hold off the traffic, I decided to be the hero and pulled forward in order to make some space and turn around. It didn’t look like anything from the driver seat.

And this is how it looked like from the other side. I shot these two pictures before we left the beach around 6PM. It was quiet and peaceful by then. 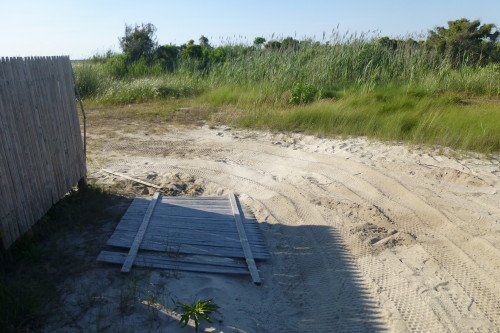 I got stuck immediately. As an arrogant New Yorker, I had got to rely heavily on my Avalon to take me out of the jam. But by jam I mean snow, not sand. Sand is different, and I found this out the hard way. Trying to dig out of that mess would’ve taken at least an hour of my life.

Long story short, we got lucky. There was a local park cop at the booth, who pulled me out with his SUV in a heartbeat. Lesson learned:

The Cupsogue Beach on the 5th of July. Large crowd, and the water was freezing. What can I say? Brazilian winter beats New York summer! 🙂 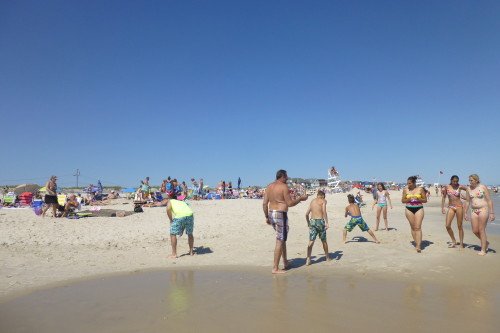 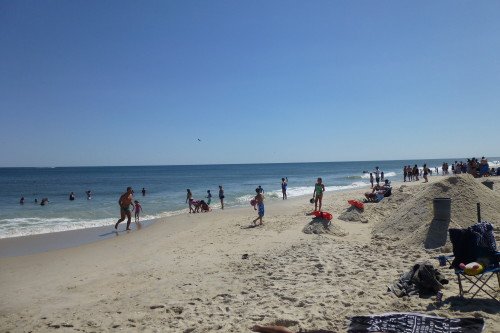 My Credit Card Was Cloned in Riverhead.

This morning I received a call from the Citibank Fraud Department. They wanted to verify my charges. After listing some benign small charges I started wondering what the whole fuss was about, and then the agent asked me this:

Did you try to use the card for cash advance yesterday night?

Since I never ever use credit cards for cash advances, I gulped and asked what happened. Apparently, someone cloned my card and tried to use it at an ATM machine. They couldn’t get through and got locked out after a few tries while they were trying to guess the pin. Now who the hell does that? I can understand a large purchase, or even a shopping spree if the thief is really stupid, but going to a bank without the pin? Is there any logic to this that I just don’t understand?

It’s funny, really. You can use credit cards all over the world (including the places you shouldn’t), and then you get defrauded in an upscale American town where you use a credit card exactly four times. Interesting. Weird, but interesting.

Anyway, we had a blast. All three of us! Some things went wrong, but everything got straightened out in the end (I almost forgot to mention my daughter’s earring that got lost in the pool and was miraculously recovered by her mother the next morning). What does it prove? Only one thing: you don’t have to fly half way across the globe in order to have fun.

Seriously, though, if anyone has any theories why a thief would try to withdraw the money without a pin, please share with the group!