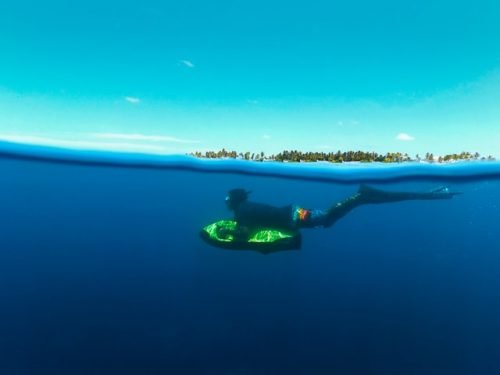 Here are some interesting points, miles, credit cards and other travel-related articles and posts from around the blogosphere.

An interesting Miles to Memories idea on how to transfer AmEx points to United. As a reminder, United is not an AmEx transfer partner, so a direct transfer is not in the cards, but you can still use this route if you’re desperate for United miles. Is it a good deal? Probably not, and Mark admits as much, but I like these intellectual exercises even if they don’t have a whole lot of practical value.

In all honesty, I wouldn’t transfer AmEx points to United even at a 1 to 1 ratio. United MileagePlan has become so inflated and irrelevant after a series of award devaluations that I wouldn’t even use my Chase 5/24 spots for replenishing my account. I haven’t used United miles for a very long time, and I really don’t know why I’d start now after it’s gone “dynamic” all the way. However, if you disagree, Mark’s method is probably the best way to transfer AmEx points to United, bar none. And it’s time-limited, so hurry.

As much as I hate to pay real money for flights, these $260 to Europe AI fares sound like a long-forgotten dream from the 90s. Post by Running with Miles.

Here is a rare kind of hotel promotion: redeem Radisson points for two nights and get a free stay certificate. I don’t see a downside if you still have Radisson points (mine are almost fully depleted, I think). Details in this Miles to Memories post.

This sounds like a great hotel promo, too. Accor offers 30% off and free breakfast in South America, by Loyalty Lobby.

Here are two instructive posts from Miles for Memories: on cashing out AmEx MR Points via Schwab and combining points from two Citi TY accounts.

Who would’ve believed 1.5 years ago that in late 2021 Covid infections would still be raging like unstoppable wildfires despite having not one, not two, but three safe and highly effective vaccines. The Terminator is right: “Screw your freedom.”

Bangkok and other major cities in Thailand are going to open in a “sandbox” mode in October, following a successful Phuket experience. By Loyalty Lobby. I maintain and regularly update the list of countries that don’t require excessive efforts from vaccinated travelers, but Thailand’s sandbox rules are the epitome of “excessive.” After reading a few personal accounts from people who have gone through hell to secure their space in the Phuket sandbox, I say thanks, but no thanks. I’ll wait until a vaccination and perhaps an antigen test are enough.

You MUST watch this pre-flight safety video even if you’re a member of that exclusive club called I already know everything there is to know about flying.

It’s funny (not!) how maintaining this No Fly List that provides almost no recourse to the victims is even legal, but it’s even worse now after the names of people on the No Fly List have been leaked online. By VFTW.

Here are my favorites:

Short and sweet, this time.

You’ll want to watch more than once, though. 🙂