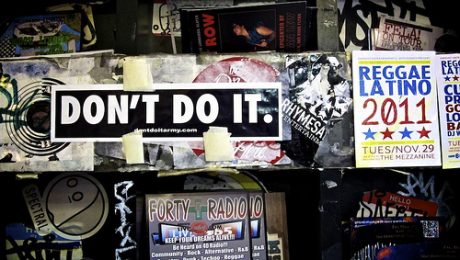 No one can claim that I don’t enjoy a good rant here and there, and the last several days have been rich on offers you sure as hell want to steer clear of.

Or not (just kidding).

But since I just can’t remain negative, I present you a couple of sweetish deals too including a good SPG transfer bonus. Read on.

Aha, yeah, right, sure! A Lufthansa First has been an elusive unicorn for years because Lufthansa doesn’t release the First Class award space to partners. Or it didn’t until very recently, so you might feel the pressure to fly to your destination via Frankfurt – somewhere you have no reason to be. The seats can supposedly be booked only on non-U.S. partners, like Avianca or Singapore. So what do you do?

The privilege of flying in a First Class Lufthansa seat will cost you a lot! You will pay 87,000 Avianca LifeMiles or even more Singapore CrisFlyer miles (and in case of Singapore you’ll also dole out almost $500 in fuel surcharges). I would understand if Lufthansa First offered some amazing, revolutionary suites, but, from what I understand, it doesn’t. While every photo I’ve seen shows fine seats that are probably very comfortable, it’s pretty much an open space with not even the slightest pretense to any kind of privacy. 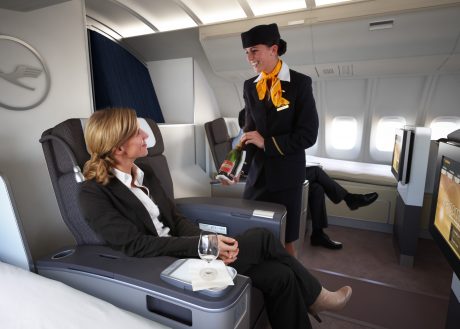 What then? Access to the First Class Lounge in Frankfurt? Being driven in a limo to the plane? If you must have this kind of experience at the price tag of 174,000 miles or more, then sure, why not!

Although Flying Blue has some killer sweet spots, I’ve never really liked it. Between their stingy award chart (that is about to get even stingier on June 1 for most people), their fuel surcharges, and their weird predisposition to penalize people who book award flights with miles transferred from other programs, I’ve never felt compelled to collect Flying Blue miles for any purposes. The upcoming Flying Blue devaluation on June 1, 2018 makes using their miles speculatively even more problematic. What to do?

DON’T – unless you’re sure you can use the miles before June 1, 2018, or unless you’re flying to Israel or Morocco. Check the Flying Blue Calculator for the post-devaluation award rates.

The part that excludes SPG/Marriott blows this deal out of the water. Not counting some “obscure” programs, that leaves us with the following options:

I totally agree with Doctor of Credit. This “deal” sucks!

I was debating myself whether or not I should even mention this “offer,” but the more the merrier, right? The thing is, I felt every bit as offended as Loyalty Lobby by the fact that in order to get to the top $40% bonus tier you need to transfer over 750,000 points!

Really? How many people have 750,000 points lying around collecting dust?

As if insulting your intelligence weren’t bad enough, most of Velocity’s partners are based in Australia, while you and I are based in an entirely different part of the world, so this bonus has an even lower practical value to all of us. You might feel that transferring SPG points can be worth considering (you’ll get 30,000 Velocity points for every 20,000 SPG points including the 20% bonus), but a flight between LA and Australia will cost you 44,800 points in economy and 95,500 in business each way. Not worth it for most people.

Instead, transfer SPG points to American for a 25% cumulative bonus. You will get 31,250 AAdvantage miles for every 20,000 SPG points you transfer until May 31. 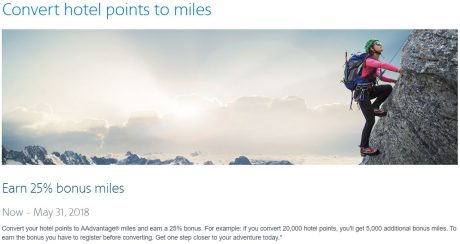 Instead, Miles to Memories has made a deal with AMEX for a better 100,000 deal with $10,000 spend. Now he must wine and dine them into scraping off the once-in-a-lifetime language. 🙂

Phew, at least this one was easy!

Filed Under: Miles and Points
← 2 Great 2018 IHG PointBreaks Deals Through July 31 and Why the New IHG Credit Card Might Not be a Dud
Miles and Points Strategy for Light Credit Card Users Who Love to Travel →
0 0 votes
Article Rating
Subscribe
Login

Sure. According to Flying Blue, North Africa is Europe. 25K miles from the U.S. With Air France you can have a stopover in Paris IIRC.