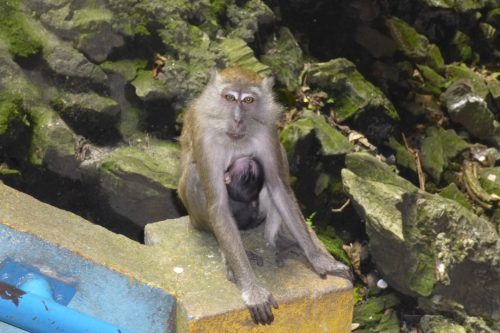 Welcome to my weekly miles and points roundup plus other travel news from the blogosphere. Here are some topics:

You can fly to Israel in Virgin Atlantic Upper Class for 85,000 Delta miles, by Thrifty Traveler. Isn’t it a sad state of affairs when a one-way Business Class ticket to the Middle East for a whopping 85,000 miles sounds like a bargain? It sure is, but Delta has trained us well. 🙂 Seriously, a great find, and availability seems to be great.

Sometimes it’s comforting that I rarely travel on business and don’t care at all about earning airline status: Delta Takes The Axe To Diamond Medallion Status, by DansDeals.

United Sent A Remarkable, Trolling Email To Customers, by VFTW. I’ve also received this upbeat United email. Unlike VFTW, I didn’t see much “trolling” in it, but not unlike VFTW, I’m deeply skeptical about their rosy promises of near-perfect holiday operations. It’ll be fun to watch.

This 25% AmEx transfer bonus to Flying Blue might not be a bad deal, but I can’t overcome my dislike for their fuel surcharges. By Frequent Miler.

The Peak / Off-Peak Hyatt Points Calendar: Here Are the Negatives and Sweet Spots in the Most Detailed Analysis You’ve Seen So Far, by yours truly. I know “the most detailed” may sound like an exaggeration. Well, it’s not!

Hyatt to Open New Hotels in Early 2022, by Miles to Memories. So, aside from acquiring the Apple Group, it’s opening new properties in Austin, Denver, Montreal, Jakarta, and Borneo. Good to know!

This is a good roundup of better Wyndham hotels in the U.S by 10xTravel.

Airbnb made a killing in the third quarter, by Skift.

Chase has transferred its travel portal from Expedia to cxLoyalty, by Thrifty Traveler. However, unlike Thrifty Traveler and some others, I don’t like it one bit, and I’ll tell you why in my Monday post. Stay tuned.

Capital One launches a premium Venture X credit card, by MilesTalk. Everyone has covered this new offer, and I’ve gotta tell you it really does look like a great card. I’m going to take a closer look at it in a few days.

Here is a fantastic new credit card offer: 75,000 points from the Barclaycard Choice Privilege card after spending $3,000 total in the first 6 months. By Danny the Deal Guru. You know I’m partial to the Choice points, but that’s only because I LOVE outsized values. How about you? 🙂

Unfortunately, both countries still require a negative PCR test within three days of travel along with other hoops to jump through. This is why they won’t make it into my continuously updated List of Countries Where Vaccinated Americans Can Travel Without Restrictions just yet.

The Chinese authorities locked up 30,000 people inside Disneyland after one tested positive, by Loyalty Lobby.

I just love Dan’s trip down memory lane and what a memory it is! 5 Years Ago Tonight I Spent A Million Points To Throw Out The First Pitch In The World Series… by DansDeals.

How Chase’s Customer Service Has Failed Me, by Miles to Memories. Mark’s convoluted saga of opening a Chase business account (with a great $750 bonus) is really disturbing. I don’t know if I’d have had the strength to go through all these motions without throwing a virtual pen or something into their face. Fortunately, my own experience getting this bonus couldn’t have been easier, but I also once had an issue with their stupid “anti-online-gambling” craziness (I signed that paper twice and it didn’t hold). In my case, however, I have a very strong manager in my Chase branch. She called the department that was handling it, and drilled them for at least 10 minutes. At some point, they must’ve told her to call later, and she said: “No, that’s poor customer experience, and we’ll figure it out now.” Never had that issue again.

Dave Ramsey is a controversial figure, to say the least. Many years ago I wrote a short and lighthearted critique piece for Travel Frugal Guy and managed to catch some flack from a couple of his followers. Now this report is long, but if you want to catch a glimpse into his, let’s say, unorthodox MO (as well as iHeartMedia, the media giant behind the man), you’ll enjoy the story: Indebted: Dave Ramsey, corporate media, and how we talk about financial distress.

History of the entire world, I guess

Unlike me, you probably haven’t lived under the rock for the last four years, so you must’ve seen this amazing video. But on the off chance you haven’t, here you go! Don’t tell me I never do anything for you. 🙂

Enjoy the next 20 minutes of your life!