Coup d’etaut in Thailand: Should You Cancel Your Trip?

Unless you are a student of history, you probably couldn’t care less about yellow shirts and red shirts. Military coups occur in Thiailand all the time, and they are usually bloodless. Thailand has been in political turmoil for about eight years, and all these years the tourists flocking to Thailand have kept asking themselves the same question: is it safe.

I stayed in Bangkok for three days in January when the protests were in full swing. Didn’t encounter any inconveniences, at all. But of course, what’s different between then and now is the curfew. There was not any curfews back then. Now, it’s in effect from 10PM to 5AM, and this is not a good thing. Safety has nothing to do with it, but considering the legendary Bangkok nightlife, staying inside after 10PM is not going to be any fun.

During the worst battles of 2008, the protesters shut down the International Airport causing plenty of headaches for everyone. Since then, the government has issued a free travel insurance that supposedly covers any tourists travel delays due to protests. I have no idea if it is still going to be in effect now, that the military has taken over. But let’s hope, the delays are less unlikely to occur.

If you are not a party animal, you’ll be happy to know that the curfew is not going to affect flights. If you have a scheduled departure or arrival, you will be able to travel to and from the airport at any time. Bangkok taxies have been issued special stickers that allow them to serve the airport 24/7. No problems there.

Back in January, my trip was as safe as it could be. There were still hordes of tourists everywhere. Unless you are a Darwin Award wannabe who is always on a search for an adrenaline shot, you shouldn’t have any problems. And if you are–don’t be that guy! I saw tourists participating in the rallies, going deep into the crowds, chanting words they couldn’t possibly understand! WTF people? Is this your struggle?

If anything, it is going to be safer after the coup, but you really need to follow the news. And by the news, I don’t mean television. There is no better way to follow a fluid situation than Twitter. Before going anywhere in Bangkok, follow Richard Barrow tweets and hashtag #ThaiCoup. He is a local resident that has lived in Bangkok for twenty years, so he knows the city inside and out.

OK, so you have decided not to cancel your trip, but can you expect any bargains? All in all, tourism in Bangkok is down, and way down. In the first quarter of 2014, the occupancy rate at Bangkok hotels was slightly more than 50%- over 20% less than for the same period of 2013. Well, a cursory look at the hotel aggregate sites says no. Their reasoning must be that foreigners who are going to come will come anyway, while those who aren’t cannot be swayed by a discount. Still, Bangkok must be one of the very few major cities on earth where you can get a 5-star hotel for around $100. I wouldn’t bother with an award stay in Bangkok. The return is unlikely to be worth it.

Needless to say, if you are staying elsewhere in Thailand, the coup is unlikely to affect you at all. And if you are staying in Bangkok, take it easy and have fun. Oh, and remember that the only place you should change your money at the airport, is the Kazikorn Booth on the basement level (see my link at the top). Have a nice trip! 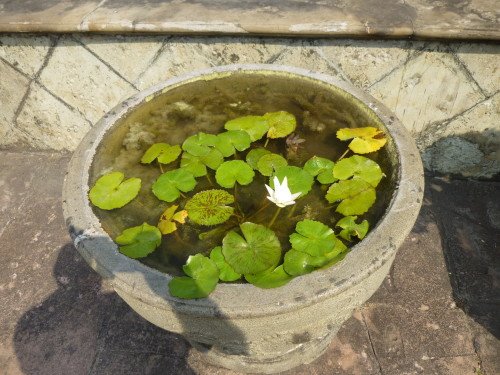 Filed Under: Cheap Travel
← Guess Who is Chase’s New Transfer Partner & Why You Shouldn’t Get Excited About It
Amusing Things You Hear on the Plane →
0 0 votes
Article Rating
Subscribe
Login