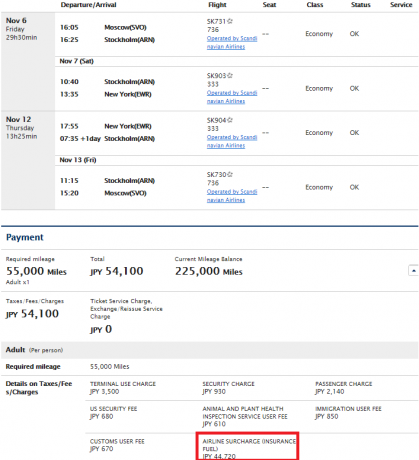 The ANA page tends to default back to Japan (as a home region) when you log out and log in again. I didn’t think much about it until I finished all the screenshots for this and another post. Then I realized that all that JPY pricing might look weird (duh!) but seriously, I’m not going to redo all these screenshots again. Just divide the pirce by 100 and you will get the approximate value in dollars. At the time of writing, $1 is 107 Japanese Yen.

To tell you the truth, I don’t know when ANA dropped YQ on Scandinavian, one of its Star Alliance partner airlines, so my apologies if this is old news to some of you. When I saw that Scandinavian stopped adding fuel surcharges to award tickets a few years ago, I presumed the other Star partners would do the same.  And so I though it was odd that ANA kept adding the fuel surcharge back then even after Scandinavian removed YQ on its own award tickets. Fortunately, they aren’t doing it anymore. I’ve been researching my upcoming trip to Norway, and the fuel surcharge is gone. 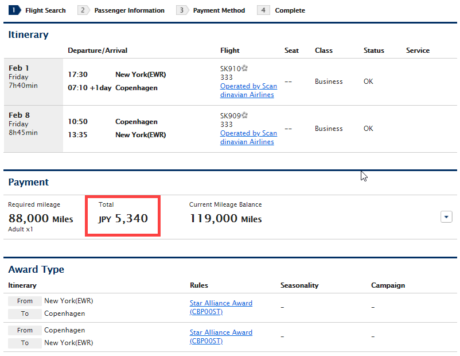 Why is it big?

ANA has fantastic Business Class redemption rate between North America and Europe — 88,000 miles per round trip. You can also add a stopover and up to 2 open jaws and route your flight any which way you want, as long as you’re following its routing rules. For example, you can’t fly from North America to Asia or Australia via Europe, or to Europe via Asia or Australia. But, other than that, ANA allows a lot of things, even backtracking. As a reminder, here are the routing rules. 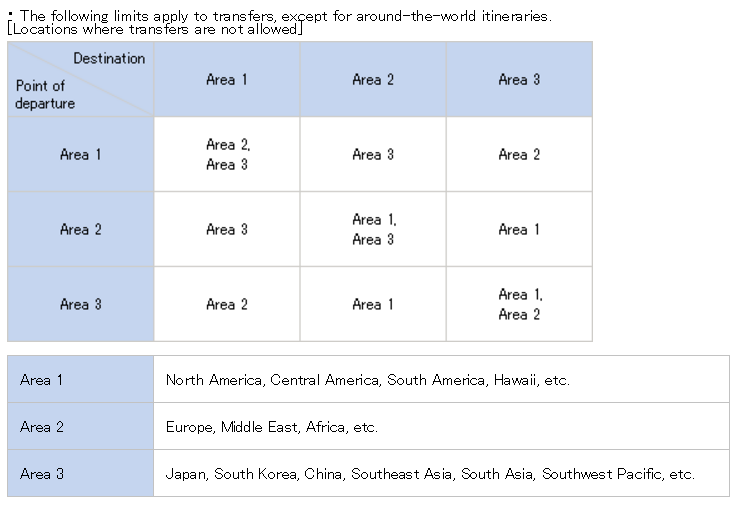 One beauty of Scandinavian Airlines is that it offers nonstop flights from the U.S. to Oslo, Stockholm, and Copenhagen. And from these European hubs, they have a reasonably extensive network all over the continent.

Avoiding fuel surcharges on ANA redemptions to Europe isn’t easy, but it’s gotten easier. Most European Star Alliance partner airlines like Lufthansa, Swiss, and Austrian add huge fuel surcharges. The only ANA-redeemable “non-YQ” airlines from North America to Europe used to be United and Air Canada. However, United award space between the U.S. and Europe is tight, especially in business. And finding award space on Air Canada can be even harder due to the scheduling and married segments issues. (You might find it harder to nail a segment from Canada to the U.S. than from Europe to Canada on the same ticket).

Scandinavian is a perfect tool to increase your chances on getting where you want without having to dole out the exorbitant fuel scamcharges to Lufthansa, Swiss, or Brussels.

How good is Scandinavian Business Class?

The new Business Class cabins that are supposed to be installed on all Scandinavian flights include fully lie-flat staggered seats equipped with mattresses and massage functions in 1-2-1 configurations. Add the top-notch food and service, and Business Class simply doesn’t get much better than this, with the exception of incredibly private JAL window seats or new Delta One or Qatar suites.

Unfortunately, there is one infamous A340 in the Scandinavian fleet that still features that old and tired 2-2-2 design, although the seats are fully flat. It often flies between Chicago and Copenhagen, but can be found on other routes, too. AFAIK, you can’t tell in advance, so cross your fingers and hope you don’t get it on your next journey. The math is on your side.

Spotting award space on Scandinavian can be tricky, but as long as you’re looking at least 9 to 10 months in advance, you should be fine. I don’t recommend searching for availability on ANA unless you want to test the limits of your sanity, so just search the United or Air Canada website (I prefer United) and punch the dates into the ANA booking engine. In most cases, the Star Alliance partner airlines flights available on United can be snatched up on ANA.

Where to fly on Scandinavian 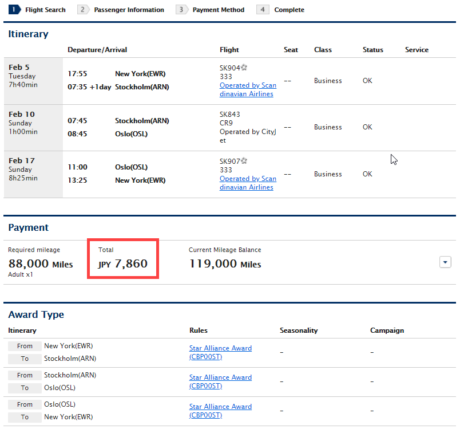 Or you can go wherever Scandinavian can take you including the Canary Islands. Getting a Business Class flight between Scandinavia and Gran Canaria isn’t super-easy, but possible with good planning. 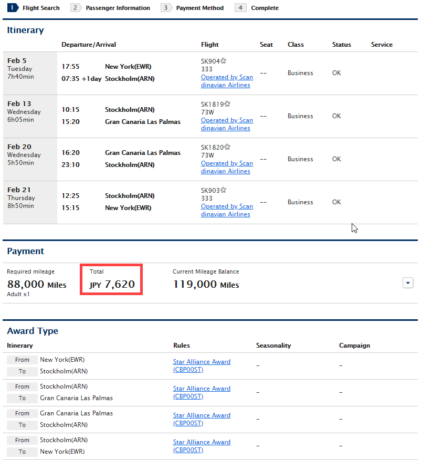 Have you flown on Scandinavian or used ANA miles on Star Alliance partner airlines for flights to Europe? Share your experiences.

Filed Under: Bargains, Credit Cards, Miles and Points
← LAST DAY to Get an UNCAPPED IHG Anniversary Night in the First Year
Ebates 13% Cash Back Today Only — Stack With Other Coupons and Credit Cards 5% Cash Back →
0 0 votes
Article Rating
Subscribe
Login

A+ work. Great to know there’s still ability to fly Star alliance as some of us are locked out of any way to get united miles.

“locked out of any way to get united miles”

Tell me about it!

[…] ANA Has Dropped Fuel Surcharges for Award Flights on Scandinavian Airlines by Lazy Traveler. Yay, fuel surcharges are the bane of my existence. […]

We booked Europe using ANA in September, and about two weeks ago saw the domestic outbound portion (OMA-ORD-CPH-LHR) open up in business class. Called in, for the seats switched out, no problem. A couple days later I get an email telling me my reservation has been cancelled and a refund of $22.40 has been processed. I checked online and saw the reservation still looked active, so I called in. Pretty quickly I learned that it was a refund of taxes and not an actual problem with the flight. So I’m confident in saying the change happened between September and March.… Read more »

Interesting, but it might’ve been something else. The YQ ANA added to SAS was pretty bit, $400+, so they might’ve dropped it even before then.
Good luck getting the new product!

Hmmm… I had a Singapore award last year in business from DXB-ZRH-CPH in Swiss, CPH-ORD on SAS that only had $257 in taxes and fees. So I always thought that SAS was on the low end for fuel surcharges.

Not really, if you check my first screenshot in the post, the YQ on SAS Transcon was about $400.

Maybe, Singapore stopped adding YQ on SAS after SAS stopped adding YQ to its own metal. If so, the fees you saw could be on Swiss, not SAS. That’s all a theory, of course. I have no way to know for sure. A good thing is we now have 3 airlines to Europe with no YQ.

Andy, slightly off topic, but do you know if ANA redemptions on Ethiopian attract YQs? I think Aeroplan doesnot, not sure about ANA. Thanks.

Andy, do you know if this is only true to ANA, or other SA? I’m particularly interested to find out if ANA is the only one who dropped, and if it’s still sky when redeeming w/ Asiana miles? Thanks!

Esther, I honestly don’t know anything about Asiana miles. I checked their program sometime ago and was unimpressed, so I’ve never tried to go deeper.