The End of Churning? Writings on AMEX Wall 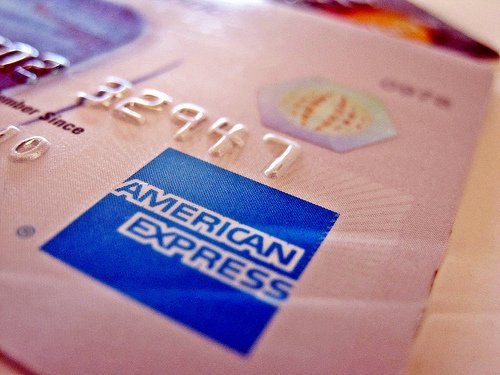 Is American Express onto us?

Dan’s post that made a big splash yesterday warns about the upcoming end of our ability to churn American Express cards every 12 months. A few of his readers spoke with AMEX reps who told them that AMEX was about to implement new (?) policy prohibiting members from receiving a sign up bonus more than once in a lifetime. Read about it here: Are Major Changes Coming To American Express Consumer Card Bonuses?

Come on AMEX! Don’t do that to me. How am I supposed to churn milk into butter with one sweep? And by butter, of course, I mean first-class award ticket around the world.

From the horse’s mouth:

Effective for consumer card applications on May 1st, acquisition incentive control [italics mine] will be declined if the Card Member has ever had the same card and cancelled it. We no longer limit the timeline to look back 12 months.

What is it, that’ll be declined on May 1st? Boy, do I love it when AMEX talks dirty!

Look, I”ve gotta admit, I’m not exactly heartbroken. Slightly upset? Perhaps. Very upset? Nope! AMEX used to have this policy for a long time before they put their current 12-month policy in place. In addition, Chase has had the same policy for a long time too, and yet, plenty of our fellow hobbyists churn Chase cards successfully. I’ll bet AMEX is not going to carpet-bomb everyone with their new ruling. They are breathing down Chase’s neck, and if they are not going to have to withdraw from this race, they’ll have to manage their initiatives. Some email exchange between Dan’s readers and American Express representatives seems to confirm this notion.

You may be wondering why we are doing it. I know it’s a great loss to people who genuinely take advantage of it. Of recent though, we have seen some misuse of it. I.E. people getting Cards, spending the required spend limit, and then canceling.

I’ve always said on my blog and in my books: do not treat your relationship with a credit card as a one way road with no speed bumps and no traffic rules. If you’re in a habit of pulling a fast one–get the bonus and dump the card–how can you expect from the credit card company to value you as a customer? We already take much more than we give, so give them at least something! Use the card. Charge. I never close a card before the annual fee is due.

If you keep reading at this point, it surely doesn’t look like the end of the world.

For example, if a Cardmember has been with us for a while and does not have a history of hit and run, so to say (I’m using my own language), then that requirement may be relaxed. I can’t guarantee that will be one of them. But it’s a possibility.

Of course, no one can guarantee anything at all. We don’t know if American Express has a data equivalent of a “smart bomb”, as in the ability to differentiate hit-and-runners from not-so-bad customers like me, LOL. Still, I’m not depressed. Well, I am, but this is not why. I don’t think we’re going to witness the end of American Express churning just yet.