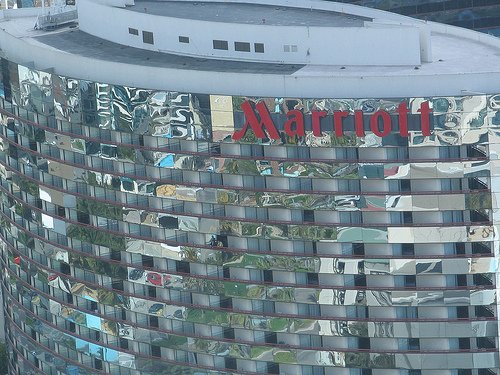 Yesterday I posted some News About the Supposedly Upcoming Marriott Devaluation that I had read at View from the Wing, who had read it at Loyalty Traveler, who in turn had read it at the Reward Insider Marriott thread. Well, there is only so many original news from this little hobby of ours, but I always try to get to the primary source of information unless it takes me the whole day (check the name of this blog, again).

Among the rumors, this one was the worst:

The idea of the thread was that the Marriott was about to greatly devalue their program for the second year in the row, but it appears that what concerned folks from the Reward Insider thread was the dilution of the elite benefits. Please check the link above to see the full quote.

After letting it stew for awhile until it hit the prime news (meaning Boarding Area blogs and Flyertalk), the Marriott overseer (AKA communitymanager) came over to the Reward Insider to soothe the pain.

There are no changes planned to Elite benefits.  There is nothing hidden in these words – we have no devaluation of Elite benefits in the discussion, planning or execution phase.  No ‘later this spring’ announcement of any kind planned.  No new levels.  No changes to concierge lounge access.  No “Delta” model.  Annual award category changes will be announced next week.

Yey, right? Wrong. Since I don’t care about elite benefits (well, I’m a lowly Silver and it doesn’t do anything for me), all I can see is this:

Why? Because while communitymanager energetically denies any rumors regarding the elites, there is not a single word in the passage to address the rumors of devaluation. With my uncanny ability to read between the lines, here is my loose translation:

It’s a matter of fact

Marriott Rewards is already a very dull loyalty program. If this devaluation is indeed going to happen, than my advise to burn and run still stands. Pray that they don’t pull Wyndham on us.

Hat Tip to Gary from VFTW