Free Ticket? Sure, but Don’t Forget to Fill Us Up! 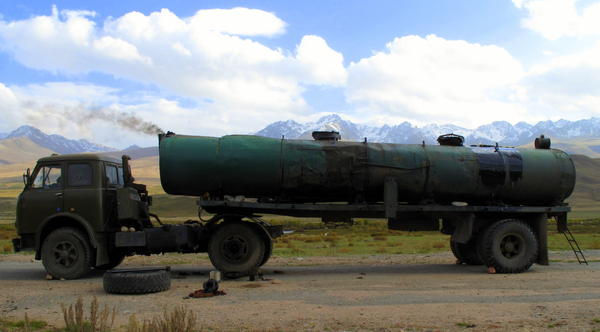 British Airways is being sued by a group of flyers for imposing fuel surcharges on award tickets. If British should lose, it might open the floodgates of lawsuits against other “greedies” who brazenly and routinely use bogus “fuel surcharges” (also coded as YQ or YR), in order to pad their bottom-line.

These infamous fuel surcharges began their incessant rise in 2008 as the legit means for world airlines to protect themselves from the fuel spike. It’s not like they hadn’t done it before, but all over sudden, the airlines discovered that imposing fuel surcharges would work as a terrific tool to stealthily raise their effective fares without increasing their base fare. Up until the recent US government regulations went into effect, the airlines hadn’t even itemized their taxes and fees, and instead bundled YQ charges together with other legit fees to create an illusions that those were just the taxes that flyers had to pay anyway.

Nowadays, fuel surcharges are still airlines’ favorite slight-of-hand trick allowing them to pay lesser commissions to outside agents and, more importantly, profit from the segment of flying public they truly despise—us. If they can fly us to London on an award ticket while still charging us $700 for fuel, they could give away Avios like candy and still get ahead.

While I can’t prove it, I strongly believe this is exactly the reason why American Airlines pushes British for many AAdvanatage flights to Europe ahead of their own metal. Airlines normally don’t like it when you try to fly on a partner—just ask US Airways or United. With AAdvantage award tickets, however, British Airways availability is simply terrific. I wonder why (no I don’t).

The recent Amadeus fare “mistake” displayed the sheer ridiculousness of airlines’ claims that fuel surcharges “reflect the fluctuating price of worldwide oil.” (British). According to Autoslash.com, a ticket from NYC to Milan booked on the obscure Norwegian site Wideroe last Saturday, ended up costing $130.40 after the fuel surcharges of $474 were mistakenly dropped by Amadeus. That $130.40 was inclusive of all other fees and taxes.

U.S. District Judge Raymond Dearie has denied British Airways’ request to dismiss the lawsuit and noted that fuel surcharges imposed by the British between 2007 and 2012 “bore little relationship to–and were not based upon—changes in the price of fuel.” It’s appeared that no London bridges have changed hands during the hearing, although not for the lack of trying on part of British.

Where we are going from here is hard to say. My bet is, British will settle the case quietly, thus avoiding another PR disaster akin to the one in when they were taken to court in the UK and US for collusion with Virgin Atlantic on the same issue: the price of fuel surcharges. They’ve been taking so many liberties with YQ-s that there is no way, in my opinion, they will be able to sell their story to the jury.

Please note: while fuel surcharges are never a good thing, they are not always draconian. The US airlines charge reasonable YQ-s, and they do not impose fuel surcharges on award tickets (except Spirit, of course, but those guys are in the league of their own). Most foreign airlines do impose fuel surcharges, including award flights, though. Among worst offenders, there are British Airways, Lufthansa, Virgin Atlantic, ANA, Emirates, and Quantas, (this is not by any means a complete list, but it does give you an idea). If you are crossing the Atlantic or Pacific in an award seat on one of those airlines expect to pay over $500 YQ in coach and over $1,000 in first or business. Other airlines, such as Iberia and Aer Lingus impose much lower YQ-s, and they are remain low when you book them with American AAdvantage or British Avios.

How to avoid YQ-s? It’s not an easy question. Airlines love their YQ games and change the rules quite often. But here are the basics, anyway.

No matter what you do, don’t get taken by fuel surcharges on an award flight.

Filed Under: Mile And Points
← $19 PP a Day for an All-Inclusive Hotel. Does It Go Better Than That?
$15 All-Inclusive Deal at Lifestyle Tropical in DR for 15 Hours On Cyber Monday →
0 0 votes
Article Rating
Subscribe
Login

[…] 2013, a group of Executive Club members brought a lawsuit against British Airways for imposing fuel surcharges on award tickets. The case is […]