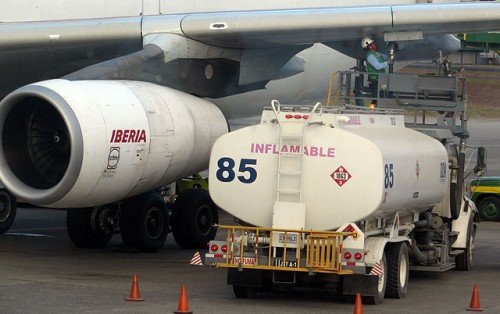 What is a fuel surcharge?

It’s a scam that allows airlines to cut commissions to travel agents, because, well, this is a surcharge and not the price of a ticket—too bad, suckers!

It’s a legalized fraud that allows airlines to get paid for award flights they are supposed to give away for free—too bad, suckers.

Airlines began imposing fuel surcharges in 2000, but the practice really took off in 2004. Back then it was probably about fuel. The world oil prices spiked and the airlines decided that consumers would understand.

But then, somewhere along the way, things changed. Airlines realized that not only fuel surcharges were a great excuse for stealth fare increases, but that they could use fuel surcharges regardless how much fuel really cost.

Airlines struck gold! And they are not going to give it up easily. Or perhaps ever!

How Far Airlines Would Go to Protect Their Most Favorite Surcharge?

Oh, they would go as far as they have to. Including straight to a prison ward.

In 2007, British Airways was fined $546 million by the U.S. and British regulators  for colluding with their archrival Virgin Atlantic and others to fix fuel surcharges for their passenger and cargo flights.

British was not the only airline slapped with record fines. Korean Air had to pay $300 million for colluding with Lufthansa. The investigation encompassed 21 airlines around the world, including Air France, Cathay Pacific Airways, Japan Airlines, and All Nippon Airways among others. 19 airline executives were slapped with criminal charges, and some–from British Airways, Martinair, Qantas and SAS—agreed to serve prison terms. The fines totalled $1.7 billion.

Neither Lufthansa, nor Virgin Atlantic were charged or fined, though. Why? Because they promptly rolled on their co-conspirators, and thus qualified for the Office of Fair Trading’s leniency policy. Smart guys!

In 2013, a group of Executive Club members brought a lawsuit against British Airways for imposing fuel surcharges on award tickets. The case is ongoing.

We shouldn’t think that airlines are completely indifferent to the public outcry over fuel surcharges today when the gas prices are so low. Being responsible and PR/lawsuits-sensitive organizations, airlines knew they had to do something to regain public trust and support. So they have delivered.

See, and you thought airlines don’t care about us. Wrong!

Sarcasm Aside: Some things do change for better

Hope you understand that “good”, “bad” and “ugly” are used here in reference to one thing only: fuel surcharges. Also keep in mind that even “good” airlines may and do add fuel surcharges to some of their partners, and even “ugly” airlines may not collect YQ/YR for all partners.

The Average (Low YQ/YR from best to worst)

Photo by “IBE-refueling-gua” by FDV – Own work. Licensed under CC BY-SA 3.0 via Wikimedia Commons

[…] Traveler goes on a rant about one of the most hideous features present in our hobby: Airline Fuel Surcharges. You have been warned, just say […]

The gift that keeps on giving, indeed. Kind of like Herpes.

Love that! Too late, or I would’ve used it in the title.

Pry My Fuel Surcharges From My Cold Dead Hands! | The Lazy Traveler's Handbook

[…] way in. The money is too easy. And come to think that I once placed Scandinavian into the “Good Guys List!” I’m too […]