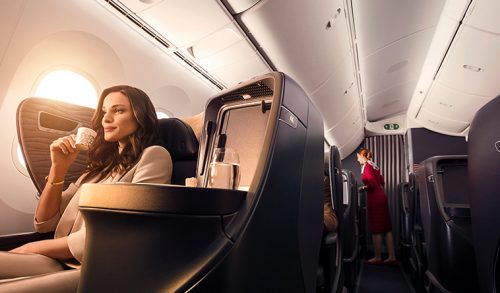 These pesky fuel surcharges are my favorite pet peeve. Not unlike so-called hotel “resort charges,” there is nothing real about them. These so-called “surcharges” are merely a legalized scam, an accounting trick, a profit center that allows airlines to screw travel agencies out of commissions and extract money from their loyalty program members redeeming miles on a supposedly free award flight.

Experienced miles and points travelers can fly from Point A to Point B on so many airlines and via so many routes that there are often not enough letters in the alphabet to cover all the possibilities. But sometimes you just want to go from A to B, and that’s it.

Did I say sometimes? I meant to say most often. Most normal people who might have one or two vacations a year aren’t looking for sophisticated itineraries. They’re looking for the easiest way to get to that point B, preferably nonstop.

For a nonstop to Istanbul in Business, Turkish is the best option

Turkish flies to a staggering number of U.S. cities from Istanbul.

And to other North America cities if that’s not enough.

And, even though we’re talking about nonstop flights, I can’t help but mention a mind-blowing Turkish Airlines network: 290 cities in over 120 countries, if you’re willing to travel via Istanbul and perhaps have a free stopover in that fascinating city. 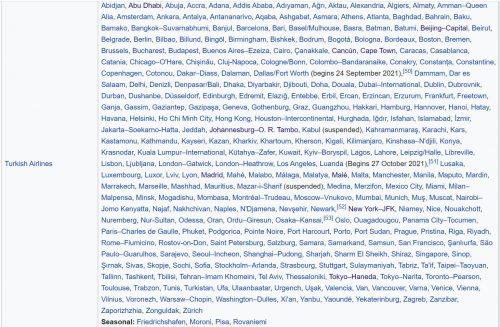 Turkish flies to more countries than any other airline

I know, I hate them too!

Look, I won’t pay a $1,000+ “carrier-imposed surcharge” for a Business Class seat on British, Lufthansa, Austrian, Swiss, or Brussels. This is nothing short of highway robbery, and I’m not going to encourage bad business practices. If you’re thinking, come on, you’re just cheap, well, that too. You got me there.

But then there are carriers like Air France and KLM. Their scamcharges in Business are milder, around $300 each way. And then, there is Turkish.

Turkish loves to claim it’s the best airline in Europe in relation to Business Class. Literally!

Of course, you can say there isn’t usually a lot of truth in advertising, and you’ll be right.

But Turkish might be that exception that proves the rule. In fact, can you name a European airline that’s better than Turkish?

The thing about Turkish, according to almost every report I’ve read, is that it blows all the competition out of the water in terms of food and service. At least you’re getting something real for your premium. And while their old Business Class seats in a 777 and 330 are less than stellar, the new ones on a a 787-9 Dreamliner feature a new all-aisle-access Aurora design. The only thing these seats are missing is a door. Yeah, I know. 🙂

A Turkish fuel surcharge is milder

This is interesting because it shouldn’t be this way. ANA should just add whatever Turkish is charging, and not more.

The redemption costs between these two programs for a Business Class flight to Europe are very close: 88,000 with ANA miles and 90,000 with Turkish miles per round trip (ANA doesn’t allow one-way redemptions).

However, if you’re flying from the U.S. to Istanbul with Turkish miles you’ll actually get a better deal even though you’ll pay 2,000 miles more.

Here is an award flight to Istanbul booked on Turkish.

And this is the same flight booked on ANA 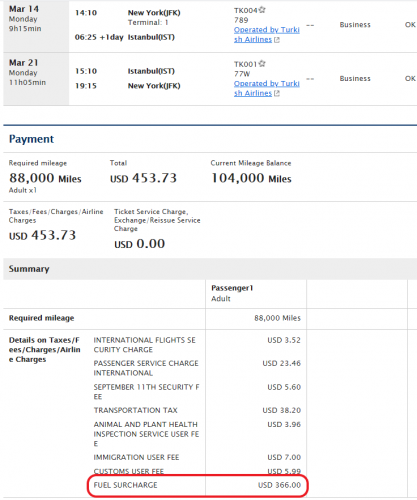 So what program to use?

On the other hand, Citi points might not be as easy to get (AmEx has plenty of cards to earn points unlike Citi that, after the demise of the Prestige, has only two).

UPDATE: A reader sent a correction (thanks Seth!)

Small correction. There are a couple additional Citi cards that are decent options for earning Thank You points: Citi Double Cash (which earns a flat 2% cashback that can be transferred to TY points at a rate of $.01 to 1 point) and the new Citi Custom Cash (earns 5%/5x cash back/points on up to $500 of your top spend category each the billing cycle). Both are pretty lucrative cards for everyday spend.

You can fly Turkish on ANA or Turkish miles. The difference between the 88,000-mile and 90,000-mile redemption rates is negligible. Both are unicorn-grade redemptions for a Business Class seat to Europe in this day and age.

Still, with Turkish miles, you can save $74 on your Istanbul award ticket and even more if you fly via Istanbul to your final destination compared to ANA.

Of course, that’s only if you want to fly on Turkish to Turkey or via Turkey, otherwise you have other options with low surcharges or none at all.

Small correction. There are a couple additional Citi cards that are decent options for earning Thank You points: Citi Double Cash (which earns a flat 2% cashback that can be transferred to TY points at a rate of $.01 to 1 point) and the new Citi Custom Cash (earns 5%/5x cash back/points on up to $500 of your top spend category each the billing cycle). Both are pretty lucrative cards for everyday spend.

Does Turkish charge about the same surcharge whether it’s into IST or other big European cities?

No, it adds an additional surcharge for whatever city you’re traveling from Istanbul.