How I’ve Burned All My Club Carlson Points 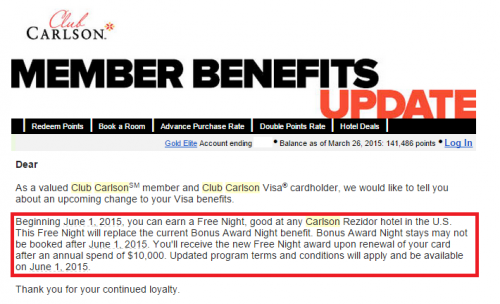 Tomorrow, May31, most probably will be the last day when you can still get two Club Carlson nights for the price of one at the old reward levels. The language is a little confusing as it says “can’t be booked after June 1″ which might suggest that June 1 is the actual final day, but I wouldn’t bank on it.

If you are a procrastinator, this is the final call to get all your ducks in a row.

I control three Club Carlson accounts: two personal and one business. Here is what I’ve booked. 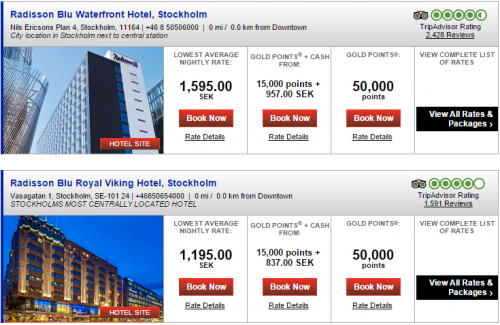 In October, I’m traveling to Bangkok (and will attend the first TBEX Asia conference too, I guess, I’m getting addicted), Honk Kong, and Vietnam. I didn’t see many options to burn Club Carlson points except in Bangkok where I booked two nights at the Radisson Suites Bangkok Sukhumvit for 28,000 points.

I still had too many points left, so I decided to do what I always do in situations like that—invent a reason to go somewhere. I’ve wanted to visit Iceland for quite some time, and Iceland presents quite a nice opportunity to burn some hot points: Reykjavik is expensive and it does have 2 Radisson hotels: the Radisson Blu Saga Hotel, Reykjavik and the Radisson Blu 1919 Hotel, Reykjavik. I booked 2 nights at each of them. 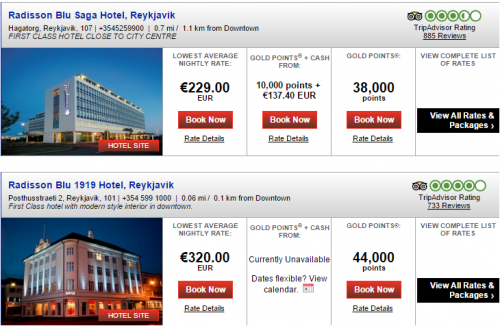 There were still some Club Carlson points left that were burning me from the inside, so I decided to make a stop in Hamburg on the way back from Reykjavik. Why Hamburg? Oh, there are plenty of reasons why one would want to see Hamburg. Here is mine.

Parents beware: this is what happens to grown men who didn’t have enough toys to play with as children. 🙁

Anyway, Hamburg is where I hit a snag.

All my bookings have worked great so far. Some of them were booked on my points, and others on my wife’s. The only thing that does concern me somewhat, is that the Club Carlson T&C state that the member has to travel in order to be eligible for the free night benefit. I’ve never heard from anyone that they would really deny the benefit to anyone, but technically, it can happen. What the hell—let’s live dangerously. 🙂

At that point, I found myself actually short of miles. I (well, wife) had slightly more than 41,000 points left, and I needed 44,000 in order to book the Radisson Blu Hotel, Hamburg.

So, without thinking much, I went ahead and bought 3,000 miles for $21. Not a big deal, right? Right, only the points don’t get to your account right away. The confirmation message said it could take up to 72 hours for the points to appear in her account. I’m sure they tried to warn me before buying the points somewhere, but I was in a hurry. This is the email they sent us.

I have no idea how I work this out or if I actually can work this out (they are closed tomorrow). I’m going to try the general reservation number, but if push comes to shove, I’ll grab 2 nights at the Radisson Blu Hotel, Hamburg Airport instead. It’s reportedly a 10-minute train ride to the city center, so I don’t sweat it much. Live and learn.

Will I be able to use all these reservations? I never know 100%, and that is why I’ve booked all my flights with my Chase Ritz Carlton Visa, which, supposedly, offers the best credit card Trip Cancellation and Interruption insurance coverage, although I have never (thank god!) had a chance to find out!

So, how is your Club Carlson housekeeping: ongoing or done? Share with the class!

Miles and Points Good Stuff Weekly… Not So Good, Too!

My Credit Card Offers Are Updated I’ve updated my best credit card links for free flights and free stays. It’s been a while since my last update, but most changes have occurred within the last few days. Still, sorry about that. Best Credit Cards for Miles — Free Flights Best Credit Cards for Points —… END_OF_DOCUMENT_TOKEN_TO_BE_REPLACED

Per Frequent Flyer, Club Carlson is taking away the most valuable benefit for elite members–the Bonus Award Night. As of right now you get the second night free when you book two nights or more. If you have a partner, you can apply for two US Bank Club Carlson credit cards and use the BOGO feature… END_OF_DOCUMENT_TOKEN_TO_BE_REPLACED