The Chase Ultimate Rewards program has been “on a roll” lately! See for yourself.

They have denied two applications from my last app o-Rama for the British Airways and Chase Sapphire Preferred cards. Oh, you think, it won’t happen to you? You think so, huh? Well, know this: last time I had a denial from Chase that I couldn’t overturn was in the 90s. 90s, I tell ya!

So far, I have called them three times. I’ve tried different numbers and different explanations. I told them how great their cards are, and I educated them on the cards’ specific benefits. I told them to reallocate my credit. I told them to close a card or two if they had to. Nothing’s worked!  I’m telling you, their reconsideration department used to be the easiest to deal with, but now, they have gone to great lengths to barclaydize themselves.

And speaking of Barclays, I was approved for my third US Air card automatically and with a huge credit line to boot. Go figure!

Fourth time the charm? Should I call again or call it quits?

Sure, it’s just a $1,000 difference, right? Sure, you Chase apologists, you. It’s, however, a thousand dollars, spend on which you will never get back. If you don’t live in a Manufactured Spend wasteland such as NYC, this diverted $1,000 could’ve otherwise put $50 in your pocket. And if, otherwise, you are just struggling to meet spending requirements for several cards from your latest app-o-Rama, then you will have to struggle even more.

They have removed Korean Airlines from the list of partners.

Big deal, you might say. Korean Air is a pain in the ass, anyway, and here is why.

So, why is it a big deal–losing this PITA airline as an Ultimate Rewards transfer partner? Because no one has the kind of first and business class availability, Korean Airlines does. And because Korean Airlines is the only UR’s SkyMiles Alliance partner. 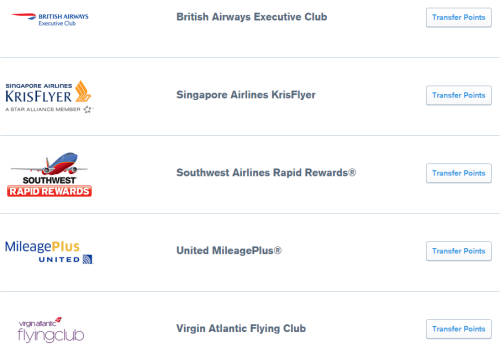 I would love it if the Chase Ultimate Program would stop at three strikes, but they haven’t.

Forget transferring your points to another “unrelated” account. Seriously. I know it has been the official policy for a long time, but it was also the policy that hasn’t been enforced until now. Which meant no policy at all. That has changed, unfortunately.

And let’s not forget some past transgressions…

And let’s not forget future transgressions…

Chase is, supposedly, increasing the annual fee next December for Sapphire Preferred to $125 a year. And you thought that $95 was already too much!

So is Chase Sapphire Preferred credit card not worth getting anymore?

What are you talking about? Of course, it is! As long as it’s still $0 Annual Fee for the first year, this is a no-brainer. Grab it!

Supposedly, two bloggers, View from the Wing and One Mile at a Time have contacted Chase that told them that the Korean fiasco is a glitch, and the service would be restored soon. So far it hasn’t happened, but if true, then Chase Ultimate Rewards sucks slightly less.

Andy a question when you write “And speaking of Barclays, I was approved for my third US Air card automatically and with a huge credit line to boot”
You mean you have 2 already? I am confused ..

I had two cards, but then canceled one before applying for the third one.