6 Reasons to Snag That Choice Hotel Credit Card 75,000-Point Welcome Bonus and 3 Reasons Not To! 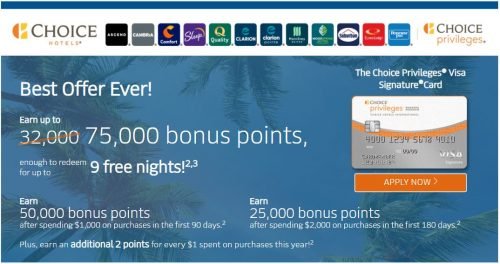 Choice Privileges must be the most underrated major hotel loyalty program in the world. In my recent post I explained why the new Citi transfer partnership with Choice Hotels (at a 1:2 ratio) is a game changer.

Citi Adds Choice Hotels With a 1:2 Transfer Ratio: Here Is Why It’s Great News PLUS a Few Ideas for Your New Year’s Eve Travel!

But there is a current Choice Hotels credit card offer of its own, which can disappear at any moment. Here is the direct link (HT: Doctor of Credit and his reader abhirupduttamit).

Please note: there is a 3% foreign transaction fee, so don’t use it abroad! 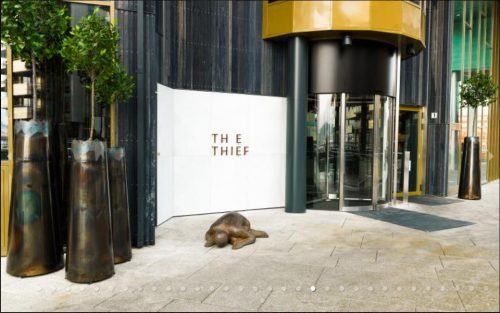 THE THIEF, A luxury boutique hotel in Oslo, Norway

So why you might want to get this card ASAP

The regular Choice credit card bonus is 32,000 points. It’s been this way for years and still is, so if you stay or want to stay at Choice hotels with any kind of frequency, consider getting this card now. The previous highest bonus was 64,000 points, and these elevated bonuses are fairly rare.

How many no-annual-fee-high-bonus personal cards have you ever seen? Case closed. 🙂

4. Extra 2 points on everything 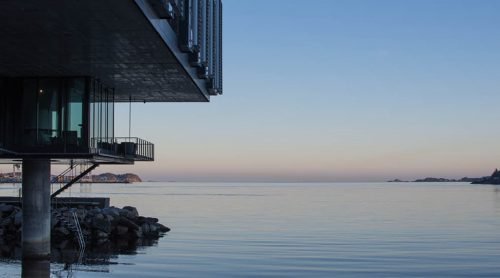 While World of Hyatt is arguably the most valuable hotel currency, Choice Privileges can often get you an an equally outsized value or even better from your redemptions.

Of course, it depends on where you spend your points, but no hotel programs provide the highest value everywhere and all the time. As an example, it’s not unusual to see Hyatts redemptions priced at just $0.005 per point.

However. for international travel, getting outsized value from Choice points is easy. In my previous post I’ve checked the values of using points versus cash in some European markets. This is what I’ve found. At Six: a unique Stockholm hotel with a rooftop park called SUS (Stockholm Under the Stars)

6. Choice does have upscale and luxury options

Choice hotels don’t normally come to mind when we’re thinking “aspirational,” but there are a few exceptions. These 83,000 points you can earn after meeting the spend requirement, can buy you at least two-three nights at these properties. Seriously, the fact that it used to be even worse only means that it’s become slightly less worse. How can you plan anything beyond that window? How can you, for example, book plane tickets while you have no idea about the two key elements of your projected stay:

Basically, if you have to plan your travel beyond the 100-days window, you’ll have to book another fully cancellable reservation just in case your Choice stay doesn’t work out. Better yet, keep your Choice points strictly for the occasions when you don’t have to plan far ahead. 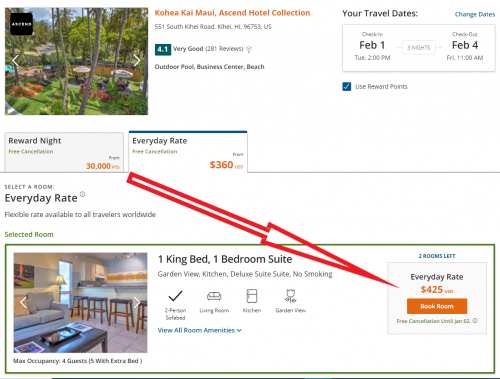 In addition, Citi Premier pays 3 points per dollar spent on gas, transit, dining and groceries, and all that with a no-foreign-transaction fee, making it a far superior credit card for earning Choice points. Remember this 3X actually means 6X when transferred to the Choice Privileges program.

Ironically, while you still can use points for stays at all-inclusive resorts, these redemptions have become much less valuable.

Just last summer Choice onboarded some 50+ AMR Collection resorts to their network, including some of the best AI properties in the world: Dreams, Secrets and Zoetry among others. However, after Hyatt completed its acquisition of the Apple Leisure Group (the parent company of AMR Collection) earlier this month, the AMR brands have disappeared from the Choice booking engine. There are still some all-inclusive resorts in Mexico and the Dominican Republic bookable with Choice points, such as Emotion and Ventus, but I don’t know anything about them (although that doesn’t say much 🙂 ). There is a Choice Hotels credit card link that offers a record-high 75,000-point bonus. There is no annual fee and very easy spend requirement. Plus, until December 31, 2021 Choice is offering an extra two points on all purchases.

In addition, if you intend to spend your Choice points on booking a room at an all-inclusive resort, you might be disappointed since best resort brands, such as Dreams, Secrets and others have left Choice for Hyatt.

But even if you’re a Choice loyalist, the Choice Hotels credit card might not be the best card to collect points. For one thing, this is a Barclaycard product, and their cards are often subject to the unofficial Chase-like 6/24 rule. Plus there is an alternative: Citi Premier has a slightly better bonus, a much better earning scheme, and, most importantly, you can transfer Citi points to Choice at a 1:2 ratio. That’s a game changer!

Having said that, Citi points are versatile. You might want to spend them on other things like transfers to Turkish for cheap flights to Hawaii, Virgin Atlantic for cheap First Class tickets to Japan, LifeMiles for an incredibly great deal in Business to Lisbon, or Wyndham to book a fantastic Vacasa rental. In the meantime, the Choice card can be a great tool exclusively dedicated to collecting more points, especially considering a huge sign-up bonus and no annual fee.

If my Choice card summary sounds a bit convoluted, that’s because there are a lot of things to consider. We’re not in the 2000s when anyone with a decent FICO score and a pulse could get any card they wanted over and over again. Think strategically and decide whether this card would be right for you.

What do you think? Tempted at least? 🙂

Welcome to my weekly miles and points roundup plus other travel news from the blogosphere. Here are some topics: 85.000 Delta miles to Israel in Business Great new welcome bonuses from Cap One and Barclaycard New Hyatt Hotels A roundup of better U.S. Wyndham hotels Chase’s failures And more! Planes You can fly to… END_OF_DOCUMENT_TOKEN_TO_BE_REPLACED

Should You Apply for the New Barclays 64,000 Choice Privileges Points Offer? Part 3: Points Plus Cash, Luxury Options, and Free 1,000 Points