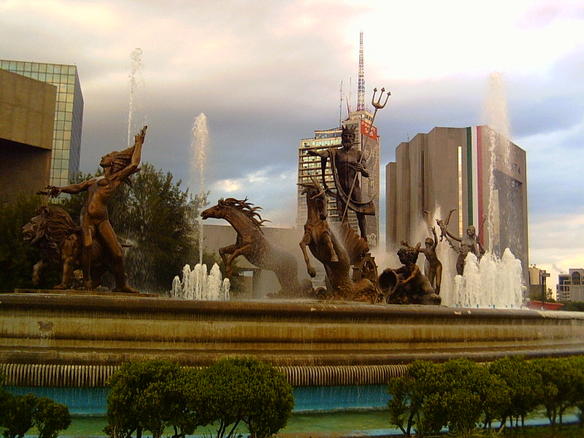 This it the fourth part of my Marriott Cheap Category Hotels series that covers the most interesting Marriott low category hotels located in located in Mexico, the Caribbeans, and Central America. South America will be covered in the next post.

PART 1: Marriott Category 1 and 2 Hotels in the U.S. Book Now or After August 1?

PART 2: Marriott Category 3 Hotels in the U.S. Book Now or After August 1?

Marriott has walked away from the August 1 date, so we don’t know for sure when exactly the program will change, but I wouldn’t risk it. It can easily be August 1. If you see that the points for the hotel you want are going up – I wouldn’t wait to find out when.

Mexico is a beautiful country as long as you know where you should go; where you could; and where you shouldn’t. And there are enough cheap Marriott hotels in Mexico to arrange several adventures, let alone one. If you’re not familiar with Mexico except for the major tourist destinations, here are a few online guides I used to help me separate the studs from the duds:

25 Best Places to Visit in Mexico

Here is a valuable resource that will help you decide where you want to go in Mexico depending on your risk tolerance level.

Map: Mexico’s worst places to travel, according to the State Department

And here are some Marriott cheap category hotels for you – in no particular order.

While Monterrey (the capital of the state of Nueva Leon) does have a few historical sites, it’s an incredibly modern city that boasts the one-of-a-kind Fundidora Park, which serves as an industrial heritage museum combined with a public park. If you are looking for a traditional Mexican small town vibe, you need to look elsewhere.

Monterrey “experienced the drug wars up close and personal,” says Lonely Planet, “but by 2017 cultural life was back with aplomb, especially around the Macroplaza, with thriving restaurants and bars in the newly safe Barrio Antiguo. Nevertheless, narco gangs still affect some neighborhoods, including Colonia Independencia just across the Río Santa Catarina – avoid it day or night.”

There are 3 cheap Marriott hotels in Monterrey, 2 of which are going to become even cheaper. 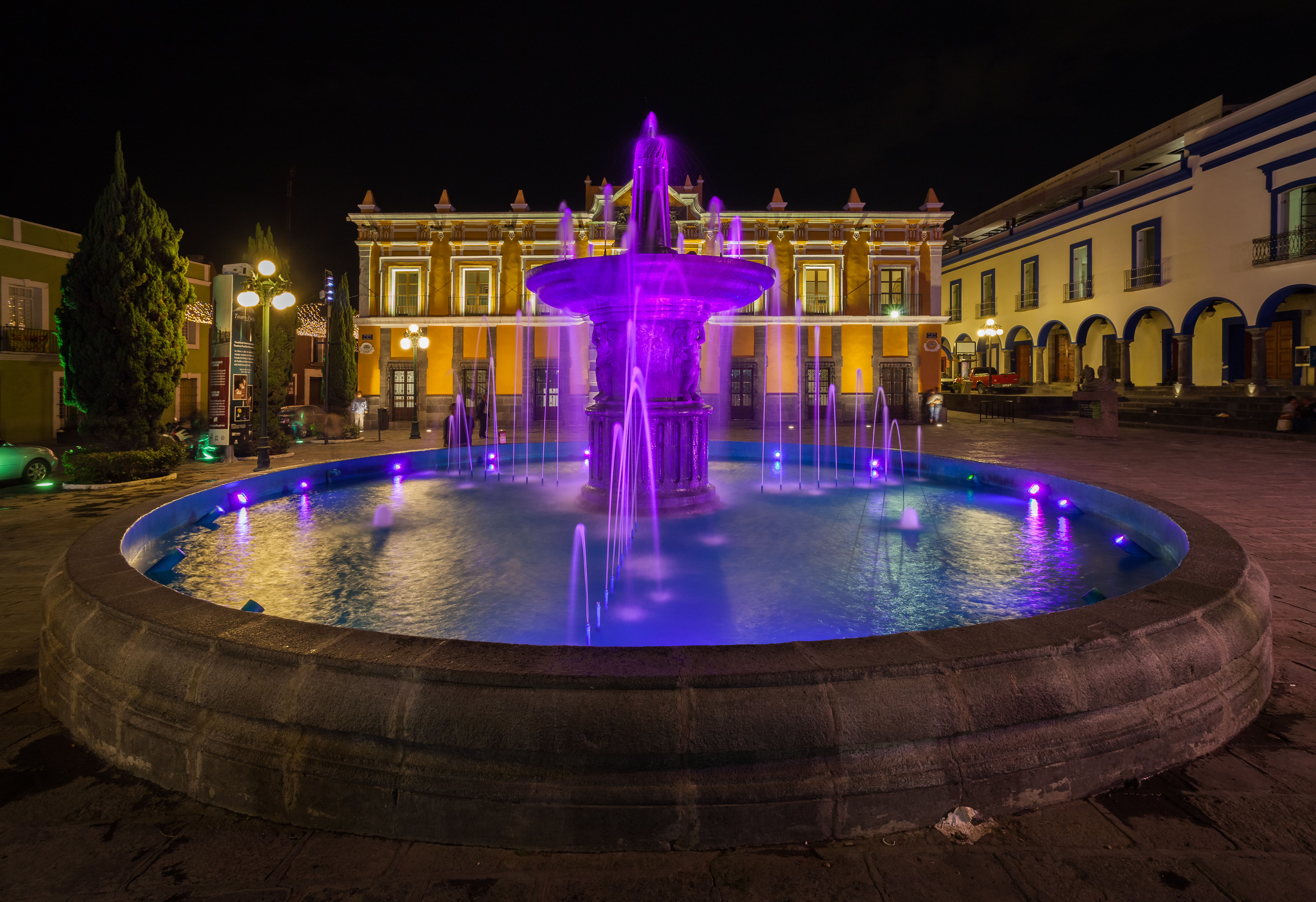 Puebla, southeast of Mexico City, is one of the most popular tourist destinations in Mexico to the point that most travel guides list it one way or another. USNews rates Puebla number 9 among the most interesting travel destinations. “This colonial city… is filled with churches – 365, to be exact – but its main draws are its stunning Talavera pottery and its sweet and spicy cuisine. When the sun sets, venture to Callejón de los Sapos to listen to live mariachi music.”

There are 3 cheap Marriott hotels in Puebla. Sweet!

Everyone has heard about Guadalajara. It has a legendary sightseeing value only matched by its legendary nightlife. “The city has an abundance of museums and cultural sites preserving Mexican history,” says Road Affair. “Moreover, both mariachi and tequila were born here, so it comes to no surprise that Guadalajara also offers some of the best nightlife in Mexico.”

There are 4 cheap Marriott hotels in Guadalajara.

The only hotel in downtown Mexico City on this list is Four Points Colonia Roma, but if you don’t mind staying farther out in Santa Fe, book the posh JW Marriott in Santa Fe for only 15,000 points. In August, it’s going up 10,000 points – a huge increase! And, as you can see, all of them are going up in price, so act now if you’re interested.

Cancun is a relatively small city, but this hotel is not on the beach and not within walking distance to the beaches of Zona Hotelera, and from what I understand, they don’t offer a free shuttle. I honestly don’t believe that even 12,000 points is a good price for this location, let alone 17,500. But it’s a major tourist destination, so I felt obliged to include this property. 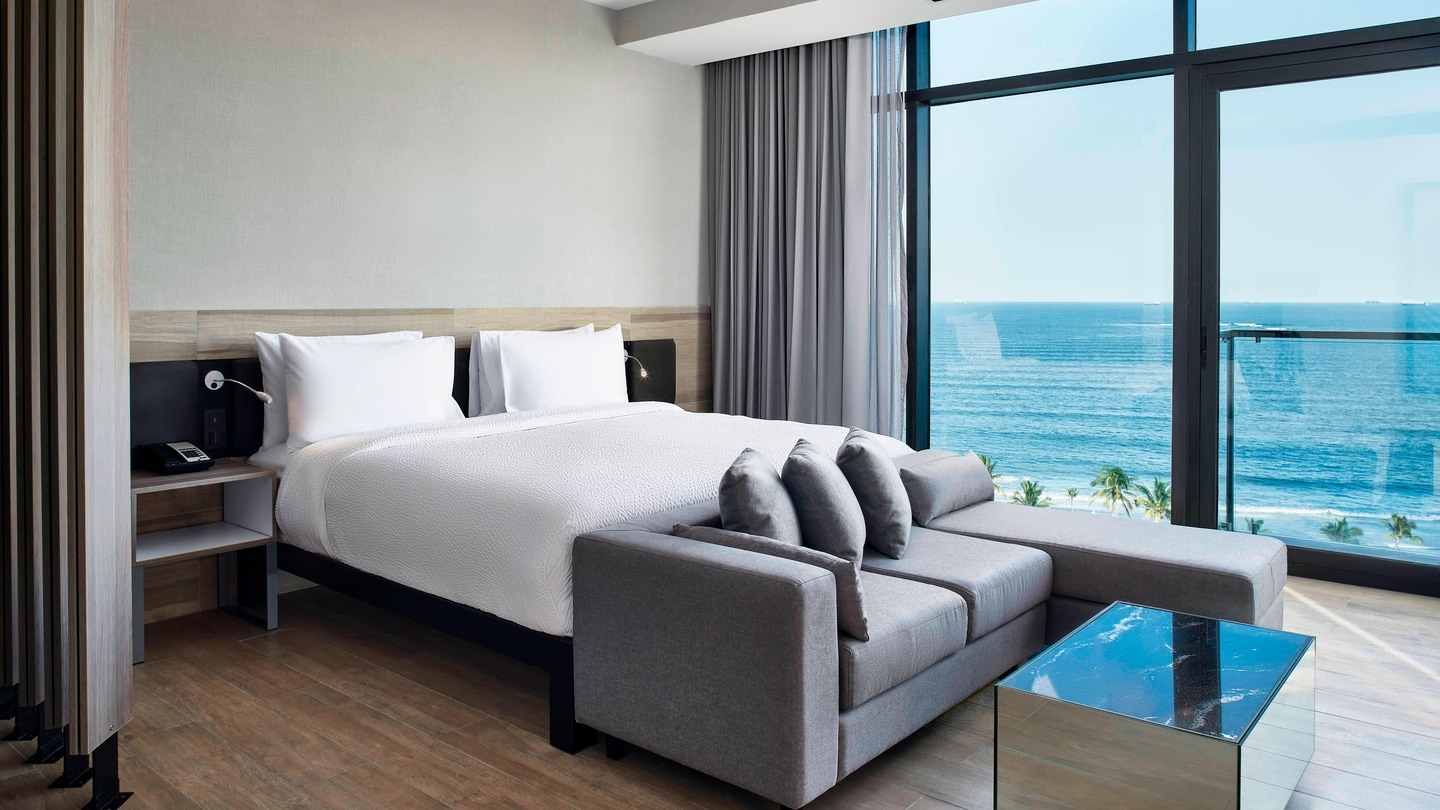 Veracruz has a volcano, a lively nightlife, and a new and stylish oceanfront AC Hotel Veracruz with rooms overlooking the downtown Mocambo beach. According to the review, it’s a great hotel; as to the beach, no, this is not the best beach in Mexico, but how are you going to argue with 7,500 points?

I wouldn’t have included Chihuahua – the capital of the namesake northwestern state – if it weren’t for that curious breed of tiny and cute but amazingly loud puppies.

The reason why I believe Chihuahua might belong on your list, and not just any list, but the bucket list, is that it’s a starting (or ending) point of the Chihuahua Pacific Railway winding its way through the Copper Canyon in the Sierra Madre Mountains.

The Copper Canyon is grander than the Grand Canyon in that it’s deeper and wider; everything I’ve read about riding El Chepe – the train that runs between Chihuahua and Los Mochis – has suggested it must be a unique and exhilarating experience.

“As El Chepe chugs along its 653 km (405 mi) of track, a journey which takes anywhere from 9 to 16 hours, it crosses over 37 bridges and through 86 tunnels. It climbs to an elevation of 2400 m (7900 ft) and descends to sea level, passing through diverse and stunning scenery along the way. Among its stops are at least 5 towns worth visiting where you’ll have opportunities for adventure, hiking, learning about new cultures and taking in the magnificent landscapes.”

In May 2018, the new luxurious El Chepe Express train was launched. This page offers a great deal of information about the trains, schedules, and prices. 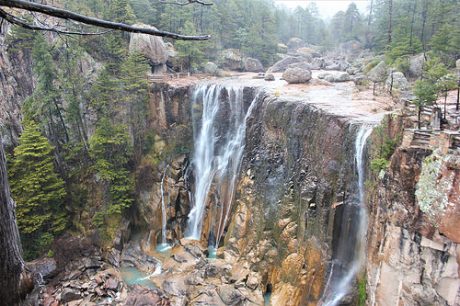 The train ride (even the cheaper one, onboard the old El Chepe) is anything but cheap. Fortunately, Chihuahua has 2 cheap Marriott hotels.

Remember that Los Mochis is located in Sinaloa state, so read about safety considerations.

There is not much to see or do in Tijuana aside from the tourist attractions near Avenida Revolucion, but I just love it when you cross the border – on foot – for 10 minutes and find yourself in a completely different culture. One would think that the proximity to the U.S. border would make Tijuana more Americanized, but it hasn’t. You would expect it to be more like Monterrey, but it’s not. Tijuana is a typical big Mexican city (at least the way I see it with my limited experience), but with one exception – a lot of Tijuana residents speak English. And it has some great restaurants, so if you find yourself in San Diego, Tijuana can make a great overnight detour.

There is, of course, another reason to cross into Tijuana – Ensenada and Rosario, lively seaside resorts with (also) lively nightlife. Or you can find some quaint seaside villages in Baja California if you keep driving farther south, but if you decide to stay in Tijuana for a night or 2, you have 2 cheap options.

The Marriott is going down 12.5% in points, and it’s a good hotel, but I liked it better when it was 10,000 points. The room was nice and comfortable, and I was upgraded to the Club Floor with lounge access just for the asking (and a small bill I put in my passport).

Fairfield is closer to the tourist area and it’s cheaper, too, so you decide.

You probably don’t go to the Dominican Republic to stay in the capital. But depending on your flight’s arrival or departure time you might have to, so Courtyard Santo Domingo at 10,000 points is a great deal for the points; book before the price goes up. Renaissance and Sheraton can seem like a good deal, but you can often get them under $100, so if you want a plusher option, consider cash.

Four Points Puntacana Village sounds like a great deal (especially at the current 10,000-point levels), but this is an airport/business hotel located away from the Punta Cana beautiful beaches. Although they offer a shuttle service to the beach, would you go all the way down there to stay in a city hotel?

Jamaica is pricey, and this hotel can cost you around or more than $200, which makes the redemption rate here very attractive. The problem, however, is that this is a city hotel, so if it’s the beaches you’re after, you’ll have to get there first.

Yes, unlike some folks, I know that Puerto Rico is in the U.S., thank you very much. However, it’s a Caribbean destination, which is why I’m putting it in this post. Disagree? Start your own blog.  🙂

Each of the 3 cheap Marriott hotels in Puerto Rico represents a great point value (with cash rates hovering around $200 and sometimes $200+). In addition, Courtyard Aguadilla is located between the airport and the beach, and Courtyard San Juan Miramar is a waterfront hotel.

Is Puerto Rico ready for tourists?

While it’s unlikely that San Jose is going to be your final destination in Costa Rica, many people stay in the capital for at least a night after or before their flight. Or sometimes a couple of days to visit Arenal Volcano. All Marriott hotels in San Jose are located northwest from downtown, which may shorten your transportation time if you’re visiting the volcano.

Luckily, there are so many cheap hotels in Panama City that I wouldn’t stay in a cheaper property to save a few points, unless you like the locations for Aloft and Courtyard Panama at Metromall Mall. Likewise, I wouldn’t pay more to stay at Le Méridien or Sortis. Not because they’re bad hotels – Sortis is a great hotel, but it cost about $80-90, so I paid cash. I’ve also been inside (but didn’t stay at) Marriott and Sheraton Grand, and I think 12,500 points would be a great price for either.

Have you been to any of these hotels?

I stay often at the Marriott Panama. I don’t think a dime has been put into the property since it opened. It’s like walking back 25-30 years. The TVs are flat screen, but the signal is analog and poor quality. However, the breakfast buffet and executive lounge are great and free if you’re elite. And the staff is nice. That’s why I stay there. I wouldn’t waste points, rates are inexpensive

Thanks for your comment. A few years ago, I met someone at Marriott, and he sneaked me to the lounge, which I liked. Never been to a room, but I liked the lobby and the lounge. In terms of rates, I’d say if it goes for over $100 + tax, 12,500 points wouldn’t be a bad deal, if less — cash it is.