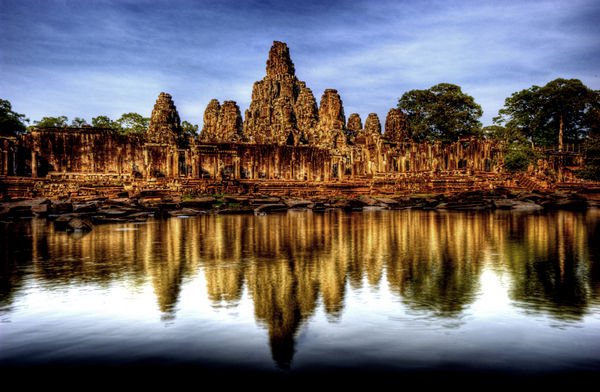 I meant to post this on Friday just like the last week—I’m trying to bring some order into my chaotic blog—but it was not to be. I read about that newest SkyClub rate hike perpetrated by Delta, promptly got outraged and just had to say a few words about it. Sorry. Won’t happen again. Oh, who am I kidding! It’s Delta, of course it will.

Man, this is going to be a long one. Again!

Alright, so… The new Capital One Venture 50,000-point offer is dead. I was surprised how short-lived it was, but what are you gonna do! I was going to go for it in my next app-o-Rama. Now, I guess, I won’t. Whoops!

The new Virgin Atlantic offer from Comenity… what? Comenity? Isn’t it the outlet that handles a crapload of all kinds of store credit cards with 25% APR? Really Virgin? You dumped Barclays for this? Not that APR matters to us—remember not to play this game if it does—but aren’t there are other banks around that are… I don’t know, less predatory?

Regardless, this offer is crap anyway, so don’t bother unless you are a regular Virgin America flyer. If you are, by the way, I’d recommend signing up for the premium $149 AF version, since it comes not only with 20,000 points rather than 15,000, but also free changes and cancellations. Here is the link, which I won’t be posting in my Best Cards for Free Flights page, because, well, best it isn’t.

Chase Southwest Plus 50K offer is back, and that is awesome. Find the links in my Best Cards section and apply if you’re not overloaded with Chase cards. This card carries a $69 annual fee for both personal and business (the other Premier version will set you back $99).  The difference? The Premier will give you 6K bonus on the anniversary, and the Plus will give you 3K.

You do not, however, care about that annual bonus and I am going to tell you why. Because you’re going to cancel this card on the 6-11th month before the annual fee hits! That’s right! By carrying too many cards with annual fees we defeat the purpose of free travel. Apply for the personal and business Southwest Plus cards, then transfer enough Hyatt points to get the Companion Pass, as the part of the process described here. Remember that you can also redeem Rapid Rewards on Air Tran, which flies to a few international destinations, as well.

Of course, Southwest is also going to devalue its chart in March, but there are tricks around it, one of which is best described by Dandeals.

My Amex Platinum card is about to be sacked. Sacked by me, of course. My one-year anniversary is coming up, and while I’ve gotten a lot out of it including 100,000-point bonus, it’s time for me and the card to part our ways for the next 12 months. And no, it’s not the future lack of American and US Air lounges, and it’s not the Delta cuts. There are other underlying reasons for me to get rid of this card; 450 reasons, to be exact. I would’ve applied for the Amex Mercedes Bank card with 50K offer and same benefits, but they changed their policy language. Now I’ll have to wait for 12 months before I could tap them again. Bummer!

Amex Priority Club lounges have come handy for me, but I’ll learn to live without. In the next few days, I’ll do a detailed post about the airport lounges and how to get them free or on the cheap. In the meantime, don’t you even dare to think of paying for one of those ridiculous memberships, or I’ll find where you live and punch you in the face. Or better yet, hire someone to do that, ‘cause I’m really a chicken.

Now I have to decide what to do with my MR points. I have two reasonable options. I could either transfer them into the ANA program for future use with United at 1:1 ratio (ANA mile chart has some awesome redemption sweet spots) or I could transfer them into Canadian Airplane and further to US Airways Dividend Miles at about 16% loss via Points.com. Of course, in reality that would mean transferring to AA, because, as all of us know by now US Air Dividend Miles can be redeemed on AA even as we speak!

The Beauty of the Beast

Folks, there haven’t been a more vocal critic of the merger between American Airlines and US Air than me (well, maybe there have been I don’t go out too often). However, right now we’re having a unique situation of sorts. Each airline is still operating its respective award program separately, yet you can use either of these programs to book your flight on another one.

Which means, there are some sweet opportunities that might translate into tremendous savings if you’re willing to look for a sweet spot.

Since these programs are so different, there are some very interesting loopholes to exploit. I will make a separate post with screenshots and pictures because it’s going to take some space, but in the meantime, your opportunities are as follows:

My Swankiest Trip Ever…

… will commence on Tuesday, January 14. Here is my itinerary:

This is the first trip in my life where I am going to try and meticulously detail my expenses. I’ve always wanted to do that, but something has always come up, like… well a vacation. For once, I’m determined to figure out how much this FREE TRIP will really cost me. Stay tuned.

I’m very excited, and I’ve gotta admit, I’m a little conflicted about it. Has it all become about first class flights and 5-star hotels? Would I be as excited if I had to do the same trip on a budget? I hope so. I’ve always been a budget traveler. I have no qualms staying at 2, 3-star hotels; and to me, it’s always been about seeing places, and not about seeing places out of the window of a 5-star hotel. I used to do some crazy things in my travels to keep the costs down back in the days when I actually paid for travel. This game has changed so much that I sometimes wonder if it is changing us too, in the process.

OK, I’m always getting philosophical before the bedtime. If you have any tips and inputs for any of my destinations, please post them here.