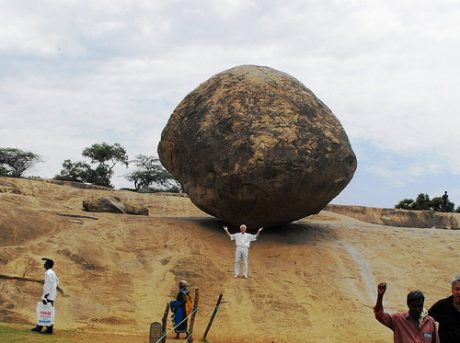 Seriously??? That’s the best your (presumably) award-winning marketing team could come up with? Now, I ain’t no marketeer, but I did go to college at some point. Are you sure that a weird, long-winded, 4-syllable word is the best way to get your point across?

Well, alright then. I can see why it’s cool. it rhymes so beautifully with other big words, like extortionist or contortionist. Just let it roll off your tongue. “Hi, i’d like to book that extortionist perk for my next trip … wait, what?”

If you haven’t heard, United is trying to change the way people fly, and the airline wants more flyers to know what it does for them (as in all flyers, not just those bitchy, self-entitled and spoiled-rotten hobbyists). The ability to book free stopovers on an award ticket has always been a plain-sight secret, the perk that’s always been there and always been underutilized.

Just for the record — it does much more than that, but let’s not jump ahead of ourselves.

Stopover means a stop on-route to/from you destination for over 24 hours for international and over 4 hours for domestic flights. All other connection stops are called layover. Just thought I’d clarify that, because some airlines call everything a stopover, which can add some confusion to the mix.

A free stopover is a wonderful way to visit more places than one on the same award ticket. All major U.S. airlines used to have this perk, including Delta and American, but now United is the only U.S. airline that offers it (aside from Alaska, wink, wink). So it was quite logical for United to decide, oh, what the hell, If we already offer this benefit, why not shout about it from the roof!

Unfortunately, shouting is not the only thing they did. They also decided to tighten some screws along the way. Do read this official mambo-jumbo, and tell me if I have missed anything. Note, I’m not touching on an RTW ticket, since it isn’t a good deal even as it is.

United opens with a bold claim.

Now on united.com you will have the ability to build customized multi-city MileagePlus award flights and use your miles for the trip you want – even if you start in Los Angeles, hang out in London, visit family in Germany, then return to Los Angeles. Plus, our search filters make it easy to focus your search.

First of all, the multi-city awards search is available on United.com right now, and it’s reasonably easy to use. That is within its limited search capabilities, because at some point United just stops searching and gives you an error or comes up with some fantastical routings that don’t make any sense.

This is the reason why I personally look for my flights segment by segment before stitching them together, and even then I sometimes have to call to make it work. So if United is going to improve the actual functionality of its search engine, that will be great news. To be fair, United has been consistently improving its web search capabilities and user experience, so kudos where kudos are due.

And then they drop a bomb on you, a dreadful, infamous E-WORD, so you know you will get screwed at the end, no matter what.

Starting in the fall, we are enhancing the way you book MileagePlus award travel on united.com, giving you more flexibility and ability to build customized travel. So book two one-way awards for a roundtrip, or book multiple one-way awards for a multi-city trip … All of these options are a mouse-click away and are brand new to the online MileagePlus award experience.

Once again, there is nothing new about it so far, as we already have this functionality. I think I can recognize all the screen shots United is giving us on that page. It must be I’m not seeing something, which is totally possible, or United is not going to really change the interface.

One paragraph that you shouldn’t miss with all that yada-yada-yada is about the Extortionist … pardon me, Excursionist Perk. Let’s try to make sense of it together (bolding mine).

The Excursionist Perk is a free one-way award within select (1) multi-city itineraries. Members who book an itinerary with three or more one-way awards will be eligible to receive one of those one-way awards for free, if it meets all of these conditions:

You know what, United? For someone whose “goal is to keep the benefit while making the process of booking [my] multi-city trip easier,”  you’re making me scratch my head so hard, it hurts.

1. What on earth does “select multi-city itineraries” mean? Select how? Is it an unfortunate wording exercise or some future classification we must look forward to (not!)?

But then, they give us this example.

For example, if your journey begins in North America, you will only receive the Excursionist Perk if travel is within a region outside of North America.)

But that’s not what they said before. 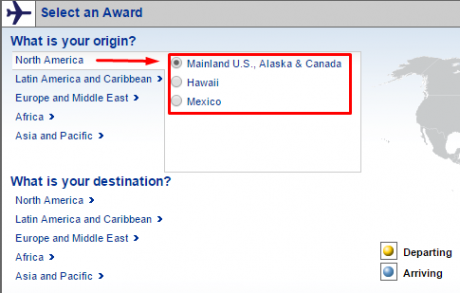 Now, let’s pay attention: North America is not a region, it’s either origin or destination. It includes 3 regions, Mainland U.S., Hawaii and Mexico.

Let’s say, I start my travel in NYC. Is Mexico outside or is it inside my region? Because if you are seeing what I’m seeing, the first sentence in the quote above contradicts the text in the parenthesis.

Forget Mexico. Latin America and Caribbean includes 4 regions, Asia and Pacific includes 6! So does United really mean “Regions” as defined on this page, or Origins/Destinations, as in the screenshot above?

3. I can live with the fact that the travel must end in the same MileagePlus defined region. Whatever it is. Fine by me.

4. The origin and destination of the Excursionist Perk is within a single MileagePlus defined region.

This is what really sucks about the whole changes. But depending on the United definition of “regions” for this particular purpose, it may either suck or suck volumes!

The thing is, United MileagePlus has great routing rules. Compared to American AAdvantage, it’s a dream! You can route your flight almost anywhere via anywhere within reason. Or outside of reason, sometimes.

This rule doesn’t exactly kill the routing galore, but it kills stopovers in Europe on the way to Asia, or in the Middle East on the way to Africa or plenty of other stopover opportunities we used to take for granted.

Not only that, but if my worst fear is realized, it will kill stopovers in Northern Asia or Japan on the way to South Asia. You will still be able to have a stopover in Europe for flights to Europe, but if you remember Drew’s Caribbean Hopper, for example, that will be mostly gone.

This is a United’s example of a simple Expulsionist … sorry, Excursionist Perk that will work after October 5.

If United is really going to enforce this rule for all 17 regions, this is a terrible change. The good news is the rule comes into effect on October 6, so any flight you book by October 5 will be honored. If there is something we can appreciate about the whole thing, it’s no lack of notice. 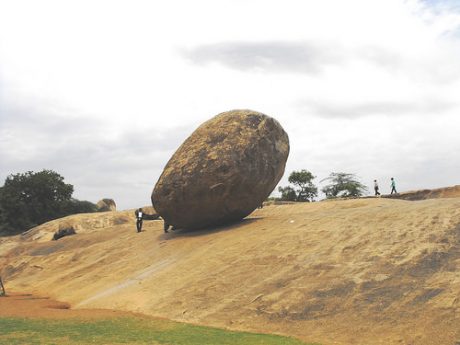 I believe the fee changes are net positive, but that’s only because I don’t have status. If you do, you might feel differently. The cancellation fee is reduced from $200 to $75 (made 61 days before the flight or more)  and $125 (less than 61 days). This is a huge positive change in my book and the most important one, as it will allow me to make a highly speculative booking. For some reason, my brain can live much better with losing $75-125 than $200. 🙂 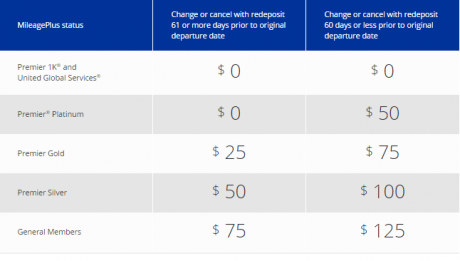 So, for a no-status schmuck like myself, the fee changes are good. I would pay under any circumstances whether for a ticket change within 3 weeks or 2 months. and I would pay $75-125 more in case of cancellation. However, most elite members, I suspect, will not be happy about them.

So what do you think? See the white space below? Tell me if you’re happy or mad.

Instead of eliminating stopovers altogether, why couldn’t they have forced you to have your stopover on your outbound journey?

Well, they haven’t actually eliminated stopovers, they’ve restricted the usage and eliminated the word itself. As to why, your guess is as good as mine. 🙂

I called United prior to October 6th and asked if my summer trip I was planning would be affected by the changes and the addition of the excursionist perk. I laid out my entire itinerary to the agent on the line. He verified my itinerary would not be affected by a mileage increase in any way. He said it would not cost me more miles. However now that I am checking the same itinerary with the same exact saver award flights I can see that they either lied or simply did not understand the rules themselves!!! I am so mad.… Read more »

The agent didn’t lie, but he didn’t understand the rules, which is not surprising at all the way they’re trained. Agree about the sad day.