UNITED GUTTED — PART 2: Stop AA and US Merger Before It’s Too Late! 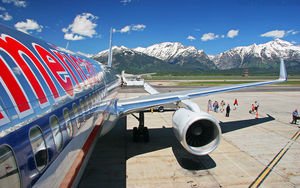 DOJ: Tear Down This Merger!

Interestingly enough, the only thing we can do now has nothing to do with United. I have never heard that a corporation would back down due to the popular protest (disclaimer: it doesn’t mean it’s never happened, it means that even if it did happen, it would’ve been such a rare occurrence that I’ve never heard about it).

Look, despite what all of us might feel, United execs are not stupid. They knew this move would cause an uproar. They’ve calculated that most people won’t give a damn, and that for the large percentage of those who do, there is nothing they could do about it. They are either captive by their hubs or captive by their corporate travel departments. And we all know how much corporates care about the miles you collect for your leisure trips.

So, that leaves those of us who can migrate, but when we do what are we going to find there? Delta SkyMiles is a disgrace already, so AA and US are the only airlines that offer relatively decent frequent mile programs. Among these two, AAdvantage is much more flexible and superior to Dividends, although Dividend Miles does have its sweet spots.

Still, relatively is being the key word here. Over the last few years, American has gutted their program too, albeit much more stealthily. When you can’t find a super-saver award to the destination of your choice for weeks to come, that’s devaluation. When they route your flight from Philly to Miami through the North Pole, that’s devaluation. There should be no doubt it’s only going to get worse with the coming merger. Worse for both programs. And when that happens, they will have us exactly where they want us to be. Paying through the nose, both in cash and points. Those of you who pledge to move over to AA and live happily ever after are naïve. AA is every single bit as predatory as United, and given a chance to gut their program even further, they won’t blink.

So is there anything we can do?

We surely can try. DOJ is suing AA and US Air to stop their merger. While United is a lost cause now—or rather it will be in three months— American and US Air could still be saved from themselves. How? By us helping DOJ. The DOJ is an underdog here, and I’m sure they could use our help.

Again, there is no doubt in my mind that both AA and US Air are heading in the same direction, but apparently, DOJ’s concerns lie outside of the airlines’ frequent flyer programs. It’s up to us to ask them to include our concerns into their agenda. Here are the actions we can take.

Write to the Attorney General for the District of Columbia Irvin B. Nathan

Dan from Dan’s Deals also suggests writing to DOT, but I’m a bit skeptical. Jeffry Shane, the former DOT boss and nowadays the industry lead counsel (how convenient!), published a letter in the WSJ today condemning DOJ for opposing the merger. That letter appeared just on the heels of another highly publicized letter written by six US city mayors, with glowing praises to the merger. It seems the two airlines have considerably beefed up their lobbying efforts before their November 28th Hearing.

How Do Mergers Get Sold? By Lying!

In conclusion, I’ll leave you with a few quotes I find hilarious. They are from the Continental CEO Smisek’s and United Tilton’s testimonies before Congress in 2010 when they were selling their merger to lawmakers.

The merger will be good for consumers as well. The combined airline will offer consumers an unparalleled integrated global network and the industry’s leading frequent flyer program. It will have the financial wherewithal to invest in technology, acquire new aircraft, and invest in its people and its product.

The other thing we will offer is an industry-leading frequent flier program so there will be more ways to earn miles, more ways to redeem miles for the consumer, which is also a consumer benefit.

We can offer industry-leading frequent flier programs. We will be a much more effective competitor as a larger carrier than we would be on a stand-alone basis.

… we will offer is an industry-leading frequent flier program so there will be more ways to earn miles, more ways to redeem miles for the consumer, which is also a consumer benefit.

OK, I can hear you saying enough already, and I’m happy to oblige. It’s been a long post (or rant if you wish), and besides, you can read more pearls of Mr. Smisek’s and Mr. Tilton’s here. In the meantime, I need to think about what my next book will be. I’m leaning toward How to Sell a Merger. It seems there might be a good market for that.