To Tip Or Not to Tip? 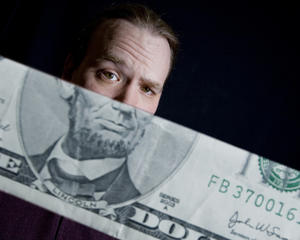 I have come across two articles in the Lobby blog signed by one Piter Gunn. The author, who used to work as an ex-doorman at one of Manhattan boutique hotels stirred a hell of a controversy by teaching people how they should tip everyone at the hotel (mostly doormen) or face some really dreadful consequences. Whether or not these articles were purposefully designed to stir the controversy, they, and especially the comments from the folks infuriated by the remarks, make for fascinating reading. The articles are here. Read them and then read the comments. You won’t regret it.

Why You Absolutely Must Tip at a Hotel

Outrage Over Tipping! The Doorman Responds to FlyerTalk

Unlike most of the readers, however, I was not infuriated by these articles. I’ve lived in the US for 20 years, so I’m very well aware of the tipping culture that prevails in this country. Not only do I know that tipping here is not exactly an option, I don’t buy for a moment the notion that tips are not common outside of the US. Please! I haven’t been to China or Japan yet, but wherever I travel, no one has ever refused to take a tip from me. I have never had “a problem” tipping people in South America or Central America, in the Caribbeans, Asia, or Europe. Europeans might be more mellow in regard to tipping; that is to say they won’t run after you in the street, but they will not say no to tips. And the number of Brits who are outraged by our tipping culture, again, PLEASE! Save your outrage for London tour guides who will remind you times and again how important good tipping is for the world peace!

Still, just like most people, I do not appreciate having to tip for services that are pushed upon me. Just like I don’t need a vagrant clean my windshield at an intersection–simply because I didn’t ask them–I don’t need the door opened for me at the hotel, since I’m perfectly capable of letting myself in and out. I have no problem tipping a bellman a few bucks for loading/unloading my baggage, but $5 per bag? Unless I only have one bag, dream on, buddy! I’m fine with leaving around 20% for a decent meal or $1 per a drink at a bar. But screw you if you believe that I have to tip even for a crappy service, as one of the comments suggests. That sense of entitlement is something that I find very troubling.

But, if there is anything worse than entitlement, that’s mandatory gratuities. I once came back from the Fairmont Princess in Bermuda (Parts One, Two, Three), and as much as I enjoyed the hotel and the facilities (and it was a free trip, so hard to complain), they charged us $33 a day for gratuities. That’s for two adults and an 9-year-old. That was something I really and truly hated, because I just had to tip a few hotel employees for their kindness and going above and beyond the call of duty. I did so because I wanted to, and not because I had to! This is how I want it to be.

Of course, I understand that the doorman has to be there and has to do his job. Of course, I know that they get lower wages precisely because they’re supposed to supplement their income with tips from you and me. Since I’m an experienced consumer, I even know that the acronym TIP itself comes from To Insure Promptness, so apparently it dates back to the times when it was OK to legally bribe somebody for not serving you with a cold soup, let alone spitting in it (UPDATE: apparently, no, didn’t come from To Insure Promptness, it’s just an urban myth). But I also believe that the service providers lecturing us on the subject matter, should listen to what we’re telling them as well and understand that most people have no issues rewarding a good job, but don’t want to tip people for just being there. In the end, a tip I leave for you for a great service will feel much better than spitting in my soup, because guess what: I’ll never know you did.

On my first visit to Australia in 1978 I tipped the taxi driver, he gave it back saying “We don’t tip here”. Now that I live here tipping is increasing but I don’t feel obliged to tip anywhere.
When I lived in Switzerland in the 70’s tipping at a restaurant, known as service charge, the waitress would say “Mit oder ohne” – With or without. If you said ‘with’ she added the standard 10 or 15% to the check. If you said ‘without’ you gave her whatever, but at least the 10 or 15%.

Interesting. Thanks for your comment, Tony. I’ve heard, there is very little tipping in Australia and no tipping in New Zealand.

When we visited New Zealand, we tried tipping initially and they did not welcome it, even seemed embarrassed by it. They take pride in doing a good job and are not doing it for tips. I wish we could adopt that practice, I would rather pay more for the service than try to figure out the tip.

Our tipping culture is over the top, that’s for sure.