Do not close the Barclaycard Arrival Plus Card–Get Even!

By now, there have been endless reports of the coming devaluation of the Barclaycard Arrival Plus Card. The devaluation has been all but confirmed numerous times,  so unless Barcalys changes anything last minute, this is a done deal. Here is the gist. 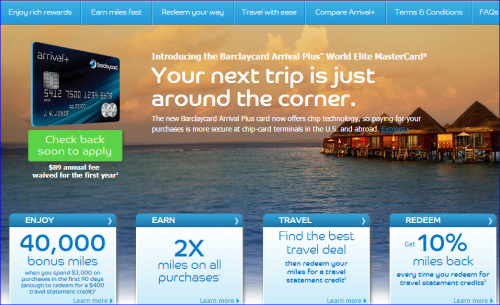 Barclaycard Arrival Plus: You Can’t Even Apply for Now

At this point, there is absolutely no reason to keep the Barclaycard Arrival Plus card. There are tons of products with and without the annual fee that you’ll do better with, So should you close this sucker?

A while ago, I wrote a post called Manufactured Spend with Barclaycard Travel Community–Worth Looking Into?. Please go there to read the details, but the gist is that you can earn around 200-300 miles for writing a short (50 word minimum) review, attaching a pic or two, adding a few details and receiving some likes they call kudos.  This is not the greatest way on earth to generate miles, but it’s a method with a sky-high underwear factor—meaning you don’t even need to get dressed to earn these points.

Now, they have tightened the screws to fight some abuse (well, a lot of abuse, actually), so this method will not appeal to those of you who live in a Manufactured Spending fantasy land, but for some of us in major metropolitan areas who are less fortunate, it’s a solid way to earn some miles. The allow you to upload up to 30 stories a month, so if you use up this allowance, you can make about 70,000-100,000 miles if you aren’t pushing it. I control five Barclaycard accounts,  and utilize only two of them, and even that very limited activity brings in a steady supply of Barclaycard points.

Even if you are happy with other methods of Manufactured Spending, think about everything we have lost in  the last year or two. Who knows what will remain available to us in another 12 months?

Do Not Close the Arrival+ card—Downgrade It to the No-Annual-Fee Arrival Card!

Here is the thing. The Barclaycard Arrival+ and Arrival members can participate in the Barclaycard Community. There is no reason to pay an $89 annual fee, but there is also no reason to close it down. The way things are going, you might want to have a program that offers this option, no matter how limited this earning option might be. Of course, no one says that they won’t shut down this program as well, one day, but until then…

Here is the comparison between the two. Not much of a difference except the lower rate of earning. 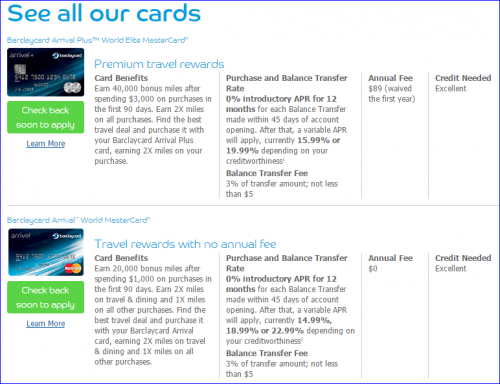 So How Do We Deal With the Increased Redemption Minimum?

One thing you need to stop doing before the changes go into effect is to use the card for all travel purchases below $100. Use other credit cards instead (post on alternative cash/points-back cards is coming).

Actually, screw that! Want to get even? Buy a refundable airline ticket or use Southwest. Get reimbursed, then cancel the ticket and get paid. I wouldn’t get any moral qualms doing it for a simple reason: this Barclays change is extremely dishonest! What they are betting on (and rightfully so!) is that most consumers will not change their buying habits, lose out on a lot of smaller travel purchases, and leave a lot of money on the table. Out of all anti-consumer moves from credit cards lately, this one takes the cake, IMHO.

What if I Do Not Have a Barclaycard Arrival Plus. Should I Apply for One?

Of course, you should—when it’s back online, that is! You have 40,000 reasons to apply for it, and since the annual fee is waived for the first year (and presuming it stays waived, when the application comes back), you’ll be foolish not to. You would be equally foolish, though, to keep the card when your annual fee hits at the end of the first year.