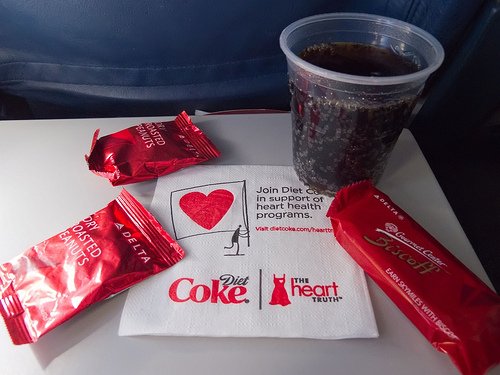 Yesterday, Delta released their new 2015 Redemption Chart. In the meantime, they casually stole the ideas I outlined in my recent piece:  Delta Airlines, Hotel, and Casino.

Tall claim, isn’t it? Oh, but I have the proof. Right here.

In an attempt to explain my clumsy title I wrote this:

Using several award tiers is how hotel loyalty programs operate. Not airlines. Right now, they have three award redemption tiers: Normal, Outrageous, and Out-of-their-mind. I have no idea why they want to add two more tiers to this scheme that’s been working so well for them (in a sense that normal redemptions are never available anyway, at least to places where you want to go). Perhaps, they want to nuance them a little better? Why not add a Very outrageous tier between the Outrageous, and Out-of-their mind? Or Elevated tier between Normal and Outrageous?

So what have Delta people do. They added their two levels exactly the way I suggested. And I ain’t even no MBA.

You may note, of course, that they name these levels a bit differently. Well, you say to-may-to, I say to-mah-to. Big deal!

I don’t know what these guys are trying to do. It was like just yesterday that they announced they wouldn’t tell us what Delta redemption tables would be like until the last quarter of 2014. And now this!

Presumably, the public outcry and harsh criticism of their hush-hush redemption policy made Delta put ash on their heads and go public with this. And I have a strong suspicion that they might’ve even tweaked a thing or two. Because, guess what: their new award chart is not bad at all!

Apparently, aside of their ridiculous attempt to play footsies with a hotel industry loyalty model, there are no apparent devaluations. Some levels have actually gone down. Of course, Delta’s claim that 95% of all their changes are positive is as ridiculous as their new tier system itself. Most of those reductions fall on the outrageous and out-of-your-mind levels NKA (Now Known As) levels 3 and 5. Which levels no sane person should be interested in anyway.

Having said that, there are real positive changes in Delta new program. I will list all of them since the list is painfully short.

Other levels are no concern to us  for all goals and purposes. Because if you aren’t a masochist, you should forget about all other levels and work with what you have.

Still, the mere lack of terrible changes we all expected is encouraging. Remember, this is Delta we’re talking about, so let’s not get greedy. Those are good changes! If people from Delta really introduce one-way awards for 50% redemption and keep their current stopover and open-jaw policies; if they really improve the saver availability; and if they really do not screw us again later on by doing one of their famous “adjustments”, then I will gladly print out and eat my critical piece linked above with a glass of Chianti.

Until then I will remain skeptical yet hopeful. We’ll see.