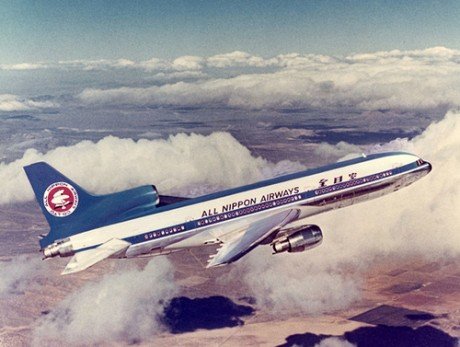 ANA is a 5-star Skytrax-rated Japanese airline that offers excellent service in all cabins. It is one of the most useful foreign carriers for the North American fliers, not only because it’s a member of the Star Alliance, the biggest alliance in the world, and not only because it has quite a few other airline partners, but also because it’s an AmEx Membership Rewards transfer partner. And they offer a fantastic chart, even after the earlier ANA devaluation this spring.

Here are my previous posts about finding sweet spots in the ANA charts.

So it was with a heavy heart that I learned about the ANA sudden devaluation. They announced it on October 1, and the new levels will go into effect on October 14.

The Gist of the ANA devaluation

Sigh, I know. There are plenty of fantastic places that will become much less of a bargain comes October 14.

By the way, shame on me, but I had no idea what the British Indian Ocean Territory was, so I looked. Turns out, it’s a few atolls of the Chagos Archipelago located between Tanzania and Indonesia that are “off limits to casual tourists”. Meaning off limits to us. Oh, well.

Here are the changes. 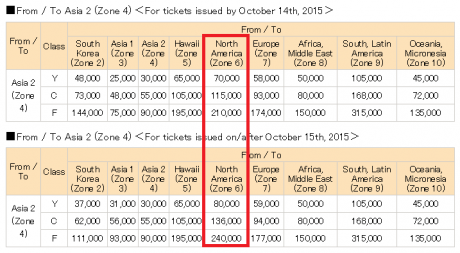 So coach goes up by 10,000 miles, business by 21,000 miles, and first by 30,000 miles. Since first was overpriced even before the changes, I don’t care about that. But business class, which was a reasonably good deal for 115,000 miles, will be meh. When a great airline program gets into the Delta territory, you know you need to change the game plan.

As far as ANA is concerned, South America is everything in the Americas that is NOT Alaska, Canada, the Continental U.S., and Mexico. So, yes, it includes Belize, the Caribbeans, and Puerto Rico. But you wouldn’t find me redeeming ANA miles for these destinations anyway — the best way to use ANA miles in South America was/is (and still will be, to tell you the truth) to “deep” South America: Chile, Argentina, and Brazil. And since one stopover is still allowed, it’s really a no-brainer. Unfortunately, this goodness is not going to last. 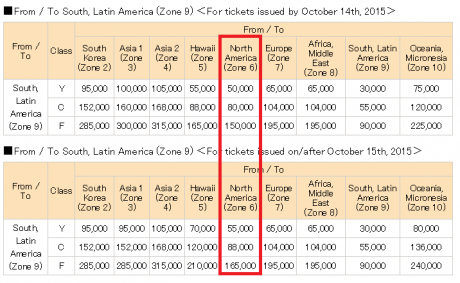 While the current coach level is pretty good, 80,000 miles for a business class seat is simply amazing. Unfortunately, they are raising the levels by 8,000 miles in business and 5,000 miles in coach, which actually puts these levels on par with Europe. That’s only logical, but who cares about logic — we want awesomness!

88,000 miles is still a good redemption, considering that the Big Three want 100,000 and more. And once again, a free stopover is worth something, too, and you can’t have it on Delta or American. But still…

This Latin America devaluation saddens me more than the Asia 2 devaluation, and here is why.

You Don’t Have to Fly Partners to Asia 2

While some ANA partners have a terrific business class product, they also have something else: fuel surcharges. ANA has fuel surcharges too, but they are nowhere as drastic. I can’t show you the screenshots, because ANA in their infinite wisdom has removed the functionality of an award search between more then two regions (when you fly ANA from North America, it’s understandably via Japan, which is Zone 1), but still, the ANA fuel surcharges are less than their partners’. And their awards are much better too!

ANA Devaluation: on partners, not ANA

South America, on the other hand, is a real loss! Sigh again.

You need to think hard about it (I know I am, LOL). Even if you have tentative plans to go to South America, book speculatively in the next four days. The redepositing fee is 3,000 miles. No, it’s not a typo. You can afford to lose 3,000 miles if your travel plans fall through.

I love looking for sweet spots anywhere, and this case is no exception. I love lemons and can’t have enough of them. This is how I roll. 🙂

South Korea is the real winner here. With award levels like these — why not take a side round trip to or from Seoul with a stopover? The fuel surcharge isn’t going to kill you for an intra-Asia flight. Savings for flights between Korea and Europe are more modest, but also not bad. 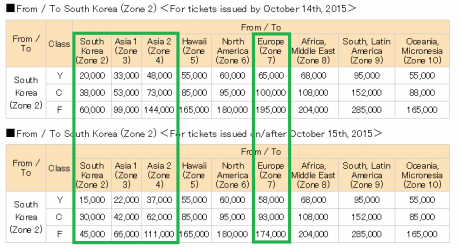 Flying between Asia 1 and Asia 1, South Korea, and Europe will become cheaper after October 15, as well as to/from Africa and South America, although the savings for these two are miniscule. Just a reminder: Guam is in Asia 1, too! Could make a nice side roundtrip. 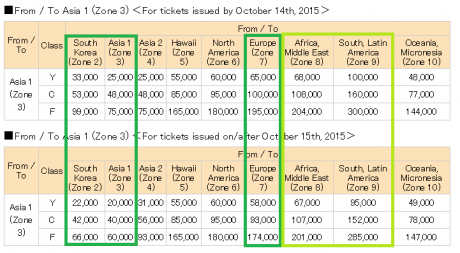 Mileage will be reduced for flights between Hawaii and Africa and Hawaii and Oceania. In case of Oceania, the reduction is pretty spectacular, only 55,000 miles in coach and 85,000 in business. This beats every U.S.-based major player, including American!

By the way, before you get all sarcastic about Air New Zealand famed availability (well, famed lack of it), don’t forget that Hawaiian Airlines is an ANA partner too! 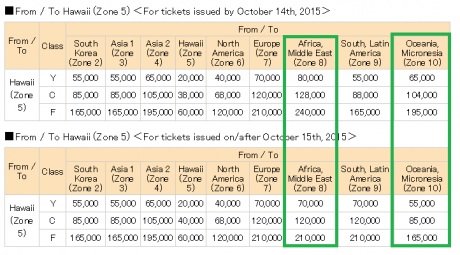 So, if this devaluation is not too terrible, what’s the big deal?

No, the devaluation is not terrible; at least it’s not as terrible as what Air Canada did. But Air Canada gave us something, ANA didn’t — a courtesy of a three month grace period. ANA gave us exactly two weeks, and this is not what I expect from a quality airline program that cares about its members. This is a big deal, which can become an even bigger issue if it meets no opposition at all!

Which is why I’m urging you to let ANA know that this is not OK!

@FlyANA_official Next time you devalue Mileage Club, PLEASE give us more than a 2 week notice!