SCREAM! Or Two Days of Blogging in British Airways Avios 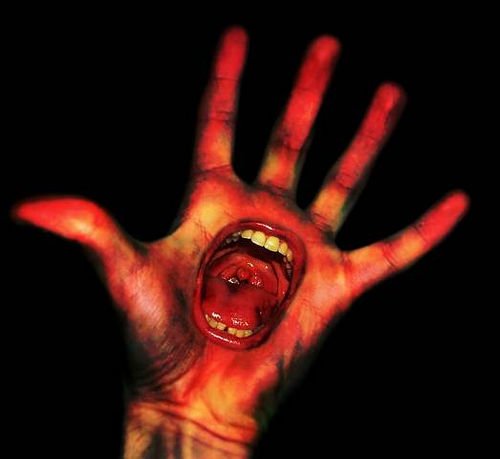 In the world of blogging, timing is everything. Traffic never stops. When the news breaks, you don’t think–you type. You want to be the first, the second, OK, the sixth to score with the search engines, and then, you want to get all the eyeballs you can get, using SCREAMING BLOODY HELL headlines like these:

HOLY SMOKE: Is British Airways About to Devalue Its Point

Is British Airways About to Gut Its Short-Haul 4,500 Avios?

I’ll admit that I will probably never be a good blogger, simply because I don’t have what it takes. I tend to wait and investigate what the fuss is about before I open my mouth. The concept of it bleeds, it leads is totally lost on me, as I’d rather make sure it is really blood and not some bloody tomato juice that traffic whores throw at me to stop me in my tracks–all while screeching CLICK ME, CLICK ME!

It doesn’t mean that I’m less prone to panic than the rest of the humanity, and I would lie if I didn’t admit that I too began contemplating booking an Avios flight I didn’t need. Luckily, I decided to sleep on it. And so I did, and I woke up today to much quieter headlines, and often by the same bloggers. Sure! Come back to calm our nerves, and we’ll give you another click. Surprise, surprise!

So is British Airways Going to Devalue their Program in a Big Way, or Not?

Not too many of these, since there aren’t too many clicks in not scaring people, but it’s something. The best post I read on this topic belongs to DansDeals.

Do Iberia Changes Forebode British Airways Changes Or Is It Much Ado About Nothing?

I’m not convinced that the Iberia change means that a devaluation is imminent.

-The Iberia partner award chart has been the same for at least 2 weeks. If British Airways was going to devalue imminently or in tandem, wouldn’t we have heard something by now?

-Iberia eliminated reward saver flights within Europe over a year ago. British Airways still has the program which heavily reduces fuel surcharges when you fly within Europe.

-Iberia Avios have never been the same as British Airways Avios for partner flights. You can’t change or refund a OneWorld ticket booked via Iberia while you can refund a British Airways booked ticket for just the forfeiture of taxes paid ($5.60 for a domestic ticket).

But since I have zero knowledge of the Iberia Avios program coupled with an inquisitive mind (which is further complicated by the restless fingers syndrome), I kept digging until I found this little gem on a Brazilian frequent flyer site, run by a frequent flyer Fabio Vilela,  who appears to believe that Iberia Avios devaluation was just an error. Yesterday, he compared the Iberia Plus before/after tables, but today he added the update (Google translation):

UPDATE POST – 25/08 –  Personal yesterday before making the post I had not tested doing research at the Iberia site, had only seen the table. This morning I did a simulation and the price continues the former, see… So I do not know if Iberia are intending to change and is still making adjustments, or if it really is an error [bolding mine]. Let’s wait and see!

Look, I have no idea if British Airways will devalue its Avios in line with Iberia; when they devalue; and if they warn us about it beforehand. But one thing I do know is that bloggers don’t have a crystal ball. When you see the next screaming headline–do yourself a favor and grab a cup of tea. Decaf is best.

Filed Under: Miles and Points
← $29 at All-Inclusive DR Resort, My New Book is Out, Avis Free Weekend Car Rental.
My Best Credit Card Offers in the World Are Updated, and More →
0 0 votes
Article Rating
Subscribe
Login

Is BA about to devalue Avios? - Page 10 - FlyerTalk Forums

[…] SCREAM! Or Two Days of Blogging in British Airways Avios […]