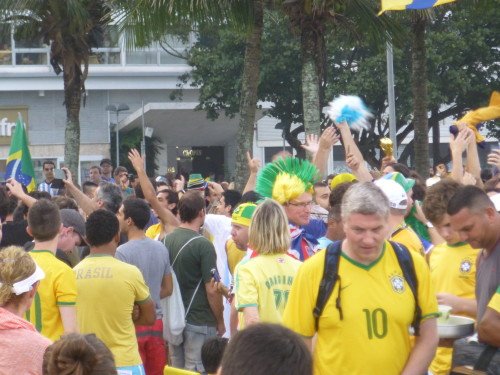 This post could have easily been named: How The Mighty Have Fallen

Two great teams are leaving Braxil after a week: England and Spain.

Already on life support after the incredible 5:1 beating from the Dutch, Spain was finished off 2:0 by the Chileans, having made it the worst defeat in the World Cup history for the title’s defender. Needless to say, their fans and rivals alike have not taken that disgrace lying down. 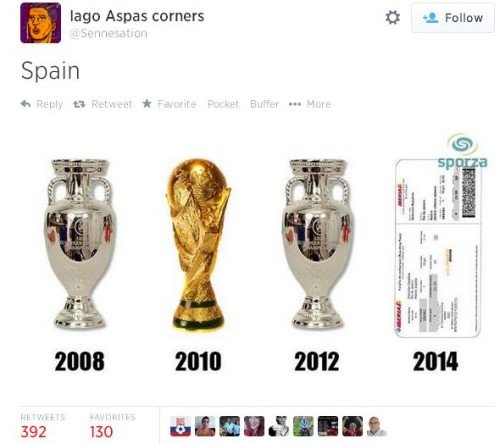 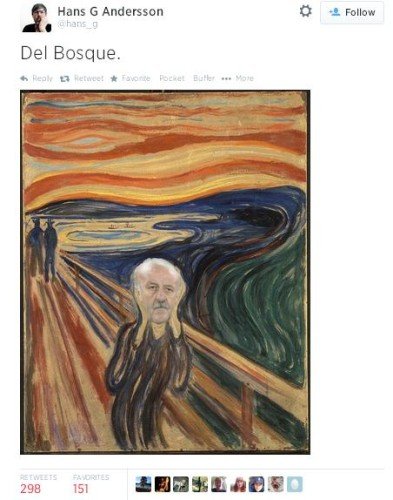 Team England are flying home as well, after two 2:1 defeats from Italy and Uruguay. Here are a couple of jokes I liked that was posted when their exit had not yet been confirmed. 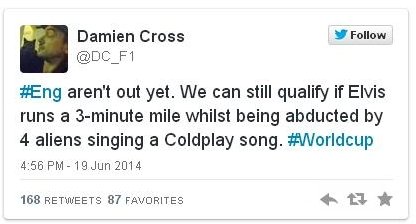 That’s it for now. Good night, everybody!

Filed Under: Travel Humor
← New 40,000-point offer from Capital One Venture
I’m Back From Brazil/USA vs Portugal 2:2–We Were So Close!/Vanilla is Dead/North Korea, Anyone? →
0 0 votes
Article Rating
Subscribe
Login