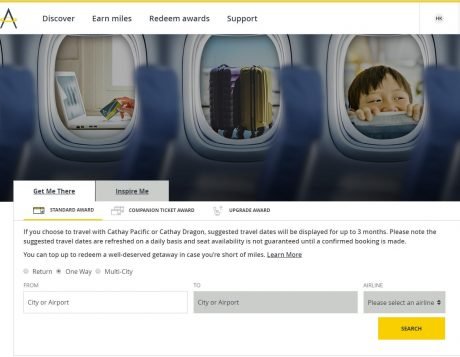 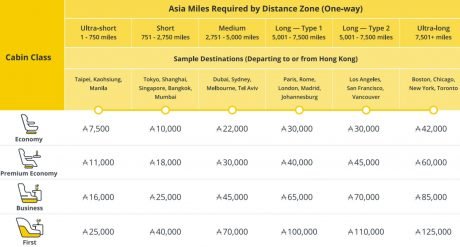 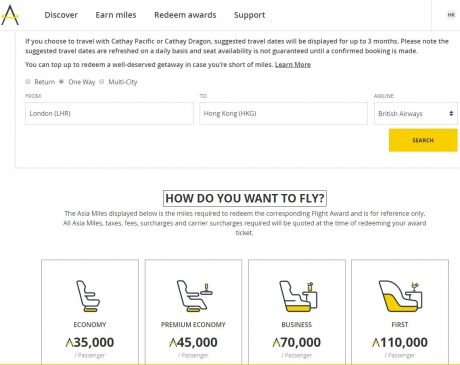 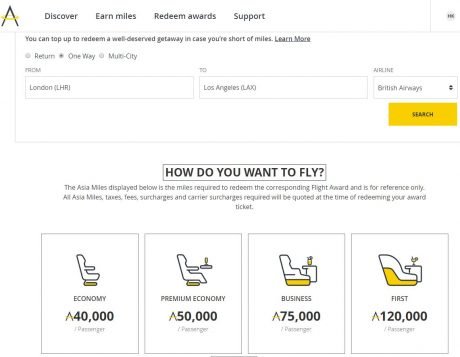 Filed Under: Bargains, Miles and Points, Miles and Points Trip Ideas
← The Last Few Hours to Get This Insane Iberia 9,000 Avios Deal — And a Little Secret
Chase World of Hyatt Credit Card — a Great Deal, a Lousy Deal, or the Greatest Deal Ever? →
0 0 votes
Article Rating
Subscribe
Login

Doesn’t make sense to pay the surcharges and extra miles when there are other deals out there.
What is the best use of the Asia miles then, for someone from the West?

Deals like what? Far as I know, the only programs that beat 100,000 miles in J to Europe and South America are ANA and JAL. But JAL miles are hard to get, and ANA also add surcharges to most partners. So, not much to choose from.

Besides, there are no YQ in the Americas.

You are entitled to compensation, as long as you checked in in a timely manner as well as Flybe do not have an additional legit need to not enable you on the trip, as per our terms and conditions.

Hey Andy i had some q’s: 1. What is availability like for the various TATL redemptions? 2. If I plug in the itinerary to ITA Matrix to check the YQ for the TATL redemptions is that going to be an accurate reflection of what CX is gonna pass along to me? 3. IIRC using Etihad miles to book AA TATL would match this pricing at 100k correct? 4. What about connecting itineraries: for example could I book JFK-HEL-IST for the same 50K 1W price? 5. Is there a way for me to subscribe so that I receive an email notification… Read more »

1. IDK, availability is always fluid, you need to keep checking.
2. Should be.
3. Business RT? Yes.
4. No. You’ll pay for 2 awards
5. When you make a comment, you should see an option to subscribe for new comments.

Also, I don’t see anyway to subscribe, do you have an email where i can send you a screenshot of what I am seeing.