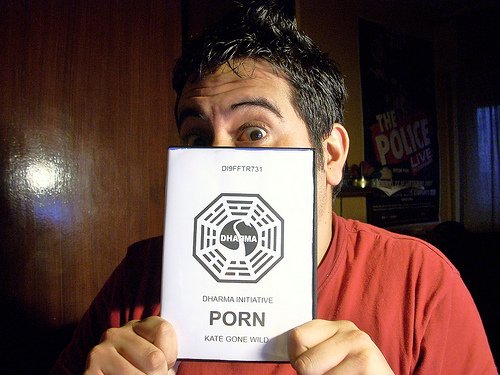 I thought that this article was fascinating. No sarcasm, it really is.

Here is the story from one Elizabeth Saft, a clinical psychologist (yes, I believe her field of expertise is really important to the story). She decided to share with Mr. Elliott her traumatic Delta flight experience.

The pornographic images Elizabeth Saft recently glimpsed on her seatmate’s cellphone while she was flying from Sacramento to Minneapolis on Delta Air Lines can’t be described here.

“I told him to stop it,” says Saft, a clinical psychologist from Davis, Calif. “To which he responded: ‘Just don’t look!’”

Well, I don’t know, but I find it funny as hell. I don’t even know where to start. First of all…

Seriously, where does this guy think he is? A Singapore suite?

I’m not done with dumb, though.

Enters the lady who “glimpsed” on the lonely dude’s cellphone to find the kind of images that chaste Chris Elliott couldn’t even begin to describe in his piece. That “glimpsed” part is something I find really disturbing. Why? Because you don’t “glimpse” at another person’s cell phone if you don’t want to see something.

Really, it’s a phone! If our smut-lover was watching that stuff on a computer screen, I could’ve cut her a slack. A 3″ phone screen, however, doesn’t seem to me like something she just couldn’t help but notice. Unless he cranked the volume up all over the plane, she could’ve helped! To me it sounds like our clinical psychologist told a complete stranger to “stop it” because she didn’t approve, and not because it was bothering her. No-go in my book.

In our Dumb and Dumber case, the flight attendant relocated her to an open middle seat away from the offender. And she was furious about that.

She complained to a flight attendant, who relocated her to an open middle seat. “Needless to say, this was extremely distressing, and profoundly unfair to me,” she adds. “I believe the man should have been moved. I believe his behavior was criminal.”

Criminal, huh? Is that even a medical term?

I think the flight attendant did the right thing. Imagine if they had sent the dude and not our clinical psychologist to the middle seat where he would’ve been able to inflict deep psychological scars on two other innocent victims.

I hope that our psychologist will be able to find another shrink to address her deep psychological trauma before her next flight. Or god only knows what can happen!