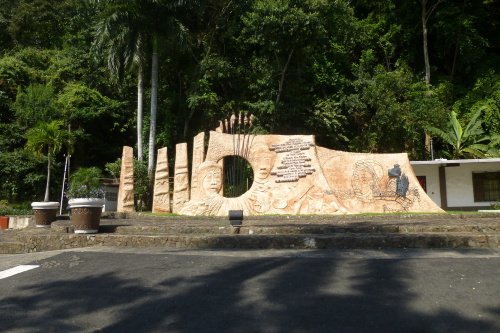 My aunt and I came to Panama City for a one-year anniversary of my cousin’s passing–so it wasn’t a fun trip. In addition, I caught a nasty bug, and couldn’t do anything for the first three days. However, we did a few tours with a help of a local tour agency that went above and beyond the call of duty to make sure we didn’t have to move a finger about anything. Being an independent traveler, it was a new experience for me, and I can’t say I didn’t enjoy sitting back, relaxing, and rolling with the flow. I have some vague memories of that mode of travel being a norm at one time, and I can see why some folks resist the call of progress to this very day. 🙂

We flew to Panama City from Newark on United Airlines for 35,000 miles roundtrip and $60+ taxes.

We had initially booked two rooms at the newly built Hampton Inn for 5,000 points a night, but lo and behold, it wasn’t ready for the date of our arrival (still isn’t open, actually), so they moved us to the nearby Doubletree by Hilton. Of course, the Doybletree would’ve cost us 30,000 points per night, which is beyond ridiculous considering that Waldorf Astoria is 40,000 HHonors points. On the other hand, hotels are really cheap in Panama City (a nice 3.5/4-star hotel, including this one, can be had for under $100 and the Waldorf for around $150 a night), that it won’t hurt your wallet too much to splurge on a good property.

The hotel was perfectly fine. The room was small, but comfortable, with a great bed, a work desk, and a walk-in shower (although hot water on the third floor of this 7-story building never got too hot, if you catch my meaning). What I really loved about my room–other than a very comfortable bed–were two AC ports in each of the three desk lamps. It’s amazing how little things like this can make your stay so much easier. I had no problem finding home for all my charging devices. 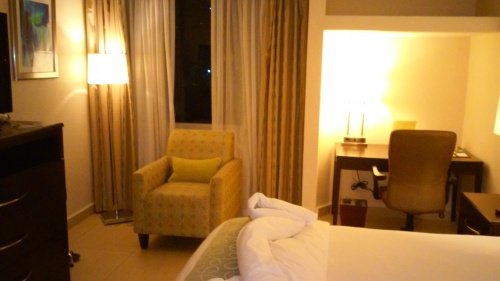 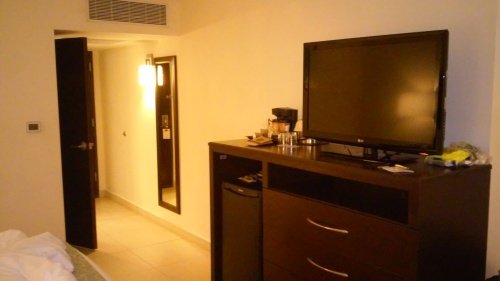 Verdict: Solid business hotel, but also good for tourists considering its central location and free parking. You can’t go wrong there, but not for 30,000 points a night. Book for cash.

Hop On Hop Off

I am a huge sucker for the hop on–hop off buses wherever I go. Of course, I don’t remember another place where it would cost me $30 a day, but if you dedicate a whole day to sightseeing and exploring the city, you might get your money’s worth. They have two routes, the Canal and Panama La Vieja. I found the Canal route really interesting, and La Vieja just meh. YMMV. 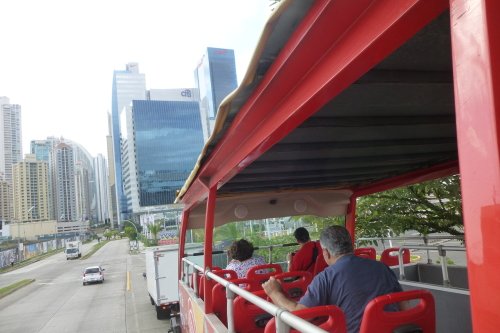 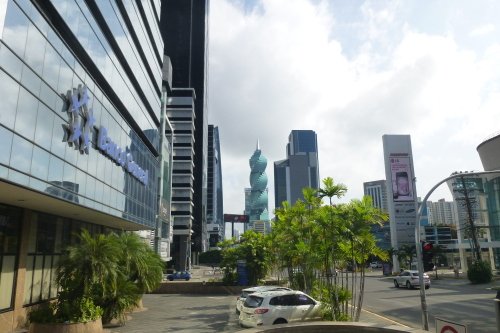 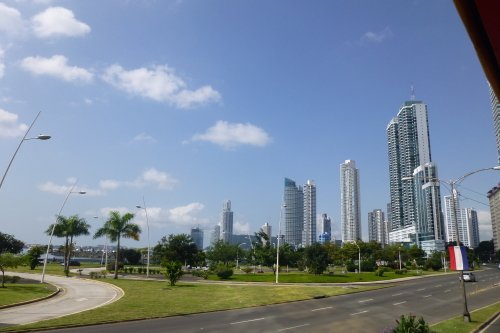 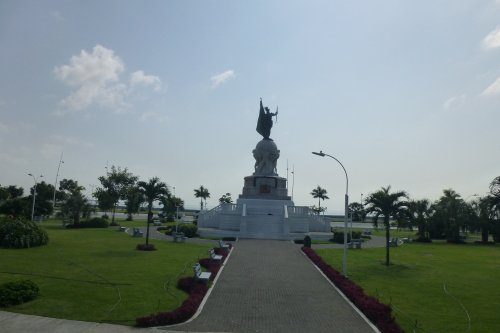 The two alternatives I can think of, are either renting a car and following the bus routes, or just hiring a cab for a day. I asked one cabby for a quote, and he gave me $50 for 6 hours. Since I only asked him in the name of research (LOL), I didn’t haggle, but I’m sure I could’ve. 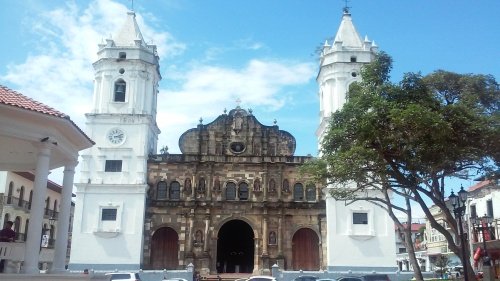 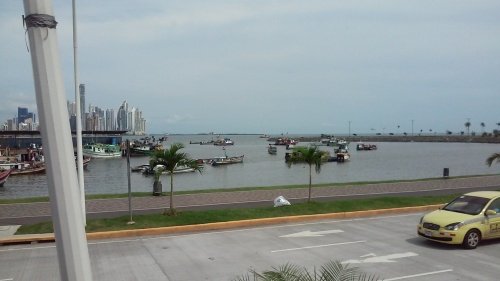 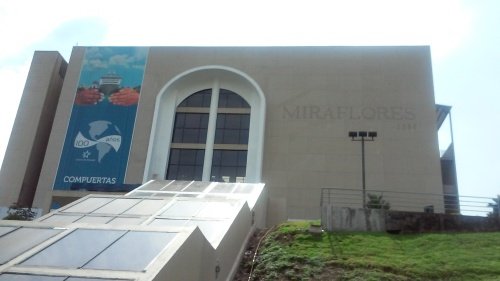 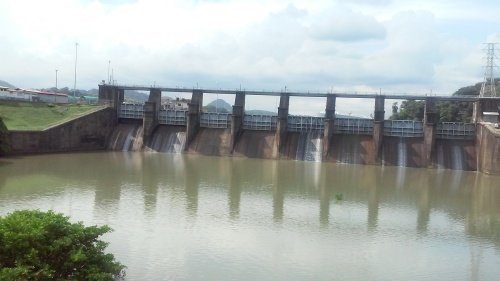 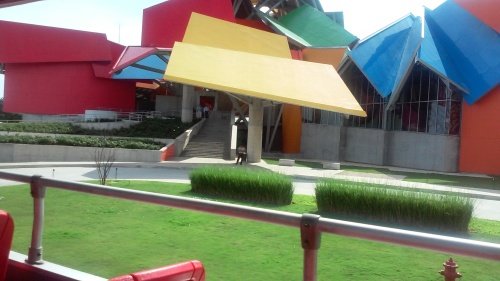 About cabbies, by the way. Always ask for the fare beforehand and don’t be afraid to walk away, as cabs are usually plentiful. There was only one time when I paid more than $5 to get where I needed to go in Panama City, and that happened during the rush hour under one of those torrential rains that fell on Panama City daily. The guy asked for $8, but we ended up giving him $10, since it took us almost an hour to get from Multicentro to my hotel, which is a mere 15-minute walk under normal conditions.

And this is how the weather can change in Panama City in a matter of… I don’t know–10 minutes? Take a look. 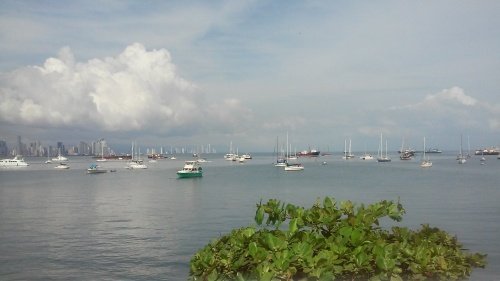 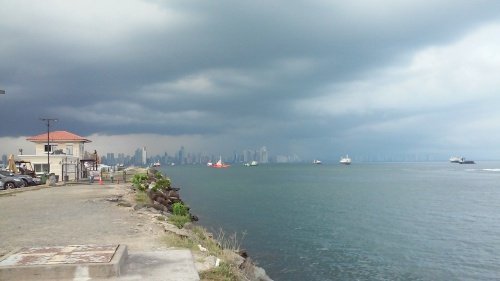 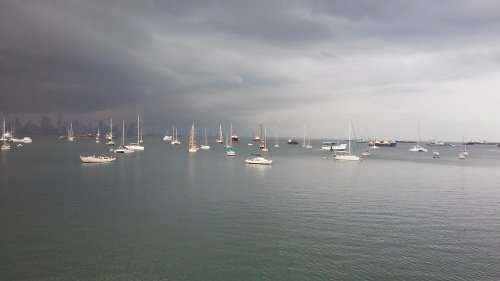 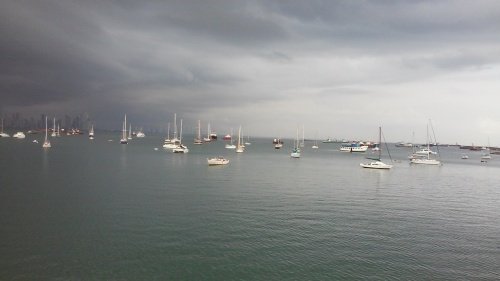 Two-three minutes later we had to run for our life from the upper deck downstairs into the safety of the enclosed cabin. In the ensued panic (LOL), we got soaked wet in about 20 seconds or less.

The train ride is scenic, Colon is a dump, and Gamboa Lake Resort is totally worth a trip!

[…] Here is my previous report: Panama City and Beyond: Trip Report, Part One […]