Good news first, My dent is not that bad. My rental was parked in front of the hotel registration building for twenty minutes and when I exited the building this is what I saw. 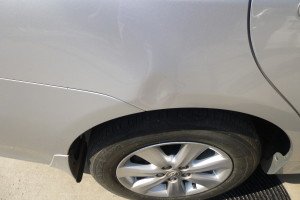 Am I 100% positive it hadn’t happened earlier at some other place? No, but I’m almost sure I would’ve caught it if it had. The dent is on the driver’s side, there is no way I wouldn’t have noticed. Well, almost no way…

For years, I have been renting cars without an incident, so I guess, statistically speaking, this hurdle was long overdue. I am covered by a standard Master Card insurance, but there are many nuances rental companies use to pad up their bottom line. It will be interesting to see what it’s going to end up costing me.

Another piece of good news: it’s a beautiful day here on Samui, but I don’t even feel like going out. Yesterday night, this bug hit me like no bugs ever before. One moment I’m fine, next moment the back of my throat is itching, followed by coughs and cold sweats. I feel better today, but man, these things move fast here in the tropics.

How good is it here on Koh Samui? This good! 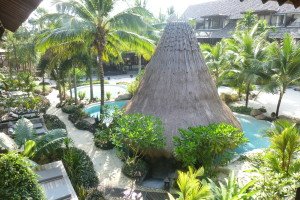 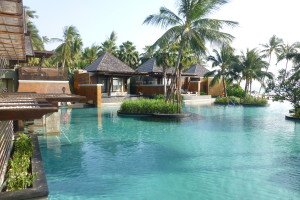 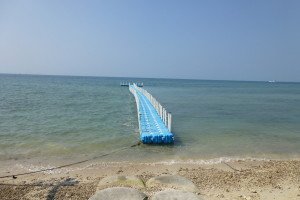 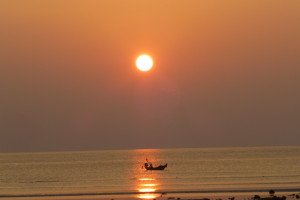 How is getting sick good news, you wonder? Well, today is the last day of my trip. If a bug had hit me when I’d been climbing the temples of Angkor, that would’ve been even less fun. Two years ago, I did have a pleasure of climbing Machu Picchu with a bout of severe food poisoning. And by pleasure, I mean agony.

See how I’m using this half-full mental exercise to make myself feel better?

Note, there is also a 60,000-mile offer from the same outlet that I have never reported simply because I don’t believe it to be a good deal. This card’s whopping $450 annual fee is not waived for the first year, even though you’ll also receive access to Admiral Club airport lounges. However, I do not value lounge access all that much, and by “all that much” I mean paying money for it. There are ways of getting lounge access for free or close to free. If you haven’t read my post about getting free airport lounge access, you might find it quite useful.

Controlling Your Urges is Boring

As stated in this article, “at approximately 5:35 p.m., RCMP received a call regarding two passengers who were allegedly involved in a sexual act on a flight from Toronto.”

Turns out that the traces from the Target data breach case lead where I predicted them to lead from the very beginning: to my old country. Though, there are still some confusions in the media (whether the hacker who sold the sophisticated malicious software to the attackers is a young fellow from Saint Petersburg, Russia, or an equally young fellow from Odessa, Ukraine). It depends who you believe more: a yellow rag like New York Post or Brian Krebs from Krebs on Security. I personally trust Brian rather than paper-stainers from major tabloids who do nothing  but repackage his articles and yet still manage to get their facts wrong.

The bitter truth is, there is no real security in today’s world, and there isn’t much an average consumer can do to prevent or stop identiry theft in its tracks. Of course, you can use randomly generated credit card numbers when you shop online. Of course, you can refuse to store your credit card information on the merchant’s server. And perhaps you should do both. But the theft in question did not occur online. Target thieves did not steal your data over Wi-Fi; instead they infected Target POS (Point of Sale) terminals. How do you prevent that?

You can’t. Unless you are ready to swear off credit and debit cards for good, the only thing you can really do is to protect yourself from the consequences. Use free online services like Credit Karma and Credit Sesame to monitor your credit file and also sign up for the Experian Monitoring Service offered free of charge by Target to help theft victims (read everyone) to monitor your credit activity and react quickly if your financial data is compromised.

Then cross your fingers and hope that these monitoring services don’t get breached too. 🙁