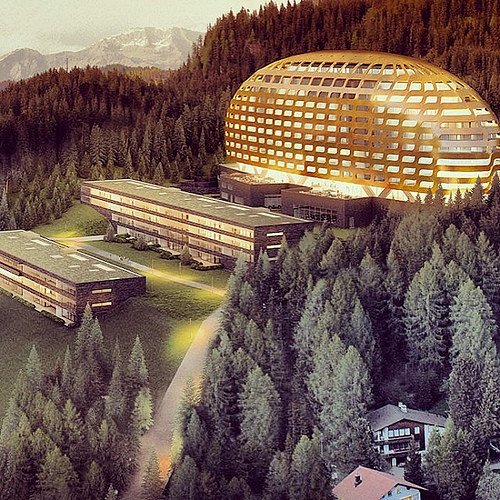 In general, I don’t like the IHG Rewards Club program very much. I like it less than SPG, less than Marriott; hell, I even like it less than Hilton HHonors! The reason I don’t like it is because their award chart is severely overpriced (especially after the big 2013 devaluation), the avenues of getting free IHG points are limited and unappealing, and their “top” Platinum status–albeit easy to get with the Chase IHG credit card–is a joke. Sure, you can get an occasional upgrade, but you are not entitled to almost anything, and they won’t give you anything unless you beg, so you can (normally) forget any sensible upgrades or free breakfasts.

In addition, begging won’t normally help you at InterContinental hotels (although, they make exceptions sometimes at less popular locations). In order to get upgrades at an IC, you have to buy the Ambassador status for $200, which–unless you stay at IC’s a lot or have an upcoming stay at a very expensive property–is not worth it, IMHO. And even the Ambassador status won’t normally get you a free breakfast, Club access or a suite upgrade! Yep, the Hilton HHonors gold status is much better than IHG Rewards Club as far as the hotel elite recognition is concerned.

This year, IHG didn’t devalue a single property–quite the opposite, they reduced redemption rates for 100 hotels by 5,000 points. That’s a nice gesture, although even that doesn’t make them competitive in most cases. Loyalty Lobby has compiled the full list of reduced IHG Rewards properties. Some of the reduced properties do look appealing until you realize that in most cases you’re still better off paying with cash rather than points.

Sometimes, however, you can get ahead with points, but you need to do the research. This is reportedly an excellent 4-star resort in Phuket, where you can save a few bucks after the 5,000-point reduction.

And IHG has one awesome feature: PointBreaks at 5,000 points per night in certain locations around the world, published on average once every 2-3 months. No other hotel loyalty program offers anything like that. Using the so-called IHG trick (which is booking a hotel room, canceling the reservation, and getting the points at $0.63 after the 10% refund) you will never pay more than $31.15 a night! As long as the IHG Rewards Club program has this incredible feature (there are always rumors they are doing away with that) I am not giving up on them.

While I’m yet to take an advantage of a PointBreaks Night, this is an incredible way to explore less-known places for next to nothing. If I were a full-time travel blogger or writer, I would virtually live and work out of the IHG Rewards Club PointBreaks hotels, and I wouldn’t need any other tricks in the book. IHG hotels are everywhere!

In addition, there is a Chase IHG Rewards Club credit card that has its own great features.

Unfortunately, the value you are getting out of points that you use on a regular IHG stay leaves a lot to be desired. I usually look for at least 1:100 value for my hotel points (except SPG), and–please don’t laugh–but I normally get this or better value even from Hilton HHonors. Now, with the IHG Rewards Club you can practically buy points at $. 063 ($. 07 with a trick minus a 10% rebate). And yet, you will often be hard-pressed to justify the value unless you use them at the most expensive properties at peak times when the prices are totally unreasonable. Of course, you might feel that paying 50,000 (or $315 with the above-mentioned trick) for a room at Paris – La Grand is a bargain when it’s listed at $600, but since I would never pay $600 for a hotel room, it’s not a wise use of points or money in my book.

What’s always on my mind with IHG is whether or not I would get a better value with cash or buying points at $.063. Unfortunately, for most redemptions that are not aspirational, like in an example above–cash rules!

Having said that, a free credit card annual night and PointBreaks make IHG Rewards worth using. And they have enormous number of properties around the world.

Anyhow, here are some interesting (IMHO) new and upcoming IHG hotels. This is not a complete list, because, boy, the complete list is really huge and very inconvenient to search for. I really had no idea when I decided to undertake this task. Below, you will find the list of IHG properties in the location that I personally find interesting for a leisure traveler (IMHO, of couse). I’m enclosing points redemptions rates where they are available.

A huge and exciting news for IHG members (but not Kimpton members, perhaps) is IHG acquiring Kimpton Hotels. That’s 62 boutique hotels in the most popular cities in the US and 16 hotels in the pipeline. Read more about it here.

Mexico and the Caribbean

AFRICA AND THE MIDDLE EAST

Hualuxe (22 luxury hotels in the pipeline)

Again, this is not an exhaustive list. Since IHG is really not good with updating their information, I have compiled this list using several sources.

Photo By: By: Mighty Travels

Andy, this entire series on the new upcoming hotels are very well written and pretty useful. I wanted to take time to comment that this is one of the best useful blogs out there after travelisfree. Clearly underrated for now. I hope things will change soon as readers get more clarity about bloggers who care for content and readers and not for clicks.

Thank you very much Kumar!