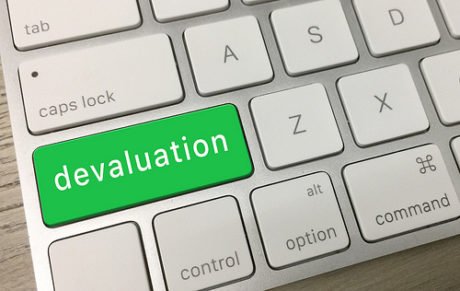 A few days ago, I wrote a post about the new IGH card. I was arguing that the old IHG card with the 60,000 points bonus, $50 statement credit, and the $49 annual fee waived for the first year was better than the new one with the 80,000 points bonus and $89 annual fee. I presumed that the old card’s language about using one free night at any IHG hotel in the world would not be changed, at least while the old links are still around.

Well, you know what they say about presumptions, right? Never underestimate the corporate drive to screw their customers for no good reason. The Annyversary Free Nights at any hotel was the only saving grace of this mediocre credit card with a mediocre bonus for a mediocre program.

Not anymore thanks to the new IHG devaluation!

Today Redditer tbradnc reported that Chase sent him a letter stating that:

Going Forward, Annyversary Free Nights issued after May 1, 2018, will be redeemable at eligible IHG hotels with a redemption value up to and including 40,000 points.

Of course, glass-half-full people will point out that there are still ways to benefit from the program despite this new IHG devaluation. I should know, I’m kind of one of those people. I always look for values, no matter how bad the news is. And I’m sure you can find a good value in it. Hell, you can find a good value in almost everything if you look hard enough. But the relentless pace of IHG devaluations year after year is simply depressing. They just take, take, take. It’s almost as if they hated their loyal members, as if there was something dark and very personal about it…

Good thing I’m not one of these loyal members, or I would be royally pissed as opposed to being simply annoyed, LOL.

Long story short, I’m not applying. Yes, the program still has some value, but so does a watered-down drink.

If you’re still considering and if you have a spartner, then go for the old card. Get the bonus, get two $50 statement credits, get two free nights.

Filed Under: Cheap Travel, Credit Cards, Miles and Points
← The New Chase IHG Card Offer — How Doest It Compares to the Old One, and Should You Apply?
The Hawaiian Airlines Credit Card Offer with 40,000 Miles Bonus and Waived Annual Fee Is Now Public →
0 0 votes
Article Rating
Subscribe
Login

This sucks. I’ve had the IHG card for about 10 years now. I may still hang on to it for now as long as I can get more than the AF in value, which I probably can at least from the occasional airport hotel night. But we’ll see…

Obviously, it can still be worth it under some circumstances, if you can apply and travel with your partner, but just for one night, it’s not, IMHO.

I honestly don’t know. Off the top of my head, I’d say it’s a bit risky.

[…] hit to the travel hacking dropped with IHG Rewards devaluing the free Visa night: New IHG Devaluation April 2, 2018 — Chase Limits the Anniversary Free Night to 40,000 Points. Just as years ago the airline elite game was finished and we became free agents, maybe it is time […]