Learn How to Waste a Silly Amount of Miles (And Find the Right Excuses, Too)

Even though I’ve been funding my travel habit with miles and points for the last 15 years or so, I only took my first premium-class flight in 2010 or something. And it was a domestic flight, too.

My wife and I flew to New Orleans for Mardi Gras on American Airlines. My wife doesn’t accompany me very often, as she really hates flying, so I tried to make that flight really special. It was a surprise, and she had no idea we were flying in First, so she was amazed how it felt different from our prior flight to Miami 3 years earlier. She was sure the flight attendant had not written down her drink order before the departure back then. Alcohol and better recline made that flight slightly more comfortable for her. And Andy Garcia, who had been a Bacchus King in NOLA that year was flying in our cabin on the way back, so we totally got our  airline taxes worth.

And thus, my first justification for wasting miles was born. It’s not for me, I told myself, it’s for her, my bride and the love of my life. But the truth is—it was a lie. I enjoyed being in a first-class cabin much more than she did, as she was still terrified by even a hint of turbulence. And she still avoids flying, no matter what! To her, the First Class “flight experience” was only slightly better.

And what the hell does the flight experience even mean?

So how to blow an insubordinate amount of miles on a whim? You could start with Alaska Airlines, like me.

Why not blow 100,000 Alaska miles on a one-way First Class Suite Emirates ticket to Asia? I was so excited to see the Emirates redemptions on Alaska come back. Since Alaska Airlines doesn’t add a fuel surcharge to Emirates booking, it’s gotta be a bargain, right? I grabbed a “free” ticket to Bangkok for my fall travel and never looked back. 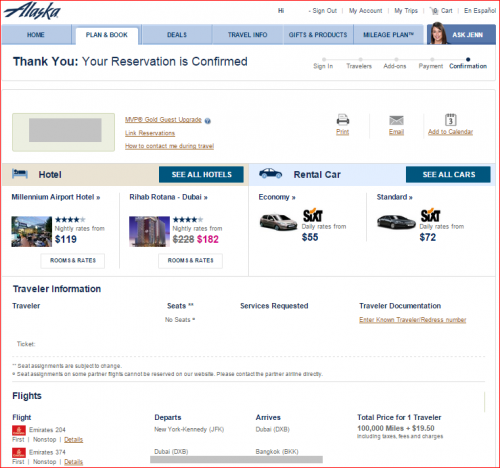 Although, it’s not true. I did look back. And thought to myself: wait a minute! What the hell have I just done?

So, OK, flying for 14-18 hours in coach is brutal, but Emirates is not the only Alaska partner. There is also Cathay Pacific, whose Business Class product is fantastic, and it’s much cheaper, too! In fact, at 50,000 miles, it’s cheaper to book on Alaska than American Airlines—that would cost 62,500 miles. 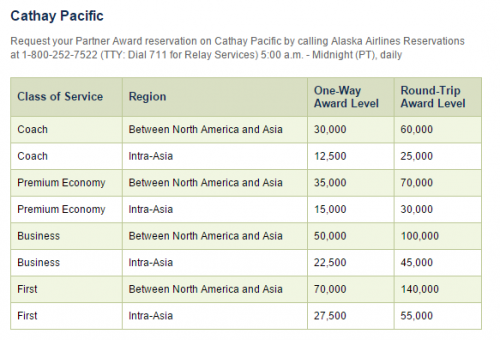 Should I have even tried to find Cathay Pacific availability and come up empty, that would’ve been a decent excuse, but I didn’t. So it’s not about flying in comfort—it is about completely unnecessary opulence. Let’s not misplace the words.

How to blow your miles and your own commitments on a whim, too!

Well, I am not where some folks in this hobby are—the folks who, you know, won’t get to the back of the plane even if their life depended on it. I set this ridiculous tolerance threshold for myself—6 hours. Meaning, I will fly in coach willingly if the duration of my flight does not exceed the flying time between NYC and LAX. I still go beyond that threshold when I can grab that amazing AA deal to Europe for 40,000 miles. I’m not at the point where sitting in the First Class goes to my head, and I’m not DYKWIA and never do I want to become that guy. Ever!

However, I am more reluctant to take a long Economy class flight than I’ve ever been. I remember my first, courtesy of Chase, Continental flight to Rio, and how elated I was to not pay $800+ for that ticket. That feeling is gone.

But even when we set our own standards, temptations are lurking in the shadows. There is no avoiding them.

I’ve always wanted to visit Iceland, and then Club Carlson sent a death notice about the Free Night benefit. Club Carlson has a couple of decent hotels in Reykjavik. The time was right, especially that Delta has non-stop flights to Reykjavik out of JFK during the summer season.

Just like every other legacy, Delta prices their award levels to Europe in Economy at 30,000 miles one way. It’s a short 5.5-hour flight, and I would’ve been happy to take it.

There was only one problem. I could find Saver rates on the way to or from Iceland, but not in both directions. I would’ve had to pay a “Standard” rate in one direction, and I hate paying the so called “standard” rates because they are not standard. They are ripoff levels.

As a travel hacker, I have strong reservations against being hacked by an airline.

So I began thinking. I managed to find a roundtrip Business Class Delta ticket, but I was not satisfied. Blowing 125,000 miles on two short segments did not appeal to me. I began looking for a better use of miles. And then it hit me.

Virgin Atlantic has a sexy, Upper Class cabin I’ve always wanted to try (see, that again!), but they add ridiculous fuel surcharges that should be totally illegal but aren’t.

However, Delta does not add a fuel surcharge to its partner Virgin Atlantic award seats, and if I use them on the way to Europe rather than from, then I would be able to avoid that ridiculous LHR airport tax that should be illegal too, but… oh well!

Then I remembered I’d always wanted to see the Miniature Wunderland in Hamburg, and that Hamburg has a couple of Club Carlson properties, as well.

So what have I achieved with my smarts? After a few convoluted hours, I’ve built an itinerary that will cost me 125,000 Delta and 10,000 American miles (between Hamburg and Reykjavik), which is probably 30-40% more miles than what I would’ve spent if I had booked a standard Delta Economy award in one direction.

In terms of convenience, I’ve traded a simple, non-stop itinerary for an itinerary that involves 3 layovers.

In terms of cash, it will undoubtedly cost me at least a few hundred bucks more, since I am not going to spend my time in Hamburg sitting in a hotel room.

In terms of lost income, this route adds an extra 3 days to my outing that I could otherwise use to make a few bucks at home. 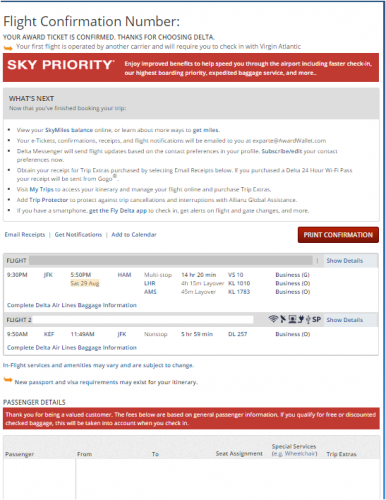 So what’s the big deal? Miles are a renewable resource. Earn and burn, baby!

Earn and Burn. Yeah, about that…

A common refrain from many bloggers is that miles and points get devalued all the time, and hoarding them doesn’t make a lot of sense. You may want to check out this great post from TBB:

The explanation for this attitude is simple and reasonable. Miles and points get devalued all the time. Things become worse, and they never (or almost never) become better. So what’s the point in hoarding miles that tomorrow might be worth a fraction of their current value?

This is a logical perception, but it doesn’t tell the whole story.

The truth is that the lion’s share of all devaluations is about Business and First class.

I don’t remember when a domestic First Class award was less than it is now.

During the latest slaughter in the fall of 2013, United destroyed Business and First Class redemption levels–yet even they handled the coach levels with kid gloves.

Hotels devaluations are more complex (as in they don’t make sense more often than they do!), but if you look at the general picture you will see that they, too, are re-pricing their top properties out of the reach of hacker John.

If all we are interested in, is flying the world, then there is no rush to burn our miles. I expect our coach miles will be good to us for years to come. If, on the other hand, we are always dying to “try” a new product (I wonder why not one airplane enthusiast will try an Economy product, for a change), then things are going to get harder and harder.

The funny thing is, even though I don’t share the earn-and-burn philosophy, I’ve been going out of my way to run in the same general direction, it seems.

Congrats to me, I guess.

Tightening of credit card sign up bonuses, shrinking MS opportunities, restricting availability to their own metal, ongoing devaluations—one day, a free First or Business Class seat will become a thing of the past. When that happens—what are you going to do? Stay home or retrain yourself to fly in Economy?

Best writer on the blogs. Funny stuff and relevant. Thanks!

Thanks Kent! Appreciate that.

we will earn more miles in future.. I’ve tried to save miles earlier and I regret that. If you have the miles in yoru accoutn right now burn them on first!