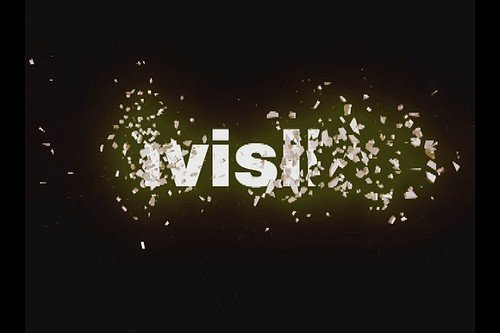 Credit Invisibles sounds kind of catchy, doesn’t it? Almost like a movie title. I can see how it could sell very well, especially the sequels. Think about it.

Unfortunately, this is not about a movie. This is about people who don’t have a credit file.

According to the Consumer Financial Protection Bureau (CFPB), there are 26 million Americans who do not have a credit file.

That’s not all, however.

As of 2010, 26 million consumers in the United States were credit invisible, representing about 11 percent of the adult population. An additional 19 million consumers, or 8.3 percent of the adult population, had credit records that were treated as unscorable by a commercially-available credit scoring model. These records were about evenly split between those that were unscored because of an insufficient credit history (9.9 million) and because of a lack of recent history (9.6 million).

So, five years ago (the latest data I found), 45 million Americans–roughly 21% of the adult U.S. population could not get access to the credit market. This number has probably not changed dramatically in the last 5 years.

The paper makes fascinating reading (if you are the type who doesn’t go out too often). But in all seriousness, the results of the CFPB research are kind of obvious and predictable. The invisible and the unscorable are mostly poor, mostly young, and mostly black or Hispanics. Nothing we didn’t already know, really.

The three NCRAs have traditionally been the sole source of information used to calculate credit scores like the scores produced by FICO or VantageScore. Consumers with limited credit histories established in the records of the three NCRAs generally have a harder time obtaining credit as a result because many lenders do not extend credit to consumers without a scored credit record or do so only in quite narrow circumstances.

Talk about the understatement of the century.

So Where Does FICO Come In?

FICO wants to make credit invisibles less invisible. They have teamed up with some lenders and credit card issuers and are developing a special pilot program for them. The new scoring model might be ready as early as in the next year.

AP ran an interview with Jim Wehmann, a vice president of FICO’s scores business, later reprinted by many media outlets. This interview is also fascinating–mostly by its tightlippedness. All of a sudden, veni, vidi, vici doesn’t sound so laconic anymore.

What information does FICO need to create a score?

From a FICO perspective they are unscorable because we don’t yet have six months of history on them or we haven’t had an update in six months.

If there’s no credit history, what information will you use to build their score?

Wireless or landline or cable bills. [Bolding Mine]

When will that FICO score be used?

We’re in a pilot phase. We’ve built the score and we are right now working with lenders for them to validate the score based on their actual applications.

When will it be ready?

We have 12 lenders in the initial pilot, so we’re going to wait until they do their validations before we make it widely available to all lenders, probably by the end of the year or first quarter of next year.

But Why Now, Really?

FICO has been very consumer friendly lately. They have worked with multiple banks to make credit scores available for free, and their new FICO 9 scoring formula is the most consumer-friendly EVER!

However, a cynic in me theorizes that most of it (including the new pilot program) is happening because FICO feels more pressure from competitors. Primarily VantageScore.

Currently, through their seller-service guidelines, Fannie Mae and Freddie Mac “lock in” models based on sample dates from the 1995 – 2000, which ultimately exclude millions of creditworthy borrowers.  VantageScore Solutions’ impact assessment estimates that 72,285 creditworthy households would additionally be served annually by more inclusive scoring models if these guidelines were amended.  This includes expanding mortgage access to 16 percent more Hispanic and African American households as compared with 2013 levels.

Based on conservative assumptions, the assessment reveals that this could lead to a combined annual revenue opportunity of $272 million for Fannie Mae and Freddie Mac.

The VantageScore 3.0 model is able to generate a score for 98 percent of those consumers with credit files at the three credit reporting companies, including 30-35 million consumers typically not scored by conventional models.  Among those within this population, 7.6 million have credit scores of 620 or above, potentially qualifying them for a mortgage.

Back in 2014, when FHFA decided to study the VantageScore model, FICO cautioned that…

“Some have called for the Federal Housing Finance Agency, Federal Housing Administration, Fannie Mae and Freddie Mac to adopt such alternative scores. Unfortunately, scoring these particular credit files through an approach described by some as ‘innovative’ is unreliable and even harmful to the very individuals the CFPB highlighted.”

So all of a sudden, paying phone or cable bills on time for six months qualifies you to get a mortgage? What gives, FICO?

OK, I’m sure that’s not going to be that easy and that FICO will put some safeguards in place, but would anyone remind me what happened last time when everyone had gotten access to mortgage?

Look, I am not heartless. In fact, I’m quite conflicted about it. Implementation of this strategy will help a few good people to catch their first break—to get their first credit card, first car loan, or the first mortgage. On the other hand, it’s very clear to me that a bunch of other good people is going to lose a lot if not everything. Call me naive, but I don’t think FICO is doing it with a light heart, somehow.

But let’s talk about our self-interests, for a change.

More newly-qualified first-time applicants getting plastic–is it good or bad to us? Let me offer you two questionable scenarios.

And then… How long until the next bubble burst and next recovery, when they begin courting us all over again?

What do you think?

I asked them why my credit score (792) was not higher. They said it was because I paid off my mortgages and car loans long ago, and presently only have credit cards (paid in full every month) showing my perfect payment record.
In other words I need more debt to get a better score! I am just not a fan of paying interest though, so not much I can do.

It’s not that. What FICO wants is to see a “healthy” mix of installment and revolving accounts. Back in a day when I did have a mortgage, my credit score was through the roof, despite churning. Nowadays, it’s usually between 770-810, which is perfectly fine by me. Nothing to worry about.