I’ll admit, I might be a bit obsessed with ANA Mileage Club, and it ain’t healthy. I’ve probably written more about ANA than any other airline.

The reason for my obsession is very simple, though. While the walls are closing in on us from all directions (program devaluations, credit card restrictions, MS hardships, and, lately, even capricious account closures), ANA remains a monolith in the ocean of instability and still offers excellent value for Business Class travel. And ANA miles are relatively easy to get via American Express Membership Rewards transfers.

Bora Bora and/or Moorea are among the most aspirational travel destinations in the world. Tahiti is very costly, especially if you’re trying to score an overwater bungalow. And scoring an award Business Class seat from the U.S. used to be, for all goals and purposes, nearly impossible, right until now.

United just started flying between San Francisco and Papeete in Tahiti. How hard is it to score a United Business Class seat? Not easy, but not impossible if you’re very flexible. Below is sample award space for 2 people. 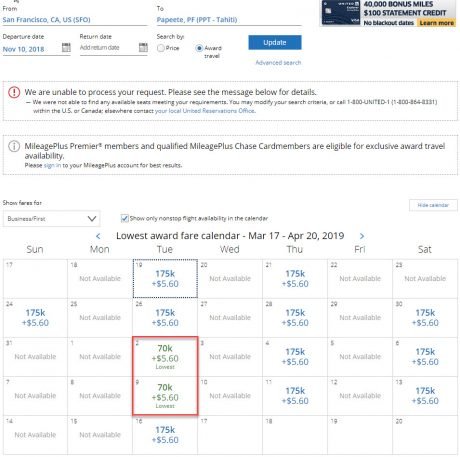 United Business Class availability is not “overwhelming,” but it exists

To me, however, United miles are very valuable, and due to the Chase 5/24 policy that all of us cherish and love (yeah!), I don’t have an easy way to replenish them. Which means I’m very stingy with United miles. And, while I have no interest in Tahiti (as a solo traveler, I’m sure I’d get bored to death in that luxurious captivity), I thought, well, I can’t be the only one with Chase/United blues. So to help all normal (+1 or more) travelers, I naturally looked into ANA — I have hundreds of thousands of ANA miles and MR points, so I expected a better deal. And I wasn’t wrong…  but…

Yep, ANA charges 120,000 miles — 20,000 miles less for the same United Business Class flight (per round trip) — but it adds a fuel surcharge to United flights to Papeete. 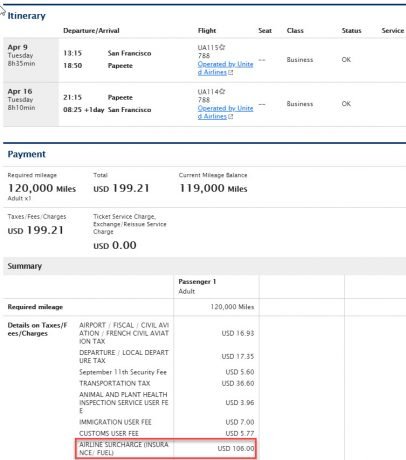 ANA adds a $106 fuel surcharge to United flights to Tahiti

It’s not a huge number, and, in all fairness, 20,000 miles is worth the extra $106, but, again, what the hell? There shouldn’t be any fuel surcharges on United flights. None! 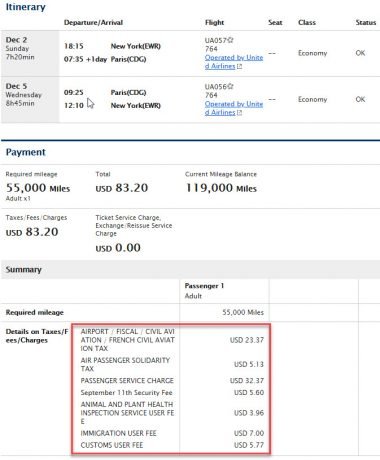 No fuel surcharges to Paris

It doesn’t add YQ to United flights to Australia. 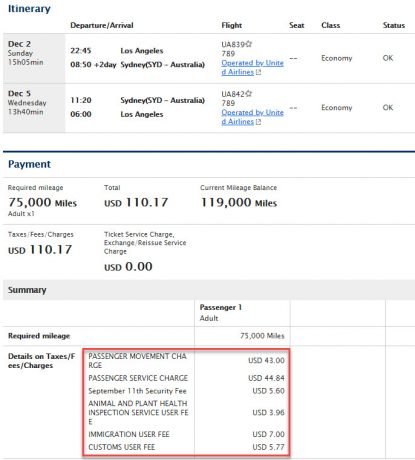 It doesn’t add YQ to United flights to China. 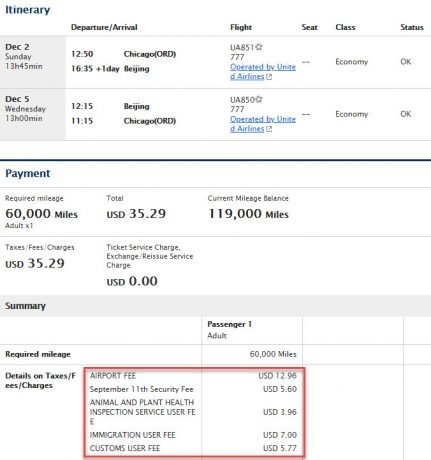 It doesn’t add YQ to United flights to Singapore 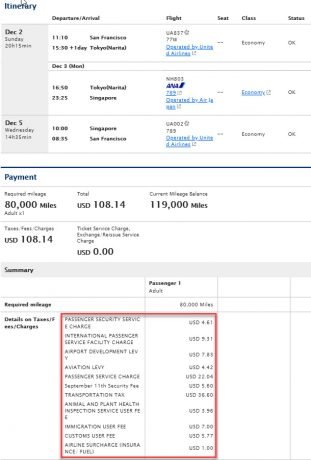 But it does add YQ to other United destinations in Asia: Japan, South Korea, Taiwan and Hong Kong. And now, apparently, Papeete.

It seems like ANA adds whatever YQ United charges, and (it seems) United matches whatever the local carriers are charging according to the ITA Software. At least, it precisely matches ANA fuel surcharges to Tokyo and Asiana’s to Seoul, and, almost precisely, EVA surcharges to Taipei.

I’ll admit that the last time I checked United flights on ANA miles was 2 years ago (see my exchange with Jig in the comments), and I’m absolutely positive that back then ANA did not add any surcharges to United flights wherever in the world they were flying. I don’t know when this changed.

I will update my previous ANA posts with these findings, but as far as the United Business Class seats to Tahiti are concerned, I still believe saving valuable United miles to Papeete is worth $106.

Photo by Bob Bradley on Unsplash