Fifth Freedom Flights Can Save You Some Serious Miles or Money

Fifth Freedom flights are all about hacking. You must be aware of them, not only for award travel values, but also because they are often the cheapest revenue flights you can get. Most people have no idea what the Fifth Freedom is, and most of those who think they do, always confuse them with cabotage rules. Some folks confuse them with the FIFTH Disease, and others with FIFTH Third Bank—well, you’ve got the idea. 🙂

Simply put, The Fifth Freedom is the rule that allows an airline to serve routes with origins and destinations outside their own countries.

Of course, it’s not that easy, or everyone would be doing that, which would be fabulous for us, passengers, but horrible for huge airline oligapolies. That would force them to endure some real competition for a change, meaning it’s not going to happen. An airline is only allowed to serve international segments if they are on the way between their own country and the destination. Cathay Pacific, for example, can fly between New York and Vancouver on the way from or to Hong Kong.

However, an airline can’t “pick up” passengers for a flight fully within the borders of another foreign country—that is prohibited by cabotage rules.

Some Fifth Freedom flights are more famous than others. For example, the above referenced Cathay Pacific flight has been very popular among the hobbyists because you can (for now!) sample that fabulous Cathay’s lie-flat first or business class seat for just 32,500 or 25,000 AA miles respectively. Other famous Fifth Freedom flights include NYC-Frankfurt and Houston-Moscow routes on Singapore; LA-Paris on Air Tahiti Nui and LA-London on Air New Zealand; and NYC-Milan on Emirates.

However, there are dozens of other FFF routes (like it?) that you might want to be aware of. Of course, not all of them can be booked for miles, especially on partners miles that we tend to use. But it works quite often, so there is no reason not to try. 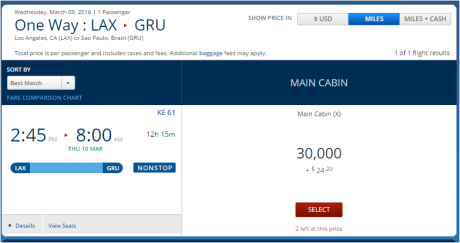 LA-RIO on Korean with Delta SkyMiles 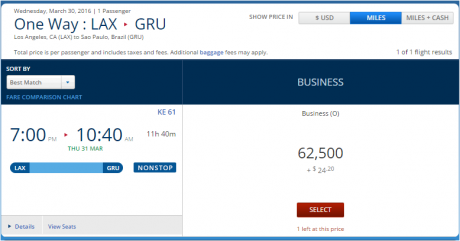 LA-RIO on Korean in Business with Delta SkyMiles

(As Lanteon mentioned in the comments, it’s not an FFF route on BA, sorry, but I’ll keep it here for the comparison’s sake).

Both London and Dubai have a lot of FFF routes. Of course, finding a premium class seat on Qantas flight is always a challenge, but ~$200 in scamcharges on British sounds almost reasonable (never thought I’d say that, but it’s a longer flight to London than from NYC).

Fifth Freedom Flight between Dubai and London on BA

Fifth Freedom Flight between Dubai and London on Qantas

There are not too many nonstop options between LA and Dublin, and by not many, I mean two: Aer Lingus and Ethiopian. It’s always nice when there is more than only one.

Fifth Freedom Flight between LA and Dublin on Ethiopian

Don’t sneeze at short flights, as they can be valuable too. If you find yourself in South Africa, it would be a shame not to visit Victoria Falls. And there is no reason not to, because of the great FFF route served, by BA subsidiary Comair.

Update: Technically speaking, the Comair flights can’t be qualified as FFF, since they are a BA’s South African subsidiary, but who cares, right? 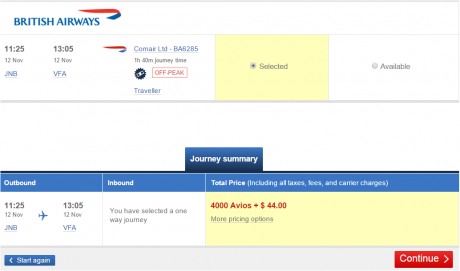 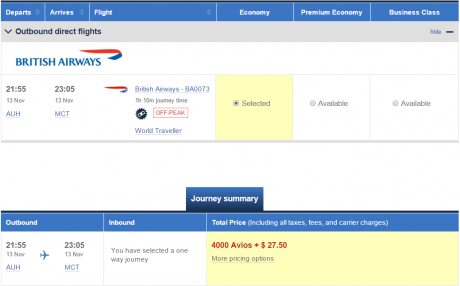 How to look for FFF Routes?

Keep in mind that things can and do change all the time. Malaysia used to fly between LA and Tokyo, but it discontinued all its North America flights. Kuwait Air has cancelled its profitable route between New York and London because it doesn’t want to carry Israelis.

Filed Under: Miles and Points
← From $170 Round Trip: Boston, Baltimore and New York to Martinique on Norwegian Air
How to Take Advantage of Fifth Freedom Flights (Part 2) →
0 0 votes
Article Rating
Subscribe
Login

this is interesting!! i hope i can take a trip like this some day

[…] Fifth Freedom Flights. They are weird but can be good scores in our hacking lingo! Why are they called Fifth & not…say 8th or 69th or something? […]

[…] The first part is here: Fifth Freedom Flights Can Save You Some Serious Miles or Money […]

Recap: Up To 12% Back, Miles On Home Purchases, Hotel Promotion & More - Doctor Of Credit

[…] Fifth Freedom Flights Can Save You Some Serious Miles or Money by The Lazy Travelers Handbook. […]

GRU is Sao Paolo not Rio

Well, how else to make sure you’re all paying attention, LOL?

Just kidding: bad case of whoopsies. Thank you and fixed.

Also added the clarification about the Comair routes, which are not FFF routes, technically, but too cool, not to mention.

I don’t understand how Dubai to London on BA is a FFF. London is in the UK, BA’s own country.

I only find business class on Comair from jnb to vfa on 12 Nov and also the dates I want : first week for may.

Thanks for your comment. It certainly can be the case. Need to look at the whole picture.