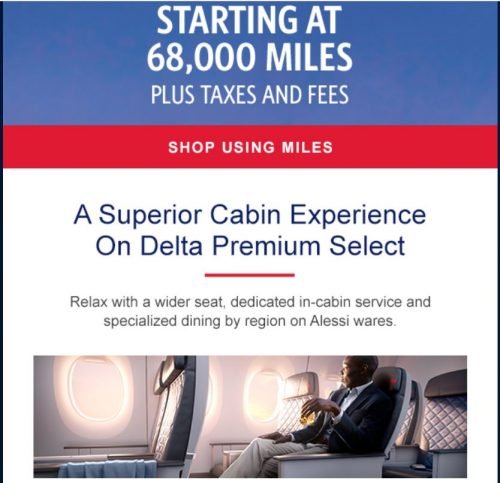 This Delta Award Sale to Europe is focusing on a Premium Select cabin, although deals in Economy are available too. The savings are real, and the price is really good. I’ve never flown Premium Select, but reviews tend to be glowing, and some compare it favorably to domestic First Class. With 68,000 SkyMiles you would pay only 8,000 miles above regular economy, and that’s one heck of an upgrade! 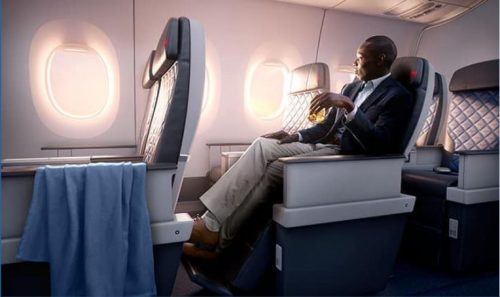 UPDATE 7.1.19 Premium Select 68,000-miles deals are gone, but cheap transatlantic in Economy is still going strong. I’ve checked some redemptions. There are also a few still reduced (if you can all them that) options in Premium Select.

Tweak the dates and check for more deals.

The deal “officially” ends tonight, but based on my prior research, it might linger for some time after that, which is why I decided to post about it on such short notice. No guaranties, though. 🙂

Most if not all Premium Select flights available with this promo are to Paris and Amsterdam. I’ve tried to find other Premium Select options to no avail. 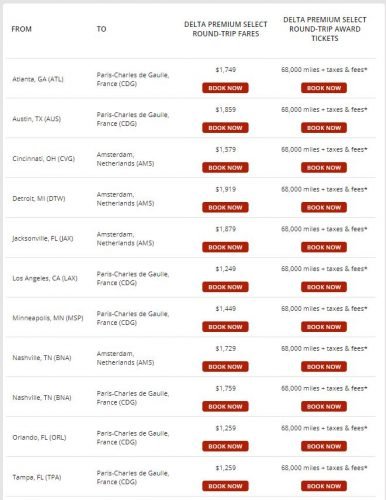 Here is the direct link. 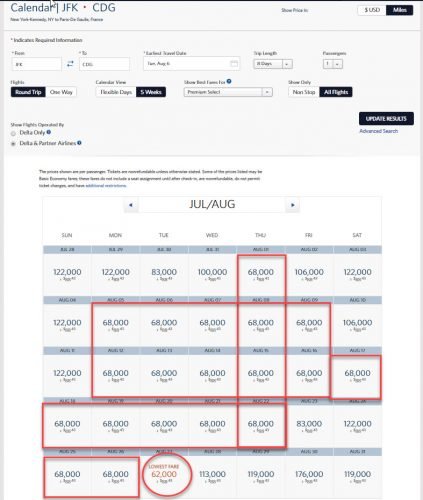 By the way, New York is the only city where I’ve found a 62,000-mile award, which is below the advertised price, and it has even more of those in September (at the time of writing).

And this is Atlanta to Amsterdam. My goodness, can you believe that? Atlanta is a captive hub; it almost never gets  love from Delta! 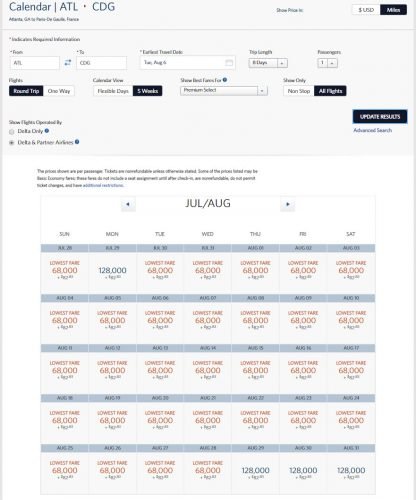 Atlanta to Paris: almost every day is available

Meanwhile, Minneapolis to Paris has excellent availability too. 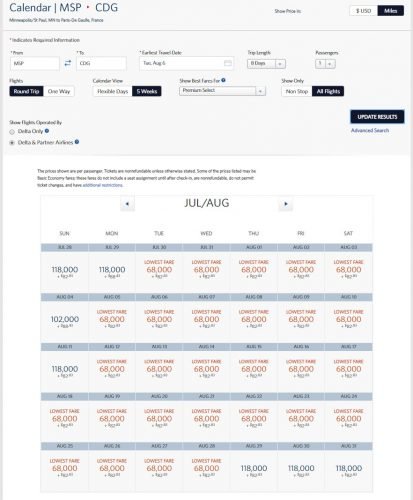 Excellent availability from Minneapolis to Paris … 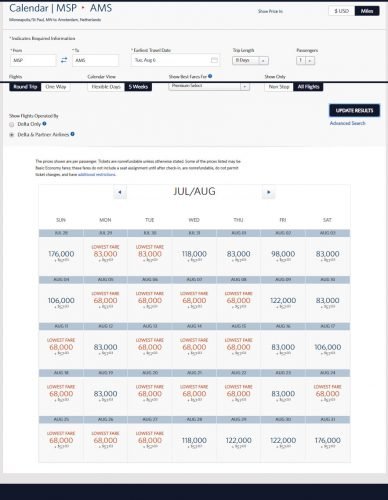 … and good to Amsterdam

Availability from Seattle in August was uninspiring when I lurked, but it’s more decent in September. 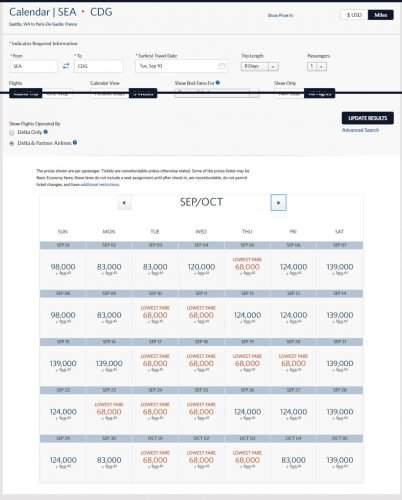 Unannounced Delta Award Sale to Europe for the main cabin

If you’re OK with Economy, you can save big, too, and that “sale” goes beyond just Paris or Amsterdam.

Here is New York to Paris in coach starting at 36,000 SkyMiles. Remember, all these rates are per round trip. 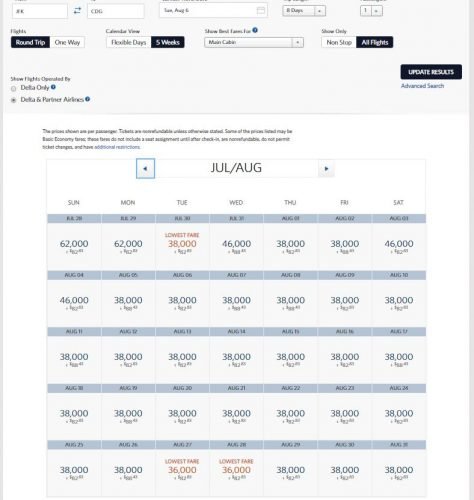 And this is Seattle to London starting at 35,000 SkyMiles. 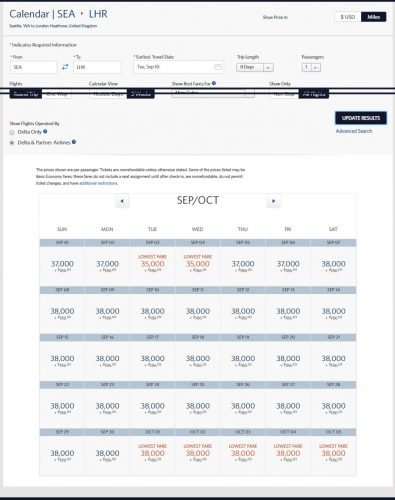 London is available at a vastly reduced rate, which makes me believe you can find more. So don’t hesitate to look for more destinations if you aren’t interested in either Paris or Amsterdam.

Between August and October, you can fly to Paris or Amsterdam in the well-reviewed Premium Select class for only 68,000 SkyMiles. You can also fly to other European cities (I’ve found London, but there are probably more) for 35,000-38,000 SkyMiles in Economy. Judging by most of Delta’s previous sales, this one might keep going and going beyond tonight’s expiration date but if I were interested, I would book sooner rather than later.

Filed Under: Bargains, Cheap Travel, Miles and Points
← Avios: Iberia vs British Airways: Which Avios to Use to Fly Iberia in Spain?
The New Citi 48 Month Rule Now Covers All Citi AAdvantage Cards INCLUDING Business Cards and No, It Isn’t Good!! →
0 0 votes
Article Rating
Subscribe
Login