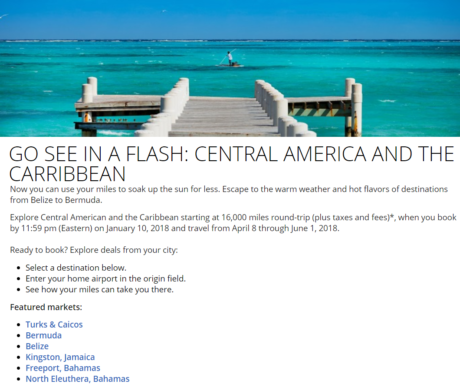 Delta is having another one of its flash sales starting at 16,000 miles per roundtrip, this time to the Caribbean and Central America (found at DoC). I found one city-pair for 12,000 miles, and there might be others.

I played a little bit with the pricing. Not because I need anything but just… ’cause. There are quite a few semi-bargains you can find a place you want to go to.

Bermuda is the best value of the Delta award sale

The absolute winner of this Delta award sale, IMHO is Boston or New York to Bermuda. JFK to BDA goes for 19,000 and BOS to BDA for 12,000 miles round-trip. The latter is an absolute bargain. The flights to Bermuda are short but expensive, and May is actually one of the best times to visit the island. It’s not crowded and not too hot yet, but the ocean is already warm and the sand is as pink as ever. I’m tempted but… can’t. 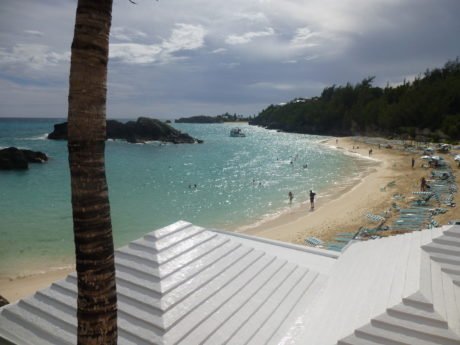 Bermuda should be a delight in May

As expected, the Delta Award Sale still leaves its captive customers in Atlanta the shorter end of the stick, but it’s still better than regular rates. A round-trip flight between Atlanta and Bermuda will cost you 28,000 miles.

The next good deal is Turks and Caicos. Reportedly, the island has mostly cleaned house after the hurricane and is ready to take your money again. Here are the award prices:

From New York to Nassau and Punta Cana:

Flights to Belize, Panama City and Managua cost the same from Atlanta and New York (via Atlanta)

Jamaica is more expensive. From Atlanta or Boston (via Atlanta) it’s 35,000 miles, but from New York it’s “only” 34,000. That’s no bargain, of course, because 35,000 miles is a regular rate between the U.S. and the Caribbean or Central America, from the chart that Delta pretends not to have anymore.

Once again, all rates are roundtrip.

Check them out and see if this Delta Award Sale is going to work for you, but hurry — not only because the sale ends on 01.10, but also for a better choice to get the dates you need.

I found flights to PTY for 22,000 but, not over the weekend (Th or Fr-Monday) which is when I like to travel. Also, the discounted options have very long layovers in ATL. AA is 15k one way to Central America with decent availability.

Yeah, since most leisure travelers prefer flying on weekends, airlines have very few incentives to cut us a break. AA is a good choice if it works for your schedule.