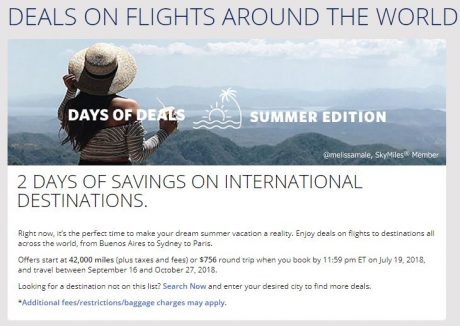 I checked the same flights and same dates today, and I now fully concur with asthejoeflies — these Delta bargains might have nothing or little to do with the recent promo. While some routes are slightly more expensive today, other routes are priced even better!

Here are the results. 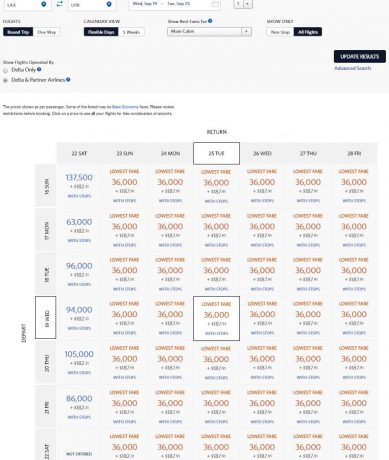 But the Economy rates are fantastic — especially the ones between LA and London.

So don’t write SkyPesos off — yet!

Delta is running a promo called Days of Deals — Summer Edition. You must book by 11:59 pm ET today, 07.19 and travel between 09.16 and 10.27. Unfortunately, no business class deals here — Main Cabin only, but some rates Delta’s offering are phenomenal. 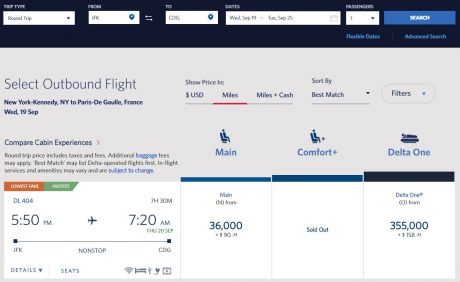 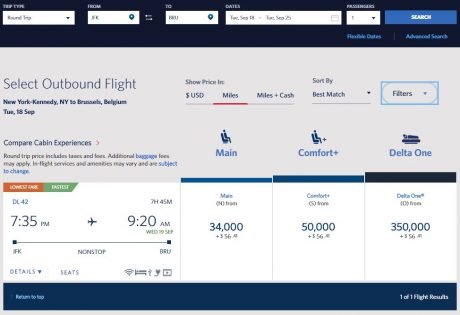 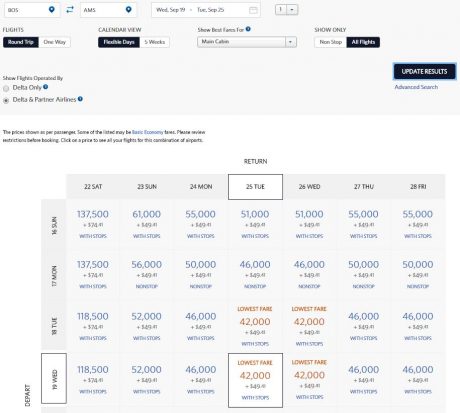 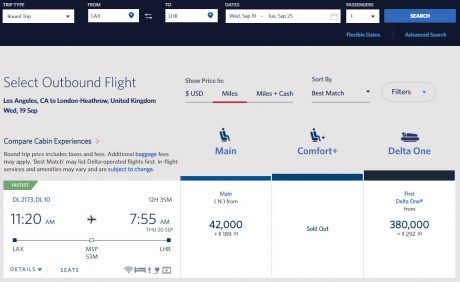 You can also find flights to Europe for 42,000 miles from Atlanta and Indianapolis, but some cities fare much worse. I didn’t find anything good from Minneapolis or Detroit, although I haven’t searched extensively.

Delta also has deals for other parts of the world — Asia, Australia and Latin America.

There are some restrictions, too.

Award Availability |Promotional fares are not available on the following dates:

UPDATE: asthejoeflies believes these prices might not be due to the promo. I’m going to check tomorrow.