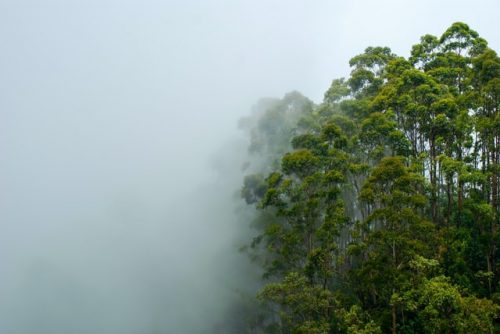 Photo by J.A.Neshan Paul on Unsplash

Here are some interesting articles and posts from around the blogosphere.

It would only cost you 33,750 Turkish miles to fly in Business between Dallas and Istanbul from September 24 to March 23. While this deal is very narrow (it only works between these two cities), that’s a 12-hour flight in a delightful Business Class cabin on Turkish Airlines’ 787-9 Dreamliner. Excellent find by God Save the Points, further researched by yours truly here.

Per Miles to Memories you can get $100 deposited to United TravelBank with a free 2-month CLEAR trial. If you foresee a revenue fight on United in the future, that’s a solid $100-off deal. As to CLEAR, I remember standing in a long TSA-PRE line at LGA one day, while people kept darting past me in the CLEAR line (which wasn’t really a line because there wasn’t anyone waiting). Totally worth trying, IMHO.

Here is a Simple Flying report about United downgrading its transcontinental service between JFK to LAX / SFO.

Starting October 5th, United Airlines will run 169-seat Boeing 757-200s from New York (JFK) to San Francisco International Airport (SFO) and Los Angeles International Airport (LAX). This will replace its current 167-seat Boeing 767-300ER. Premium travelers have the most to lose on this swap. Moving from 46 authentic Polaris seats in a comfortable 1-1-1 configuration to 16 lie-flat seats in a 2-2 configuration, premium customers lose out on direct aisle access from every seat and a newer seat.

The point is somewhat moot, however. Getting a premium transcon award on United is almost impossible, be it from JFK or EWR to LAX or SFO. So what we’re dealing with here is yet another airline tweak changing things from bad to worse — what else is new?

As if you needed more evidence of Marriott’s ineptitude, here is a Loyalty Lobby report. Apparently, due “to the complexities of the Starwood and Marriott merger in 2018, [Marriott] can only provide Lifetime qualifying year data from December 2018 onwards.”

Huh? So in Marriott’s collective mind, the term “lifetime” only dates back to 2018? What a remarkable WTF moment!

Check this Slickdeals thread for a highly-rated Maldives all-inclusive resort starting at $2,889 per 5 nights. The price includes practically everything: food, drinks, taxes and even airline transfers. Here is my take on this deal.

Per Mark from Miles to Memories: Citi Has Removed Us As A Partner For Sharing Our Honest “But Colorful” Experiences.

What a bizarre experience! Of course, it’s easier to shoot a messenger than fix an actual issue. If I were in Mark’s shoes, I’d reach out to “his man” Aaron to hear his take on that. Just saying. 🙂

I once lost my affiliate links for doing what I believed was right for the readers, so I can sympathize.

The worst possible news that could come at this point is that Delta breakthrough cases requiring hospitalization may be more prevalent than we thought. Per Mlive:

‘The delta variant is an evolutionary creation by this virus in its desire to circulate among the human population in a more efficient manner to keep infecting hosts,’ Dr. Liam Nelson, an infectious disease specialist with Spectrum Health, said. ‘Delta has been a game changer,’ he said.

The trend is toward more coronavirus cases in West Michigan and statewide in recent days, as well as more hospitalizations. As of Aug. 25, Spectrum Health’s system of hospitals had 112 inpatients with COVID-19. Of those, 20 had been vaccinated and are considered breakthrough cases.

What a great “argument” for anti-maskers and anti-vaxxers — since it doesn’t help everyone, what’s the point, right? Of course, it’s not right. Clearly, breakthrough cases are on the rise, but this is still the pandemic of the unvaccinated. Even if Delta hospitalization risk goes up to 20%, this means the protection against a severe decease is still quite remarkable.

According to CNBC, the CDC might authorize a booster shot after 5 months instead of 8 or 6.

Biden, who was speaking with Israeli Prime Minister Naftali Bennett on Friday, said health officials were considering following that country’s lead on boosters…

Approval of the booster shots is expected to come sometime around Labor Day after federal health officials have time to review data from other countries.

Here are some sad news for people looking forward to traveling to Europe this fall, like me. I’m almost fully booked for my October trip to Portugal. Will I have to cancel it too? EU to Reimpose Entry Ban on Travellers From US & 5 Other Third Countries on Monday.

While U.S. anti-vaxxers keep kicking and screaming at the evil government pushing its evil vaccines to turn them into obedient, infertile, genetically-modified reptiles, support for vaccines in many other countries has been nothing but phenomenal. In Brazil, anti-vaxxers are in a tiny minority just like a blip on a radar — unfortunately, vaccines in Brazil are not nearly as widely available as in the U.S and vaccine shipments have been fraught with significant delays. As of August 27 only 28% of Brazilians are fully vaccinated.

That didn’t stop a Rio de Janeiro man from getting five jabs in the course of 10 weeks. He received two Pfizer, two Coronovac and one AstroZeneca dose. He was about to get the sixth one to complete the cycle but this is when he presumable got caught. While the Rio prefecture is investigating the man, such unabated enthusiasm is nothing but remarkable. 🙂

Posts 1, 2, 3. There is so much good stuff there this week! Here are my favorites.

Their “business model” was selling heavily discounted travel packages that were supposed to be valid for several years.

Earlier this month, the company emailed their customers and informed them that they had ceased trading and that all reservations already made at any of the hotels would be null and void.  They also communicated that they would later have a refund application up on their website.  That begs the question, how could they refund any money if they had no money to pay the hotels in the first place?

Here is a list of the 17 Best Small Towns in Europe from Leisure and Travel. Frankly, I haven’t heard about most of them, but they look beautiful.

The BJ offer for what is effectively a $50 off 1-year membership has been extended until Jan 29. You get “$50 in cash Awards loaded to your Membership Card” that you can start using 24 hours after joining. There are some terms and exclusions, though, so read the fine print PLEASE!

You will laugh. Hard. Guaranteed!